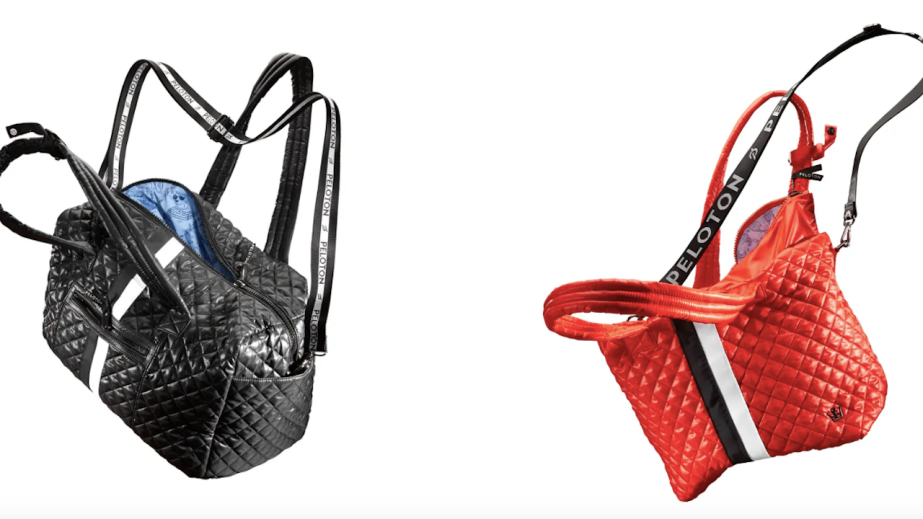 How fitness brands Peloton, SoulCycle and Equinox are cashing in on clothes

To tap the athleisure market, which has ballooned over the past five years and is forecasted to become an $83 billion market by 2020, fitness companies and gyms are launching apparel labels and, at the same time, evolving into bonafide lifestyle brands.

They’re collaborating with brands both big and small, as well as launching their own lines and partnering with major retailers. Here’s how the fashion ambitions of Equinox, SoulCycle and Peloton stack up.

Peloton
Peloton’s first big collaboration came toward the end of last year, when it released a capsule collection with Fila. Since then, the company has begun selling apparel created in collaboration with brands including Rhone, Lululemon, Vuori and Solfire — all ongoing partnerships, sold online and in-stores — along with clothing and accessories for men and women under its own brand label.

According to a brand founder that has worked with the company, Peloton has an open and collaborative approach to partnerships. The latest of the company’s collaborations is a series of bags from young DTC brand Oliver Thomas, launched at the beginning of this year and sold on the brand’s e-commerce site, on Peloton’s site and in all of Peloton’s retail locations — it plans to have 100 by the end of this year. The bags, which feature RFID tags for tracking and identification purposes, trolley sleeves and a secret compartment in the bottom, came out of an impromptu mind-melding session with Peloton’s vp of boutique, Jill Foley, said Sue Fuller, founder of Oliver Thomas.

“What we did was, instead of logo-slapping, we worked collaboratively with them,” said Fuller. “I told Jill the whole story of the brand, and she just said, ‘Yeah, let’s do something together.’ I interviewed a ton of Peloton users — I actually followed some of them around. I came back to them with these two bags made for someone who wants to work out, but is always connected. That’s what their customer needed, and it’s what I wanted to solve for them.”

Peloton brought in $700 million in revenue last year, though they declined to say how much of that revenue came from apparel sales.

SoulCycle
SoulCycle has had a different journey into the fashion world, one that has had less of a focus on collaborations and more on building up the company’s internal apparel departments.

From its inception in 2006, SoulCycle had always had some form of apparel offerings. By 2017, those offerings had grown from a few T-shirts to between 40 and 60 new styles released each month. However, it was not until the beginning of this year that SoulCycle built up an in-house design team and began doing all of its apparel production in-house, rather than just screen-printing logos onto Nike or Lululemon clothes, or doing limited collaborations with other brands like Target.

“Apparel has always been a part of what we do,” said Caroline Gogolak, vp of retail at SoulCycle. “Then, it evolved into these monthly collections. Then we finally built an in-house design team with people who have worked at Barneys and Victoria’s Secret. We built proper factories to manufacture our technical designs. We want to take SoulCycle and bring it outside of these four walls.”

This collection is sold at Nordstrom, in addition to SoulCycle’s DTC channels, with SoulCycle CEO Melanie Whelan citing the chemistry between the brand and Nordstrom as the reason the brand was convinced to go wholesale. Additionally, SoulCycle has upped its collaboration game over the last few years, partnering with brands like Lululemon and Public School.

In 2015, the most recent year with data available, SoulCycle made $18 million in revenue from retail sales out of $112 million total. The company declined to give more recent figures but did tell Recode that revenue had increased every year since.

Last year, Equinox unveiled the Commitment collection, a line of seven luxury products ranging from a jacket to a sweatsuit to sunglasses, designed by towering figures of the fashion world like Virgil Abloh and Eckhaus Latta. Year-round, Equinox stocks a rotating supply of apparel from brands like Nike and Lululemon, in addition to its own branded lines of performance wear and casual wear. All are available at Equinox gyms and its retail locations, called The Shop @ Equinox.

But what is most interesting about Equinox’s fashion play is the way that it has used its employees as influencers to further apparel sales. Late last year, the company launched an internal talent management agency to represent its employees, many of whom have large followings on Instagram. Through that platform, Equinox has helped those employees turn into full-fledged influencers who can be ambassadors for the brand and its apparel.

Equinox does not report its earnings, but in 2017, it was estimated that total revenue for the company (including its brands like SoulCycle and Blink Fitness) was around $1.3 billion.