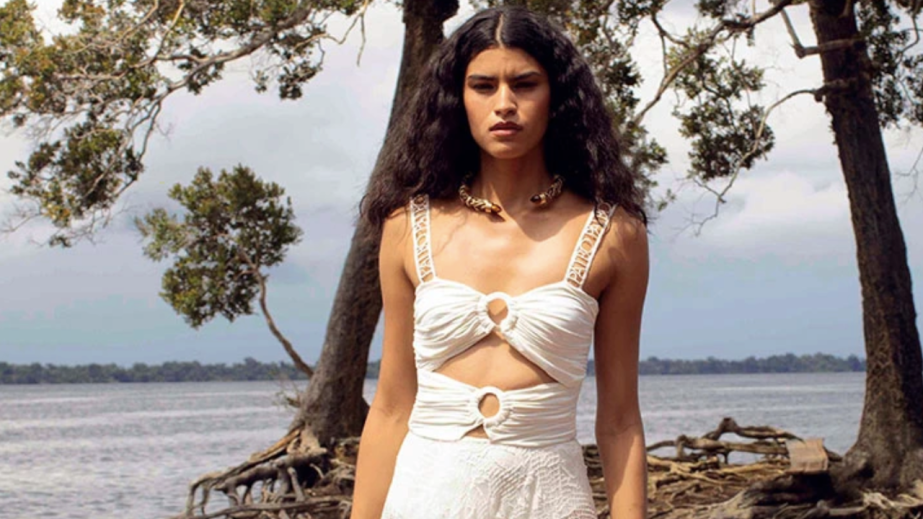 Fashion brands attempt to compensate for the falloff of fall fashion

The regular cadence of brands producing seasonal collections and retailers making big orders has been disrupted. Big brands like Marc Jacobs have already halted production of the fall season. According to Morgan Curtis, founder of loungewear brand Morgan Lane, one of the first reactions from the retail world was to cancel all fall orders, which has wreaked havoc on many brands’ carefully planned-out schedules.

For brands like Morgan Lane and PatBo, which rely on a regular revenue stream of wholesale orders each season, an outright cancellation of a season can have dire effects on the business. So instead, these brands are coming up with novel ways to compensate for a disrupted seasonal calendar.

“What we had to do was take all the top sellers in the fall collection — the things we were most certain would do well — and move them into the holiday collection. Then we took some of the less popular stuff from the holiday season and just get rid of it,” Curtis said. “It’s basically one big fall-holiday mega-collection that will deliver in September, as opposed to July or August, which is when we would normally deliver fall, and October, when we would normally deliver holiday. The reason we moved it up is because these products tend to have a longer shelf life. Pre-fall is our biggest season, but fall is usually a really big order since it can stay in the store for longer.”

Curtis said her brand’s sales are 60% wholesale, as of last year, but its DTC sales have been growing in the last three years. Net-a-Porter is its top wholesale partner, based on sales, followed by U.S. department stores Neiman Marcus and Bergdorf Goodman. But even online partners have canceled orders since their warehouses have been shut down. Net-a-Porter’s warehouse has been closed for over a month now, which Curtis said has been hard since the brand was hoping its loungewear would sell well with everyone in lockdown.

The toughest part of a canceled fall season, Curtis said, is the loss of valuable revenue in August and July, when fall would typically be delivered. On top of that, some retailers are also trying to push resort orders to January, which would mean two lost seasons this year and further disruption to the end-of-year fashion calendar. Curtis said if that ends up happening, she may try releasing a collection through DTC channels in November and then opening it to wholesalers in January when they have the budget for it.

For Cara Chen, vp at PatBo, a brand which does 90% of its sales through wholesale, looked for a different solution. Fall makes up about 35% of the brand’s total sales.

“What we did was go to each of our retailers and work with them to determine what the best of the best styles from our fall collection were and reduce the size of the orders to just give them the things they thought would sell best,” Chen said, noting that the brand reduced its average fall order size by around 30%. “Because of that, and because we were really open with our partners, none of our fall orders have been canceled so far, just reduced in size. And each retailer has different customers, so Saks got to pick the things they thought would sell best to a Saks customer and so on.”

Fall is the brand’s second biggest season, based on sales, just after resort, though Chen declined to share sales numbers, and it’s important to the brand’s overall calendar. To offset some of the loss from fall, the brand brought back a summer beach dress that sold over 1,000 units last year. PatB0 doesn’t manufacture in China, which saw its biggest coronavirus hit earlier this year around the time when most summer collections were being made. PatBo’s manufacturing capacity in Brazil only dipped by around 30%, allowing the brand the capacity to keep making some of its most popular summer styles and selling them through direct channels.

“We’ve also been trying to do more to drive to our direct channel on our site,” Chen said. “We repost customers who wear our stuff on Instagram, we DM them discount codes that you can’t get anywhere else, and we send individualized marketing emails to customers rather than just blasting them out to everyone. We noticed a lot of our customers had canceled weddings, so we’ve gotten in touch with some of them to talk about what dresses and styles we’ll have in stock for the time of their new wedding date. The disruption of the calendar has really forced us to be scrappy and come up with lots of ways to improve our direct business.”