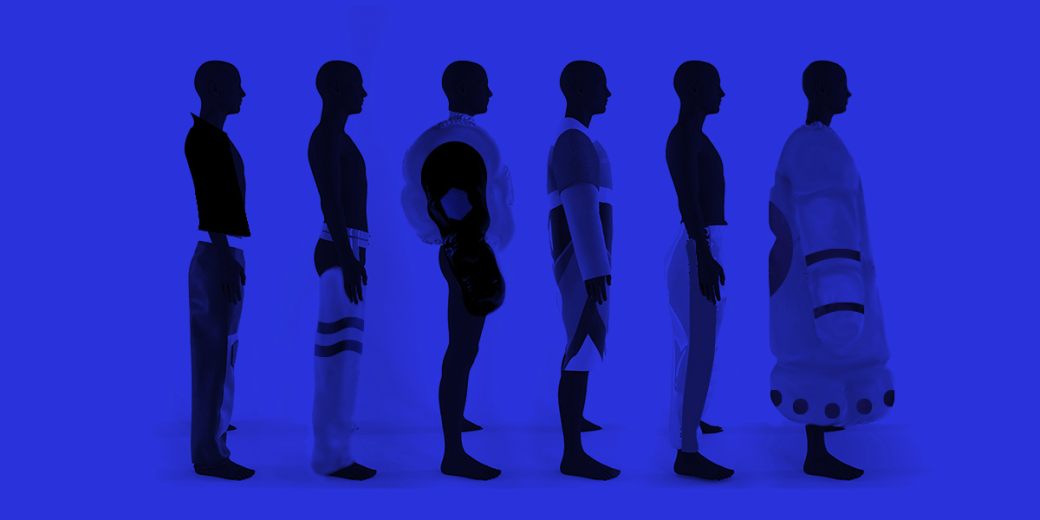 How 3 fashion brands entered the metaverse in November

In the second month of our fashion metaverse series, we are looking at what brands have entered the space, why it matters and what they are bringing to the table. Here, the metaverse is defined as the future of the internet, a shared 3D virtual universe that users can exist in perpetually.

The next generation of this online reality is already coming fast, with different communities growing across the internet each day. Read a recap of their different characteristics in our NFT explainer and have a look at how NFTs and unique metaverses are going to be entering new areas like fashion media and entertainment as part of our coverage this month. With megabrands like Nike hinting at their entry into the virtual universe, it’s clear that the space is only going to expand.

Here, we have a look at three brands that have taken the leap and stepped through the digital door into the metaverse. This month, art and culture crossovers are trending in the space.

Joining forces with Japanese artist Takashi Murakami and 3D technology company DAZ 3D, RTFKT (pronounced “artifact”) is CloneX, a large crypto art project that launched on November 30 with a public sale of avatar NFTs. The 20,000 digitally-generated 3D characters all have unique features that were compiled through a randomized system. Murakami contributed designs for some of the facial features, outfits and traits of the avatars, incorporating his pop-art aesthetic into the pieces.

Why it matters: RTFKT is looking to become one of the leaders in the NFT space, bringing hype culture to the digital realm similarly to how Supreme changed fashion. Its CloneX project is a continuation of its work that started with digital sneakers and streetwear. Collaborating with a noted artist like Murakami puts the company’s work into a new arena, similar to how Jean-Michel Basquait’s “Equals Pi” painting elevated Tiffany’s advertisement with Beyonce and Jay-Z.

Givenchy has partnered with graphic artist Chito to launch 15 NFTs on Polygon that were sold through a seven-day simulated auction that started on November 30. The Aura Blockchain Consortium, a network of luxury companies, which incorporate blockchain technology into their processes, in partnership with ConsenSys, were consulted on the development of the smart contracts used in the sale. Those included LVMH. The proceeds from the sale will go to Givenchy’s charity partner, non-profit The Ocean Cleanup that is working to develop technologies to eliminate plastic pollution.

Why it matters: There are not many luxury brands that have launched their own NFTs, although many like Louis Vuitton and Balenciaga been involved in the gaming space by designing skins or digital goods. With the help of the Aura Consortium, backed by Givenchy owner LVMH, other luxury brands will no doubt take an interest in blockchain technology and products like NFTs to advance their strategies.

The British fashion house JW Anderson announced earlier this week that its first NFT will be the Colourblock Patchwork Cardigan — made famous by Harry Styles — from the label’s spring 2020 menswear collection. The brand has developed the cardigan to be a hyper-realistic NFT object, which will serve as the first item for the newly launched auction platform Xydrobe.

The cardigan was made famous by Styles when he wore it to NBC’s “Today Show” in February 2020. The piece quickly became part of fashion history, with the real cardigan currently on display at the British art museum V&A. The digital re-creation took 300 hours for the team to develop, with every piece of the yarn being created in 3D before being woven together in the six knit patterns that are used within the original item. Proceeds from the sale will go towards the LGBTQ+ charity, Akt, after the 48-hour auction begins on December 12. It will have an initial reserve price of £10,000, or around $13,300.

Why it matters: This is one of the first hyper-realistic digital pieces produced by a fashion house, proving that digital creations can defy expectations when focused on the re-creation of the craft. It is also one of the first NFT objects that was created through the wave of recreations that went viral on TikTok, with the first crocheting video by Liv Huffman (@lilbittylivie) accumulating over 3 million views and more than 944,000 likes in June 2020.