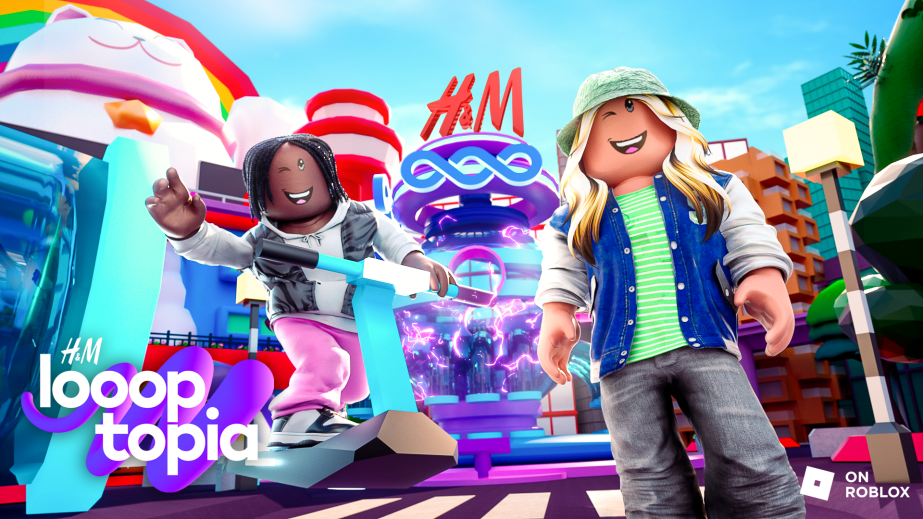 H&M is promoting sustainability in the metaverse

The fourth most popular brand online, H&M, has been dabbling in virtual garments and gaming for the last six years. Its main metaverse content focus is sustainability — although it has no plans to shift any portion of its core production to virtual clothes.

H&M has been expanding its digital product range as it struggles to keep up with Inditex’s growth. Net sales for September-November, H&M’s fiscal fourth quarter, rose 10% to 62.5 billion Swedish crowns ($6.1 billion), up from 56.8 billion crowns a year ago. To compare, for the first nine months of its fiscal 2022, Inditex posted $3.3 billion in net sales, up 24% from $2.8 billion last year.

On January 4, H&M launched Loooptopia, an immersive “circular” gaming experience on Roblox. In the game, players collect coins to open loot boxes filled with fabrics in different colors, materials and textures. They can then slot the fabrics into a machine to create over 1,000 different in-game digital garments. It marks H&M’s latest digital fashion launch focused on sustainability. In December, it teamed with The Institute of Digital Fashion on a three-part phygital collection that included digital fashions, available to try on with augmented reality, and real garments sold in store.

“Through the [new] experience on Roblox, we let players experiment with materials and patterns in a playful way, creating the next virtual garment and wardrobe for their avatar. In the coming years, H&M will continue to explore this fast-growing expanse of virtual and augmented realities,” said Max Heirbaut, global head of metaverse brand experience at H&M. Heirbaut previously worked at gaming company Toca Boca, before moving on to advising brands on gaming strategy.

“The duality in identity we now see with younger generations gives a glimpse into what’s next for fashion culture at large,” he said. According to Heirbaut, circularity is an important element of the Roblox game for H&M. The experience allows players to remix or recycle garments to earn super-rare elements to create a one-of-a-kind piece.

However, the brand’s latest gaming venture still reads like an extension of its messy history of linking sustainability and the metaverse. Initially, the metaverse and digital fashion experiments from H&M were innocuous. The Swedish retailer first launched virtual clothes for The Sims in 2007, via a collaboration with gaming company Electronic Arts. It shelved the idea until 2020, when the metaverse became a trending concept at the height of the pandemic.

However, it wasn’t until 2021 that the brand started combining its metaverse activations with sustainability language. It appointed Maisie Williams as a sustainability ambassador with a digital avatar in 2021, prompting an outcry from experts in sustainable fashion over the actress’s lack of credentials in the field. In the same year, H&M came out with a PETA-approved digital fashion collection and its first “Looop” digital fashion island concept for the Nintendo game Animal Crossing. Like the 2023 Roblox launch, it was meant to promote circularity among the gamer community — while not extending the concept to its physical product range.

However, the brand is adamant that its circularity efforts do extend to its physical range. “Technology not only allows for new ways to engage with our customers, but it’s also a tool in the shift to a more circular fashion industry. For example, in the design stage, we’ve moved away from designing a product using traditional sketches and physical samples toward using virtual design production,” said Heirbaut.

IoDF founder Leanne Elliot Young, who worked with H&M on the collaboration in December, said that the brand is making an effort to partner with web3 companies focused on sustainability. “When a brand like H&M steps into a new arena like the metaverse, there are always harsh critiques as to why, especially when sustainability is a driver,” she said. “As the fundamentals of web3 are solutions for fashions sustainability issues, [it was important that] H&M’s launch was incremental and holistic, while leaning on narratives that audiences easily understood.”

H&M’s sustainability marketing and language increased around 2020, as the company focused on documenting its supply chain amid greenwashing allegations and mountains of unsold goods. According to the New York Times, H&M sells an estimated 3 billion garments a year. In 2019, it held $4 billion worth of unsold clothes. It was also in 2019 when the Norwegian Consumer Protection Authority first launched an inquiry into H&M for greenwashing using the Higg Index.

Four years later, H&M has been at the center of two greenwashing inquiries, from the Norwegian Consumer Protection Authority and the Netherlands Authority for Consumers. In July 2022, a U.S. consumer filed a lawsuit against H&M over greenwashing surrounding its Conscious Collection. Now, H&M is in a heated battle with the Norwegian authorities over how much unsold stock is sitting in the local market.

In step with dealing with these inquiries and lawsuits, H&M has come out with digital fashion collections tied to sustainability. In January 2022, it launched the Divided Virtual Competition in partnership with virtual fashion marketplace DressX. The marketplace was built on the idea of sustainability, pushing digital fashions as alternative fashion options without the carbon emission impact. “The production of digital items can, on average, reduce the carbon footprint by 97%, in comparison to the production of the physical items,” said Olga Chernysheva, chief sustainability officer at DressX, citing internal calculations by the company.

For H&M, which is still dealing with issues of unsold stock and overproduction, digital fashion is more of an exercise in digital creativity. At the moment, the company does not have plans to transition any of its existing production to virtual-only goods.