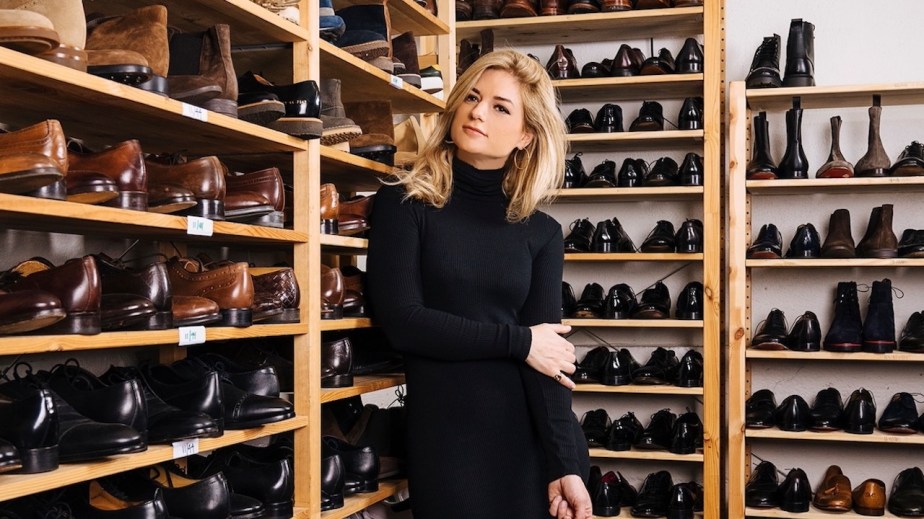 Fashion Briefing: Inside the race to become the men’s Goop

“The Warby Parker of” had its day in the sun. Now, startup founders are aspiring to build their businesses like Goop, despite its issues. At the same time, they’re focusing on the men’s market, where there’s less competition — for now, anyway.

“Our goal is to be Goop for guys,” said Parisse Majd, founder and CEO of men’s activewear e-tailer Le Mec, launched in August. “That’s what’s missing — real talk about real [men’s] stuff, with a focus on content and community.”

Meanwhile, fashion stylist Ilaria Urbinati celebrated the 1-year anniversary of her men’s content site, Leo, this month. It currently makes money through affiliates, sponsored content, and newsletter and video ads. But, once the Leo brand is established, she plans to explore more opportunities.

The past 18 months have shown, loud and clear, that diversifying revenue streams is a safer bet for founders than putting all eggs into one basket, be it apparel or advertising sales. What’s more, the pandemic has lifted the fitness and wellness markets to new heights. In terms of activewear, according to NPD Group data, men’s sales in the first half of 2021 were up 29%, compared to the same period in 2019. While growth of menswear has recently outpaced womenswear, women’s activewear sales were on par with men’s, up 28% for the same timeframe.

According to Business Insider, since 2019, the company has raised nearly $135 million and is valued at $430 million. Investors include Greycroft, Lightspeed Ventures and Felix Capital.

But the company hasn’t been without its share of controversies. Along with being criticized for its inaccessibility and high price points, it’s been accused of making unsubstantiated claims around products’ capabilities, and offering up risky and harmful recommendations. Earlier this month, it came under fire for reportedly overworking and underpaying employees.

Even so, companies have continued to take cues from the company, with many doing so while tackling apparent white space in the men’s category.

“If you’re a woman, you have a lot of different options, when it comes to magazines and websites,” said Urbinati. “Men more so get put into boxes: You have the sports magazine, you have the health magazine, you’re speaking to the hiking-adventure-outdoorsy guy or the needs-a-suit-to-go-to-the-office guy. But the same guy who likes UFC fights and Tom Brady listens to intellectual podcasts, cares about what he looks like, and is into his kids. And there isn’t that one-stop shop [centering on] both style and lifestyle.”

Stories featured on Leo’s homepage include a mood board by designer Billy Reid, instructions by Ryan Reynolds’ groomer on “what to pack in your dopp kit,” a breakdown of the best electric cars and a Boston city guide by actor Casey Affleck. Both Reynolds and Affleck are Urbinati’s styling clients.

Of course, one could argue that Goop is also speaking to a niche audience versus the everywoman. What’s more, as a Goop spokesperson said in an email, “Goop is the men’s Goop.” The company launched a men’s content vertical, podcast and newsletter in 2019. At the time, Goop head of content Elise Loehnen told Glossy that 23% of Goop.com’s 2.5 million unique visitors were already men.

But perhaps its reputation as a women’s brand has proven prohibitive, in terms of men’s willingness to latch on. For example, when asked to name the current closest thing to a men’s Goop, Cale Weissman, editor-in-chief of Glossy sister site Modern Retail, first pointed to Hims. The personal care startup has faced comparisons to Goop since launching in 2017. It’s since expanded to also cater to women, and leaned into products and telemedicine over content. Emerging umbrella company Hims & Hers went public via a SPAC last year. Goop did not provide a current number for male readership on time for this story.

Those newly entering the space are counting on their reputations to help carry them. For her part, Urbinati said she’s built a following over the course of her career, which has included styling Eric Lively on “The L Word” and owning an L.A.-based menswear store, Confederacy, for five years until 2013. She now gets “thousands” of daily DMs from men with questions about what they should buy and wear.

Her reputation as a tastemaker, especially among her clients, inspired her to launch Leo during the pandemic’s downtime.

“They come to me for anything taste-related,” she said of her clients, who have included Rami Malek, Chris Evans and Bradley Cooper, among others. “[They ask me] where to go on a date, where to eat, where to travel, what gifts to buy… I’ve even had clients send me their scripts to read before they’ve taken a role.”

Urbinati theorized that she earned the advisor role due to her assertiveness. Judging by how she described it, her approach to styling men mirrors the marketing voice that’s long been leveraged by men’s brands such as Details magazine and J.Crew. Think: “This is the only [fill in the blank] you need.” She uses the same strategy when writing styling advice for Leo. Among the site’s most-read stories is her very direct guide to dressing for your age. “The voice I used was a lot like the voice I use in a fitting, which is a bit like I’m yelling at someone: ‘If you don’t wear this, you’re an idiot,’” she said. “Early on, Leo’s slogan was, ‘Trust us.’”

Urbinati’s clients are often featured as story subjects, as are other celebrities and celeb-adjacent people, like their trainers, who she can access through her peer circle. Though she declined to share numbers around Leo’s audience, she said it’s largely men ages 25-55 who reside in large cities including L.A., New York and London. And, she said, there’s strong overlap with the people she profiles, which works to attract brand partnerships.

“We have a real industry following,” she said. “You’re not going to get a lot of opportunities to get in front of these kinds of readers. Even if you look at our Instagram followers — I don’t know how to [describe it] without sounding like a douchebag — they’re the influencers’ influencers.”

Urbinati said she doesn’t feature banner ads or clickbait, and exclusively enters partnerships that feel organic. For example, Zegna sponsored a post counting down to its recent runway show. And Dolce & Gabbana paid for a shoppable guide to Sicily, penned by its designers.

Leo has a menu item labeled Shop that links to a landing page selling all items featured in its stories. Moving forward, Urbinati plans to work Leo into her product collaborations; she has five under her own name set to launch by the end of the year.

Le Mec’s Majd, meanwhile, has a 15-year activewear career backing up her health and wellness authority. She spent four years as a women’s merchandiser at Lululemon before moving on to Under Armour to start its yoga business between 2011-2015. She’s also had stints at Athleta, Eddie Bauer and Victoria’s Secret.

“The men’s [activewear] market is mirroring where the women’s market was seven years ago, when Carbon38 and Bandier stepped in to be curators of all the brands,” she said. Caroline Gogolak, co-founder of Carbon 38, is on Le Mec’s advisory board. “Currently, there are more than 100 men’s activewear brands that are emerging, all wanting to compete with Lululemon.” Lululemon launched its first men’s campaign in 2017. This year, it’s set to double its men’s business according to its second-quarter 2021 earnings.

NPD data shows that the top-four men’s activewear brands now make up 34% of the market. They include Nike, Under Armour, Hanes and Adidas. “[Still,] there’s room for smaller brands to thrive, if they have a different point of view,” said Matt Powell, senior sports industry advisor at NPD. “That could be a unique target customer or a specific activity focus.”

He noted that the major social changes that came out of the pandemic include consumers’ greater commitment to a healthy lifestyle, which bodes well for the activewear market.

As Majd sees it, the giants in the space will always win on fit and fabric. But Le Mec can differentiate in providing styles with special-making elements, as well as providing a cool factor for men that Lululemon doesn’t. For the latter, she’s hired a freelance creative director to give the brand’s website and Instagram a distinct look and feel. Le Mec currently sells 12 brands, and its average order value is $240. It operates using a wholesale model to ensure a luxury customer experience.

To get off the ground, Le Mec, which means “the dude” in French, raised a friends-and-family funding round of $500,000 that’s set to last it for the first year. Most of that investment is going to paid Facebook and Instagram ads — Le Mec’s customer acquisition cost is high, at $90. The goal is to reach $1.2 million in revenue in year one, $4.5 million in year two and $15 million in year three, based on Carbon38’s trajectory. By year three, Majd said, 30% of Le Mec’s inventory will be private label. “That’s how we’ll make money,” she said.

And, in true Goop form, content is expected to become core to the company. In September, the company launched on its site Le Blog, dedicated to content. The first story was a 30-day guide to training for a triathlon.

The Fendi x Skims collab was among the week’s biggest stories.

Why Elie Tahari dropped wholesale partners during the pandemic.

Monique Lhuillier shares her secrets to reaching 25 years in business.

How Shein is taking over social media advertising.

Poshmark is letting brands sell on its platform.