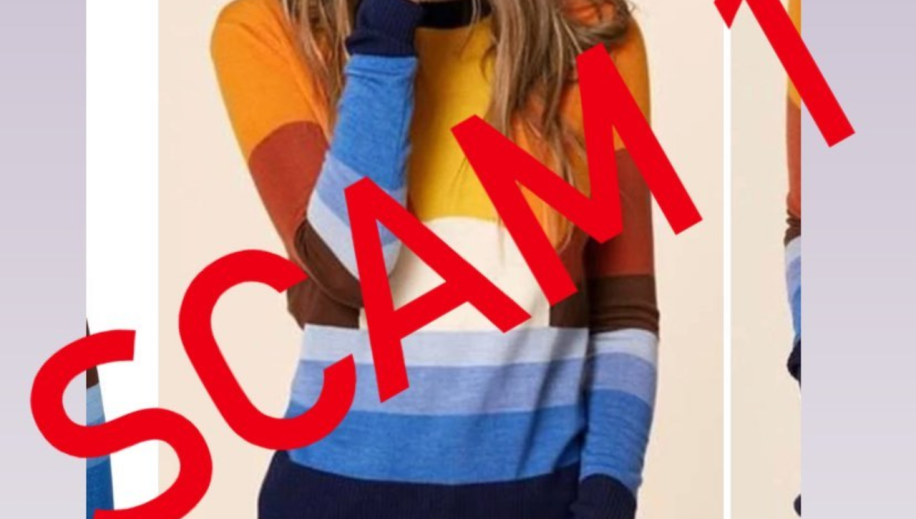 Confessions of a brand fighting counterfeits: ‘We’d easily win in court, but it’s not always worth it’

In early December, Elliot Hans, founder of California streetwear brand Stoned Immaculate, stumbled on something he’d seen before: a cheap knockoff of one of his brand’s styles. This time, it was a sweater, on a site called Lecastar.

Lecastar had a minimal social media presence, no phone number listed on its site and multiple images plucked from other brands’ e-commerce sites, and based on the About section of its Facebook page, it appeared to be owned by Shenzhen Ningyi Electronics. The company did not respond to a request for comment.

Hans said he’d seen thousands of ripoffs of his brand over the years, but usually they allow for plausible deniability. But on this site, he found not just a sweater that looked like the brand’s, but also photographs from Stoned Immaculate photoshoots of models he had hired and paid for. Hans sent an email to the company demanding they take down the listing and, when he got no response, he began talking with his legal team on how to proceed. Ultimately, Shopify, which was Lecastar’s hosting platform, took the site down after Glossy reached out for comment.

When asked about its policy around sites selling counterfeit products, a spokesperson for Shopify said in an email: “We take concerns around the goods and services made available by merchants on our platform very seriously. We have multiple teams who handle potential violations of Shopify’s Acceptable Use Policy, notices of alleged copyright and trademark infringement, as well as fraud complaints. Shopify’s Acceptable Use Policy clearly outlines the activities that are not permitted on our platform, and we don’t hesitate to action stores when found in violation.”

Counterfeiting has always been a problem for fashion brands. It’s one of the main reasons luxury brands are hesitant to engage with Amazon. And counterfeiting has only gotten worse with the rise of e-commerce. While we’ve covered the issue of counterfeits numerous times in a broader sense, Glossy spoke with Hans to walk through, step-by-step, how counterfeiters harm a brand’s business and what can be done to stop them.

When you saw the listing, what was your first thought?
In any art, the highest form of flattery is being knocked off. In fashion, if you aren’t doing something right, then you’re not getting knocked off. That’s the nature of the beast. Anyone who steps into fashion has to be ready for it. If you do something really special, many more will try to copy it. There’s nothing you can do about that.

As a fashion brand owner for over 20 years, I’ve been knocked off probably thousands of times. It’s how it goes. You can’t patent a print or a silhouette. The problem here was that the sweater they knocked off was a licensed product we made with the David Bowie estate; it had David Bowie imagery on it. And not only that, but they also used our photography and product images, and labeled it as our brand. Now, it becomes a huge legal issue.

So what did you do first?
We actually ordered one. It’s rare that someone will use our photos and then actually ship a style that’s similar to the one pictured. We ordered it for $32 — ours is $300 — and got this cheap polyester, printed sweatshirt with no label and no care instructions — you legally need to include those on all clothes. It’s a plus for us that they aren’t selling the exact same thing, but they’re scamming my customers and my potential customers. They’re using our imagery and confusing our audience, and that’s why I wanted to make a big stink of it [on social media].

A lot of these companies, they just have an AI or algorithm that scans Pinterest and Instagram to see what kind of clothes get high engagement. Then they knock out a super cheap version and make a throwaway site, so they can sell it and make some money.

So you sent a cease and desist letter, but got no response. Before Shopify took the site down, what other options did you consider?
Right. I sent an email, as the CEO, asking them to take it down, and of course, I got no response. A lot of times, a company like this will be like, “Great, sue us.” The problem is that you don’t really know who you’re suing. They’re damaging your business, so obviously you want to shut them down. But when it comes to actual legal cases, it can be tough. A lot of these companies are based in China and will have five layers of shell companies before you get to whoever’s in charge. And they make themselves so hard to track down. So if we take this to court, it would be a slam dunk for us. We’d win easily. They’re using our photos and everything. The problem is that if they don’t show up to court, then we might win and be owed $50,000, but it’s on us to serve them the paperwork saying that’s what they owe us.

I don’t have the time or money to send someone to China, to track these people down behind five layers of shell companies and to serve them paperwork. So I could spend all this money on a court case — though I could ask the court to cover my legal costs — but the chances that I’m actually able to, or have the resources to, track these people down are slim to none. It’s doable, but do I want to spend the time and effort to do that? No, all I really want is the listing taken down.

Outside of the legal realm, are there things you can do to protect your brand image?
Yeah, I posted an Instagram Story about it. We aren’t really a big Stories company. I post them occasionally, but not often. When I do, it usually gets a few thousand views, even though we have over 200,000 followers. For some reason, when I posted about this scam, it got 35,000 views per slide. I’m still scratching my head about that. The marketing team was like, “How come we don’t get this many views for our campaigns?”

But I’m grateful a lot of people saw it. The main damage from something like this is it either loses potential customers who buy the style thinking it’s ours, or it confuses our existing customers — they buy it thinking it’s ours, and they get this terrible product. Before it was taken down, I wanted to warn people [to stay] away from it as best as I could. I’ve literally had over 200 people send me images of these guys knocking us off, and I responded to each and every one personally, thanking them for doing so.

As an owner, there’s only so much you can really do before the legal team gets involved and it’s out of your hands.