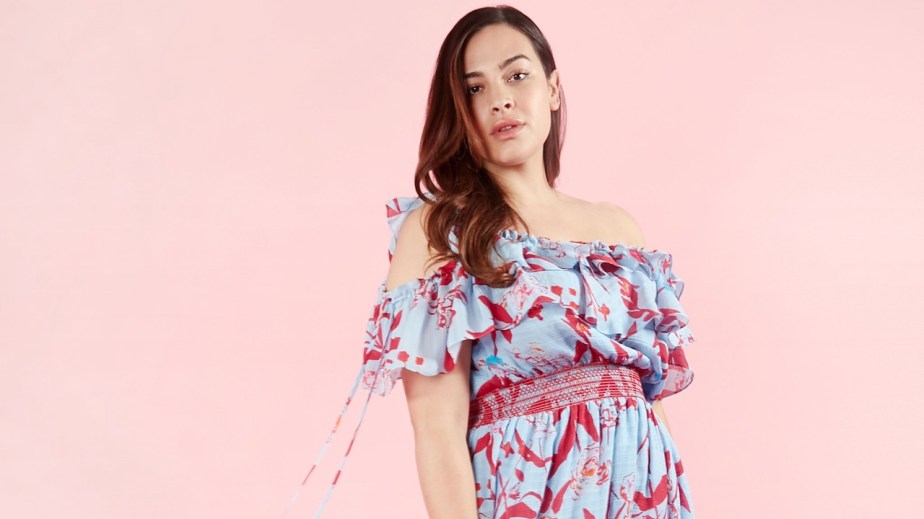 From fighting counterfeits to embracing curation: How Amazon is (finally) winning over fashion brands

Over the last decade, Amazon has conquered countless industries from streaming TV to groceries. And while the company has made inroads in becoming an apparel hub, as well, high-end designer fashion has continuously eluded Amazon. Luxury brands decry Amazon for its abundance of counterfeits, its algorithmic approach to merchandising and its lack of a distinction between high-end luxury dresses and big bags of Tide pods.

But a number of new initiatives from Amazon, along with the negative circumstance of many fashion brands due to the pandemic, points to the company finally getting a solid foothold in high-end fashion.

On Monday, Amazon launched an week-long event called the Big Style Sale, which Amazon is billing as its first-ever global fashion sale. It features big discounts on both fashion brands already selling via the marketplace, like Morgan Lane and Tanya Taylor, and new-to-Amazon brands like Club Monaco. Notably, the Style Sale has a editorialized look and feel compared to Amazon’s typical fashion output — for example, it includes multiple collections of clothes curated by fashion influencers. A lack of a curated shopping experience has been a sticking point for a number of fashion brands, said Laura Meyer, founder and CEO of Amazon agency Envision Horizons.

“Amazon hasn’t quite made their website experience curated enough so that you see the kinds of things you want to see,” Meyer said. “Right now, if you search sundresses, you don’t get a nice brand that you personally might be interested in, but you get some random $4 dress from a brand you’ve never heard of because that’s what’s selling. It rewards older listings with more sales data, but that’s not really how apparel works. But they’ve definitely been trying to update that and make their fashion [offerings] more curated.”

Morgan Curtis, founder of the fashion brand Morgan Lane, said her experience as part of Amazon’s Common Threads initiative, created in collaboration with Vogue and the CFDA, convinced her that Amazon wasn’t a detriment to the brand.

“I was hesitant because I didn’t want our brand to get lost and not showcased the right way,” said Curtis. “Our branding is really important to us. But when Vogue got involved, I thought it was worth trying, and I’ve been happy with it so far.”

Meyer said when she helped luxury brand MCM set up an Amazon storefront last year, the brand received a lot of support directly from Amazon’s fashion team, including help with getting counterfeit MCM products removed from Amazon, which is not something that Amazon would have done a few years ago. Last week, Amazon even went as far as filing a joint lawsuit with Valentino, which does not sell on Amazon, against counterfeit sellers who were knocking off Valentino products and trying to sell them on Amazon.

“They still have a ways to go — the sale is really broad, and it feels like they’re just dumping a lot of old stuff,” said Meyer, noting the large amount of J. Crew inventory that’s heavily discounted and sold directly by Amazon, which indicates that it’s likely leftover product. “But I think the Valentino lawsuit is absolutely the right step to convince brands Amazon is good for them.”

Based on Meyer’s guess, the long-rumored luxury platform that Amazon has reportedly been working on is most likely postponed until at least next year.

Amazon’s Big Style Sale is also a way for brands to offload some excess inventory without diluting their own storefronts. Curtis said her brand normally hosts two sales per year, but the partnership with Amazon is giving her another outlet to offload inventory without adding additional sales on her own e-commerce platform, which makes up about 50% of the brand’s sales.

The offloading of inventory is also helpful for Amazon, which postponed Prime Day this year, originally set for July, due to the fact that its warehouses are bogged down, said Meyer. Prime Day right now would be unsustainable, so smaller and more focused sales like the Style Sale will let Amazon free up some inventory space while also earning more buzz from fashion brands.

“The first two or three pages of the Style Sale might be really curated, but it still sort of devolves after that,” Meyer said. “But if Amazon plays their cards right they can do something big here.”