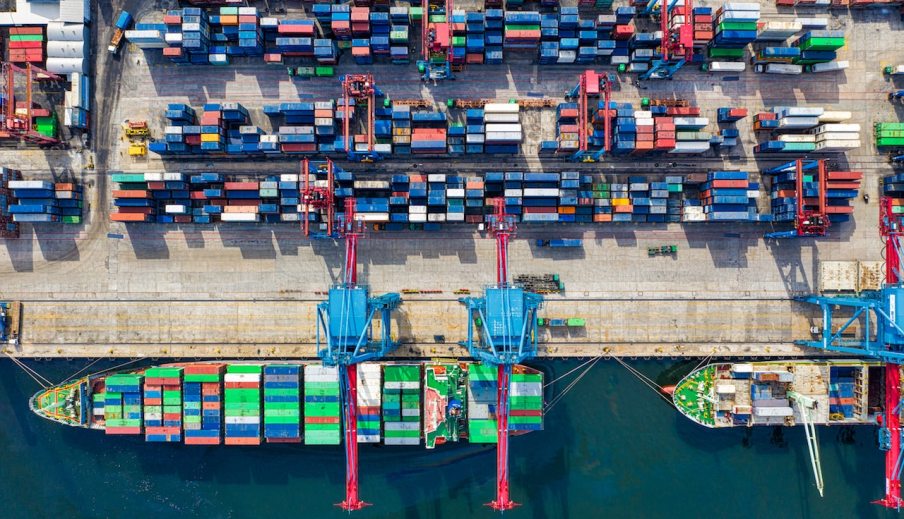 Brands and retailers across the U.S., along with UPS and FedEx, struggled with a surge of e-commerce orders over the holidays, and the logistical strain of shipping millions of packages at once. Despite being well past Christmas, those problems persist. But the root of shipping problems lies well before any actual orders are made. Ports in California where over a million cargo shipments are processed every year have been backed up for months, with no slowdown in imports and a growing backlog of cargo to dig through.

Fixing that problem will take a coordinated effort from the federal government and brands across the country, according to Port of Los Angeles executive director Gene Seroka,

Seroka said that, while the LA port’s overall import volume for 2020 was only 1% higher than 2019, that includes a four month period between February and May when imports virtually halted. The second half of 2020 saw 908,000 shipments processed per month, an increase of more than 50% from the first half of the year. Over Christmas, the Port of Los Angeles took in 94% more imports than the previous year.

“There are a few factors at play,” Seroka said. “Everyone is spending money on tangible goods instead of services. Because of Covid, we have fewer workers on the floor, which means we sort through cargo slower and there’s a lack of exports out of the country, which makes it harder for the shipping companies who rely on round trip economics.”

Seroka added that retailers are also slow in digesting cargo, leaving it to sit at the docks for extra days, taking up space for cargo that is still incoming.

Pre-pandemic, the Port of LA saw less than 10 ships coming in per day, now it’s more than 15 per day. Wait times are also increasing, from an average of two days for shipment processing to more than eight days, said Seroka. Exports are down 20% while imports are up 11%. Out of the 15,000 or so port workers, around 800 are currently on leave due to Covid illnesses or for quarantining purposes.

Those issues are all being deeply felt by brands. Meera Bhatia, president of expert services at TechStyle, the parent company of Fabletics, said the backups have made inventory planning for brands difficult. She is preparing for shipping delays and backups that will persist for at least the next six months.

“If you rewind all the way to March and April, it was really tough to get inventory into the country,” she said. Most products from TechStyle’s brands are produced in factories in Asia. “The LA ports were backed up then and they still are now as brands try to get stuff into their warehouses. The carriers had to throttle volume. I know it has required a lot of capital investment on the part of the shipping companies for new trucks and ships. That stuff takes time.”

That backup has affected the price of shipping for brands, as well. Donny Greenberger, COO of intimates manufacturer Gelmart, said he typically pays $1,200 for a 40-foot shipping container of product, but nowadays the same container can cost more than $4,000. A 40-foot container can carry around 20,000 pairs of jeans, for example.

“What I’m most worried about is the supply chain,” said Adeela Hussain Johnson, Adeela Hussain Johnson of luggage brand Beis. “In Long Beach, where we get our shipments, the ports are delayed by one or two months already. Our shipping partners there have told us to prepare for these issues to last throughout the entire year.”

Johnson added that imports from China, where Beis’ bags are made, are slower right now because of Lunar New Year when a significant portion of the country is on holiday. Some U.S. companies like Peloton have moved manufacturing in response to shipping delays. Last month, Peloton acquired a U.S. factory and began moving production from Asia to the states

For the end consumer, they have already felt the impact of similar delays over the holidays. But Seroka hopes companies and the U.S. government can work together to achieve a better end goal.

“If we stopped all shipments now, we would still have months of work to get through everything that’s already there,” Seroka said. “First, we need to get workers vaccinated so we can have max capacity out on the docks and ships.” To that end, Seroka said the LA port has a vaccination center on site to vaccinate port workers, but is waiting on an increase in supply from the government.

“We have to implore importers to do their best to empty the containers as soon as they arrive and bring them back to the port. Finally, this isn’t very popular, but we’ve talked to industry people about metering cargo to help us dig through the backup. Really it just comes down to us needing a break to catch our breath and dig through what we have already, so we can get back on track.”