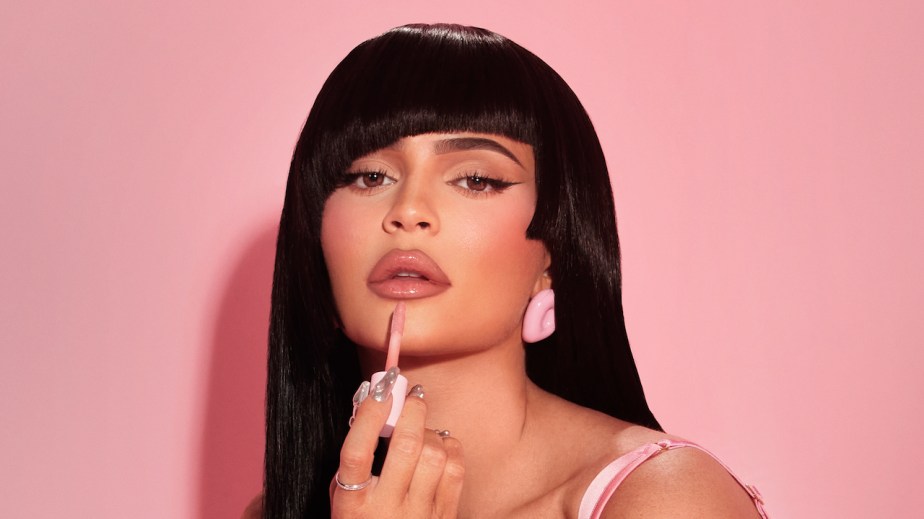 Kylie Jenner’s infamous lip kits are back on the market, as the star bets on shoppable livestreaming as part of her Kylie Cosmetics relaunch.

Following a brief hiatus after the brand wiped its Instagram and shut down its site in May, Kylie Cosmetics relaunched this morning with a new site design and products reformulated with “clean” and “vegan” designations. Going live slightly after 9 a.m. PST, the site “broke the internet,” crashing for a few minutes as eager fans commented on Twitter about their attempts to log on and shop. To kick off the relaunch, Jenner hosted a shoppable livestream on the DTC site, showcasing her products as links to purchase them popped up on the screen. Clicking a product in the stream directed users to a purchase page while the livestream continued. The newly revamped brand will launch in Ulta in August, Jenner said on the livestream, and will also be available in Nordstrom in the U.S.

This was the first time the brand has used livestream shopping, according to a spokesperson. Kylie Cosmetics is known for being an early adopter of new e-commerce models.

“Kylie was one of the first adopters of the ‘flash inventory’ drop approach [in 2015],” said Jay Myers, co-founder of software development company Bold Commerce. “[Since,] customers have become accustomed to shopping this way, especially with large celebrity-backed brands. Software and e-commerce platforms have even adjusted to better support this model. FOMO is a huge driving factor in beauty sales.”

The new DTC site also includes a virtual shopping experience, where users can click around in a virtual nightclub to see makeup looks on digital avatars, and then click to go to featured products’ listings.

Several items were sold out as of 10:50 a.m. PST, including five matte lip kits and one lip gloss.

During the livestream, Jenner stated that her reason for relaunching was that, “It was kind of always in the plan. It’s just important to move in the clean and vegan world.” She added, “There’s just been so much newness out there. Doing this revamp and kind of elevating was the best thing for right now.”

The relaunch comes not long after Jenner’s sister Kim Kardashian announced the rebranding of her own beauty line, KKW Beauty. There has been online speculation that both relaunches may have something to do with Kylie Cosmetics’ and KKW Beauty’s manufacturer Seed Beauty’s legal action against Coty, Inc. Andrew Stanleick, evp for Americas of Coty Inc. and CEO of Kylie Cosmetics, recently stated that the lawsuit is “resolved” and had nothing to do with the relaunches.

Kylie Cosmetics ranked 8th in a June 2021 ranking of premium beauty brands by Launchmetrics, based on its “media impact value” (MIV) metric, which tracks influencers, print media, celebrities, third-party partners and brand media channels. According to Launchmetrics, a large chunk of Kylie Cosmetics’ buzz comes, unsurprisingly, from Jenner’s own star power. The agency found that 20% of the brand’s MIV came from two Instagram posts by Jenner in June. In addition, it estimated that 65% of the brand’s total MIV came from Instagram posts.

When it comes to mentions by other Instagram influencers, the Kylie Cosmetics hiatus caused it to drop in a ranking of beauty brands by influencer marketing software company CreatorIQ. Based on mentions and post engagement on influencer posts mentioning the brand name, Kylie Cosmetics dropped year-over-year to a rank of 68 in Q2 of 2021. Likes on posts mentioning @kyliecosmetics declined by 50% year-over-year, which the agency said was driven by fewer mega- and macro-influencers mentioning the brand in 2021.

To build up hype for the rebrand, Jenner released a three-part YouTube series on Kylie Cosmetics featuring her mother Kris Jenner, chief brand officer Jen Cohan and chief commercial officer Megan Mildrew. In the videos, she expressed interest in doing a Kylie Cosmetics collab with Travis Scott, the father of her daughter, Stormi. Scott entered the beauty world last year when he launched a wildly popular collaboration fragrance with Byredo. “We’ve actually talked about it a lot,” she said of a possible Scott collaboration during the livestream.

With the recent Coty acquisition, Kylie Cosmetics is also planning to broaden its global expansion. According to data from Launchmetrics, the brand currently receives 70% of MIV from the U.S. market.

Jenner announced in her livestream that, in the coming year, the revamped brand will be launching setting powders, a birthday collection and a second Halloween collection, which will be a collaboration. She also stated that she will be launching a new brand for her daughter Stormi. The new label is “not Kylie Baby,” another baby brand that she recently announced on Instagram.