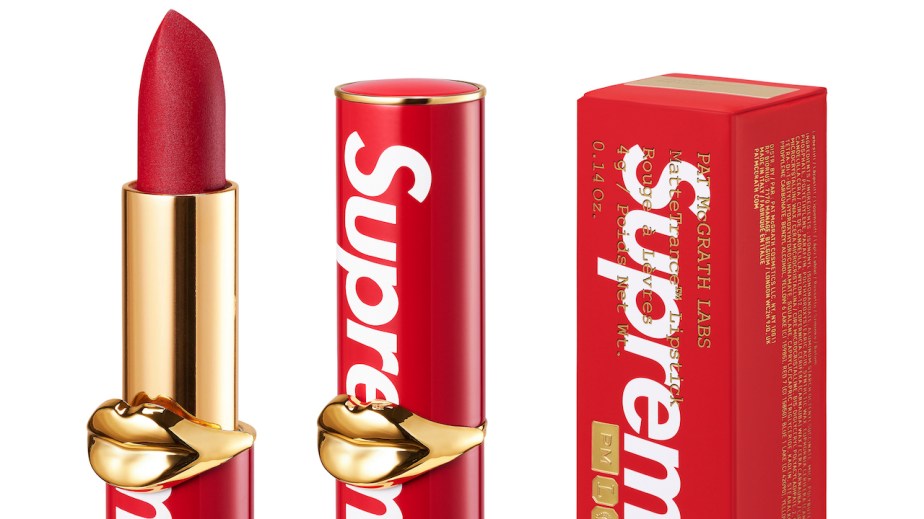 From streetwear to TikTok, there were multiple paths to creating beauty crazes this year.

Collaborations like Supreme x Pat McGrath and Travis Scott x Byredo, as well as viral TikTok trends, helped create buzz for cult beauty products this year. While some used the streetwear drop model to generate demand, others were able to achieve a similar effect on a more mass level.

Byredo’s collaboration with Travis Scott on its Space Rage fragrance and candle launched on November 30, and was a “drop” in the truest sense of the word. It was released with no announcement beforehand and sold out immediately. The collaboration candle is now selling on StockX for an average of 60% above the original retail price of $95, said StockX’s data content director Jesse Einhorn.

“I would say that Travis Scott, more than any other person or brand on our platform, has the Midas touch,” he said.

The most prominent beauty brand to tap into the streetwear model was Pat McGrath with her iconic Supreme collaboration earlier this year. Einhorn said that over 2,000 units have been resold on StockX, with an average price of $124, a 225% markup. When it initially launched exclusively on Supreme’s website and in stores, the lipstick sold out in eight seconds in the U.S. and in 8.2 seconds in the U.K.

“There’s just this unending reservoir of excitement around that brand and their partnership with Pat McGrath,” said Einhorn. He noted that it has sold by “a pretty large markup, even by Supreme standards,” explaining that “Supreme products tend to do very well on the resale market, but a good 20% of them tend to actually sell below retail on StockX.”

“Very few of them” reach the price markup of the lipstick collab, he said.

For drops, “there’s a lot of ambiguity around how limited these products are — mostly by design. Brands are pretty carefully guarded about how limited a drop is,” said Einhorn. Based on the number of Pat McGrath lipsticks sold on StockX, he estimated that there were “thousands” of the lipsticks made available. The platform has seen a 200% spike in the lipstick sales this month, as a result of a December 10 restock by Supreme.

Pat McGrath has defied 2020’s makeup slump with other popular products this year. Shopify listed the brand’s Blitztrance lipstick as one of its top-trending products over the Black Friday-Cyber Monday weekend.

Earlier this year, StockX also served as the platform for the launch of a collaboration between Kendall Jenner’s oral care brand Moon and streetwear brand Heron Preston, through the platform’s new DropX program. It sold over 200 units during the launch week, with 25% of purchases going to first-time StockX customers.

Limited-edition collaborations are also successful in skin care. Luxury skin-care brand Vintner’s Daughter created a limited, holiday edition serum with jeweler Lauren Harwell Godfrey that sold for $325. The product sold out of 1,000 units on the brand’s website in three weeks following its October 30 launch, said Vintner’s Daughter founder April Gargiulo. The brand’s holiday edition sold out in nine weeks last year. It is also sold out on Revolve, but still available on Net-a-Porter, The Detox Market and Liberty London. Gargiulo said promotions around the launch were minimal, as the brand has a cult status among its follower base.

“We sent an email out, and we put it up on our social, and that was about it,” she said. “We’ve never done any kind of paid marketing to gain followers; we don’t even do any kind of giveaways.”

It’s not just the luxury end of the spectrum that lead to massive hype and sold-out products. Accessible skin-care label The Ordinary’s AHA 30% + BHA 2% Peeling Solution, which retails for $7.20, was sold out 63 days out of the year in 2020. It also sells out rapidly in the brand’s physical stores.

“As soon as they get stock, it sells out again. We can’t seem to keep it in stock this year,” said Nicola Kilner, co-CEO of The Ordinary parent company Deciem. Kilner said the brand would like to increase production, but has been limited by pandemic-related supply chain delays. For DTC sales, The Ordinary sold 233,000 units of the solution this year, with 55,000 of them sold in November for a 327% increase.

The hype over the product has been driven almost entirely by TikTok. “The biggest thing to [owe] it to was that it went viral on TikTok,” she said. “It was the first time we’ve really experienced the impact of TikTok, particularly in driving sales.”

“We’ve always had a stance that price point shouldn’t define luxury,” said Kilner, who noted that The Ordinary’s aesthetic makes it a brand that “people are proud to have in their bathroom cabinets on display.” The brand’s products generally retail in the $6-$17 range.

As brands search for the next big hype product, Einhorn said that the Pat McGrath collab has solidified the merging of beauty and streetwear. And for future collabs, he said, brands could look to former beauty collab partners Kith or BAPE, as well as Palace or Fear of God, which “is having a real moment right now.”

Another contender for the next big cult beauty line is Yeezy — Kanye West filed for a beauty trademark earlier this year. According to Einhorn, a Yeezy beauty line “would be hugely popular. It’s still one of the top three-brands on StockX, year after year.”