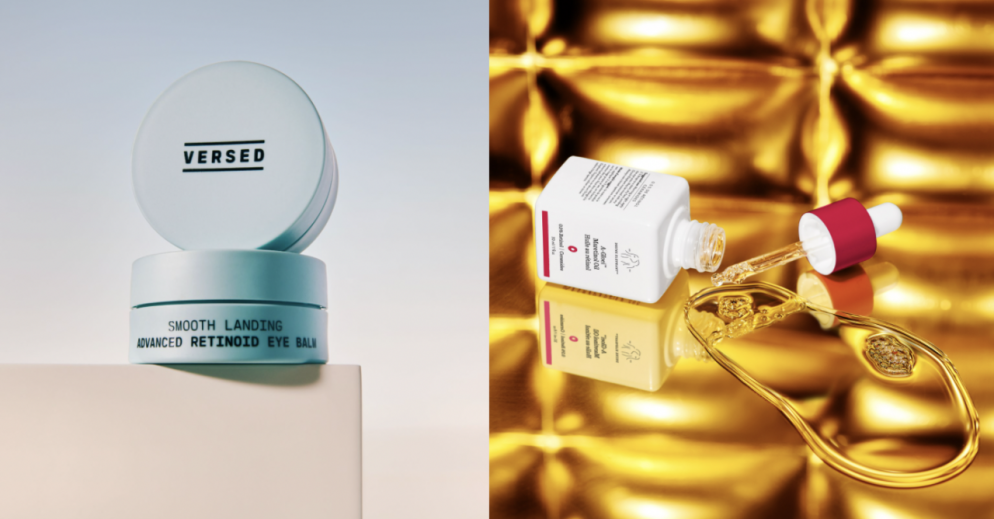 Calling retinol a trend wouldn’t be quite right. The ingredient has been dermatologists’ favorite thing (aside from SPF) for decades. Still, it does seem to be having a moment. A combination of factors seems to be contributing. There’s social media, which has democratized access to information, not to mention the rise of the “derminfluencer.” There’s also the fact that, thanks to advancements in skin-care technology, brands have been able to introduce far less irritating formulas.

Like hyaluronic acid, a retinol-infused product is something that every brand introduces at one point — like Glossier and Bliss did in August. And once a brand has a successful retinol product, there’s room for more, like a gentler version (think: Drunk Elephant’s oil, launched this month, or Kiehl’s serum, launched in August) or an eye product (like Versed’s latest, an eye balm, launched Thursday).

“Retinol used to be what your mom used or what your grandmother used for anti-aging, and then, it was what teenagers with really bad acne used,” said Jen Smoot, svp of global business development at Bliss. That’s not the case anymore. Though retinol products, including Bliss’s, often carry claims about wrinkle reduction, that’s not the most important factor for a young millennial or older Gen-Z customer. In focus groups, Smoot said, the Bliss customer (approximately 25- to 35-years-old) was “80% focused on maintaining [the appearance of youthful skin] and 20% focused on repairing [signs of aging].”

“When you use [retinol], you get immediate skin smoothing, plus your pores look tighter and your skin looks brighter. So you get lots of instant gratification to motivate you to keep using it. And, all the while, you’re boosting collagen and working to keep the wrinkles at bay,” Smoot said.

One of the challenges in selling people on retinol is that its reputation precedes it — namely, it’s known to be irritating and also to cause purging, where your skin gets worse before it gets better, as a result of increased skin turnover. “There is a significant group of consumers who are worried about skin irritation,” said Dr. Lucy Gildea, chief innovation officer of product and science at Mary Kay. When Mary Kay launched a new retinol product last February, it opted to make it part of a two-step system — users are instructed to apply a Calm + Restore Facial Milk after the retinol. And in December 2019, when Versed launched its first retinol product, a serum called Press Restart, its tagline was, “Retinol, but make it not scary.”

Tiffany Masterson, founder and chief creative officer at Drunk Elephant, said that when she launched her company, she herself was “scared of retinol.” So, when she decided to launch the brand’s first retinol product, a cream-based serum called A-Passioni, the goal was primarily to educate customers. She noted that most people don’t understand the difference between over-the-counter retinol and its dermatologist-prescribed counterparts. “They now understand what retinol is and what it does for your skin, so the demand is growing,” she said.

She added, “Retinol doesn’t just help get rid of age spots and wrinkles. It’s not just for more mature skin. Retinol also seeks out what’s wrong with your skin. If you have acne as a teenager or a young adult, for example, it works for that. It’s incredible. It’s almost like it teaches your skin cells to act better, no matter what they’re doing.”

Brands have success with retinol products — both in sales, and social media attention — because it’s an ingredient that provides visible results in a relatively short amount of time.

Interest in retinol on social media is high. “I have personally found that my retinol posts get more engagement than many of the other topics I talk about,” said dermatologist Dr. Joshua Zeichner.

For Versed, dermatologists have been a key part of its strategy in promoting its retinol products. When it launched Firm Ground, a retinol body cream, in December, it seeded 60 dermatologists and enlisted 10 for paid partnerships. The campaign was a success. The paid posts drove about 700 in-app purchases and more than 11 million impressions, according to the company.

“TikTok is such a powerful tool for its ability to democratize education. It made what used to be an insider’s ingredient accessible, thanks in particular to the rise of dermatologists on the platform,” said Mia Zee, senior marketing director at Versed. “There’s never been a time with greater access to information at people’s fingertips.”

As such, she said, “People’s interest in retinol has increased.”

Not every product launch is a fit for TikTok, Zee said, but retinol products are. And the numbers don’t lie: The #retinol hashtag has 905 million views on TikTok, while #retinolskincare has 83 million.

You wouldn’t expect a fleece-y blanket brand to be an influencer favorite — but Chappywrap is. The Maine-based company collaborated with OG influencer Grace Atwood of the blog The Stripe on a collection of four striped colorways of its signature blanket (which, though it feels fleece-y, is in fact, a cotton blend) inspired by her native Cape Cod. Shop it here.

Another homey collab from an influencer-favorite brand, Lake pajamas launched a collection of pajamas and robes designed using the iconic prints of home brand Schumacher. They’re the perfect ‘fits for the WFH era — on no-Zoom days, anyway. Shop it here.

Sanrio’s iconic Hello Kitty has collaborated with just about everyone and everything, seriously. (A Google search for Hello Kitty collaborations pulls up a shocking variety of results.) But that doesn’t make its latest any less adorable. You can now find the cartoon cat on Pixi products from makeup to skin care. That includes its own icon, the Glow Tonic — the limited edition bottle features a Hello Kitty cap. Shop it here.

In the DMs with Addison Rae

TikTokers are going crazy over a tanning nasal spray — but is it safe?