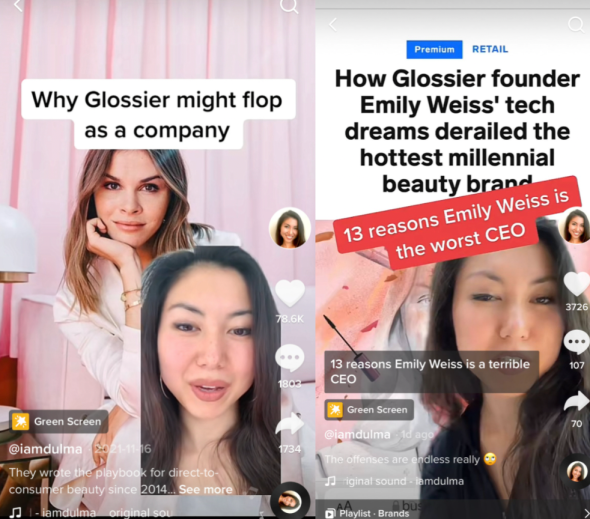 Glossy Pop Newsletter: For female founders, the fall of the girlboss is complicated

At some point in the chaos of 2020, against the backdrop of a cultural reckoning and a number of months into a pandemic that had altered life overnight, the girlboss was declared dead.

She was an older millennial CEO with a Chanel bag and an entrepreneurial spirit and the charisma and intelligence to match. She was usually attractive and also usually white. Officially, she got her title from Nasty Gal founder Sophia Amoruso’s 2014 memoir, “#Girlboss.”

Women who earned the descriptor included Ty Haney of Outdoor Voices, Audrey Gelman of The Wing, Leandra Medine of Man Repeller, Steph Korey of Away and Emily Weiss of Glossier. The latter, unlike some of the other women on this list, still leads her company today. Though this title originally connoted empowerment, later, many of these “girlbosses” were accused of fostering toxic work environments and racism.

Many brilliant articles have been written about the “death” of the girlboss. In 2014, to be a girlboss was aspirational. Today, it’s often the butt of a joke, used as part of the phrase “gatekeep, gaslight, girlboss,” which gained popularity on TikTok. It is, to Gen Z, “cringe.” The Cut recently spoke to Gen Zers about the phrase and its presence on TikTok, where the hashtag #girlboss has 5.2 billion views.

Though many are happy to bury the girlboss and leave that era behind, Dulma Altan, who bills her TikTok account as ” B-School for women,” sees it differently.

“The fact that we’re all now poking holes in the concept of the girlboss and saying it’s incomplete, it’s insufficient and it’s not inclusive enough is actually proof that it did its job as a movement. It opened up the conversation that, ‘Women can be bosses, women should be entrepreneurs, and we can celebrate women for that,’ but what else?’ That’s not sufficient. Who are we excluding, and how can we make this a more nuanced and inclusive conversation? Also, how does this exacerbate hustle culture, which Gen Z is skeptical of?” she said. “Let’s move on from that original girlboss, but also acknowledge it paved the way.”

In January, Modern Retail reported that Glossier, the original bastion of millennial pink, laid off 80 employees. “We prioritized certain strategic projects that distracted us from the laser-focus we needed to have on our core business: scaling our beauty brand,” Weiss wrote in an email. Since then, countless headlines have declared the company’s downfall. Business Insider published a story titled “How Glossier founder Emily Weiss’ tech dreams derailed the hottest millennial beauty brand,” while Refinery29 asked, “What went wrong at Glossier?”

When you strip the phrase “girlboss” from the names attached, the concept was simple. It was about women succeeding in business, against the odds, in a capitalist structure built within the patriarchy. In a Vox article titled “The death of the girlboss,” writer Alex Abad-Santos spoke to Leigh Stein, “arguably the world’s foremost authority on the girlboss movement, having studied and written an entire novel about it.”

“The allegations of discrimination and toxic work culture at girlboss-led companies are undoubtedly serious,” Stein said. “But at the same time, there’s kind of a trap when it comes to how we talk about those business failures.” She argues that it’s possible to have conversations about what went wrong without losing sight of accountability or laying these failures at the feet of women writ large, the Vox article said.

“The spotlight was seemingly on all these malicious things Emily Weiss has done. But, everything they point to is more or less the result of having raised too much capital and trying to fit into the constraints of being a VC-backed company. Utimately, [it was also being] a VC-backed CPG brand, which is incredibly difficult, and it’s virtually impossible to live up to the nearly $2 billion valuation they pumped themselves up to,” Altan said.

It’s part of a broader and “harmful” trend, she said, in which we “fetishize female founders before we tear them down.” Altan speaks with many female founders and has found that, increasingly, they have become wary, if not afraid of being the face of their own companies.

Aishetu Dozie is the founder of Bossy Cosmetics, a brand meant to unabashedly celebrate female ambition. She too read the Insider piece.

“Every [male] business leader [can] make mistakes all the time, and they are lauded for being ballsy. [It’s like], ‘That didn’t work, but they tried it! And they learned this, and then they did that!'” Dozie said. The article also commented on Weiss and her fiancé leaving the city for North Carolina at the start of the pandemic. “Are you surprised your CEO lives in a beautiful home?” Dozie asked. “She should!”

“I just know that, if she were a man, would people really say, ‘Oh, he lived in a beautiful home with whatever in the background. There’s this feeling of, ‘Why does this woman have what I don’t have?’ A lot of people need to check themselves about why they think it’s annoying to them that a female CEO [can] live this way.”

Though any inequalities experienced by BIPOC employees at Glossier should be “unpacked,” Dozie said, “I am not going to be in the business of taking down or contributing to the takedown of a woman who literally built an industry. DTC beauty is her.”

“It’s not inherently anti-feminist to criticize a female founder. We should call out leaders of any gender for failing to live up to standards of good, kind, compassionate leadership, management and integrity.,” Altan said.

That said, she added, when female founders of color read these articles, they often think, “Yeah, it’s bad, but we’re not having the real conversation,” which is that there is something about an Emily that investors like. They are part of the creation of this archetype. And, essentially, Black women are still not given the chance to fail the way white women are.

Whether the girlboss reincarnates in another form or not, society still has a long way to go, when it comes to how we treat female leaders. “We hold women to a higher standard. They have less access to funding, they have less access to support,” said Altan “And they are held to a higher, more exacting standard of leadership and management when they’re finally able to break out and be at the helm of a successful emerging startup or company.”

Trend of the week: Boobs are back

On the Oscars red carpet, women flaunted their figures — but it wasn’t about cleavage. This year, the look was breasts sitting in couture cups with varying degrees of coverage. Ariana DeBose wore Valentino Haute Couture, while Kate Hudson and Tracee Ellis Ross both wore Carolina Herrera.

Slip is a beauty editor beloved favorite. The industry sleeps on its silk pillowcases and uses its high-end hair ties. Now, its added the ultimate pop of pink in the form of a limited-edition collection with Alice + Olivia. Get your hands on the chic pink paisley accessories and pillowcases below. 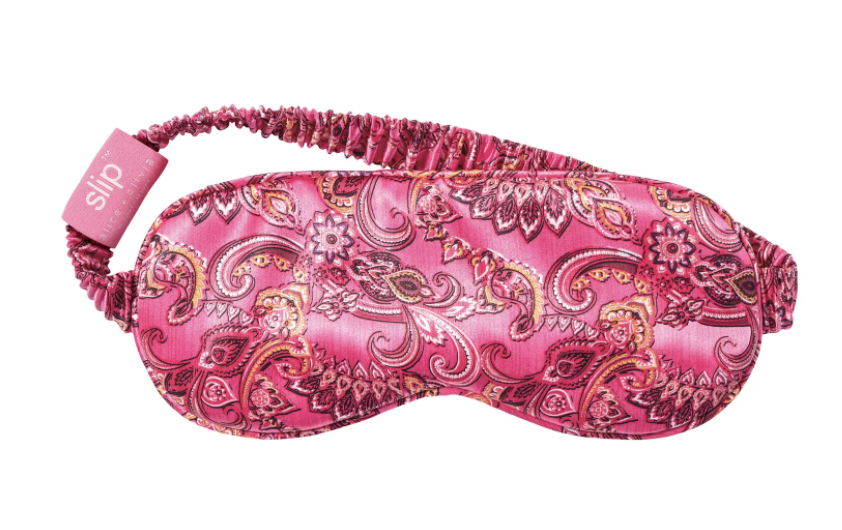 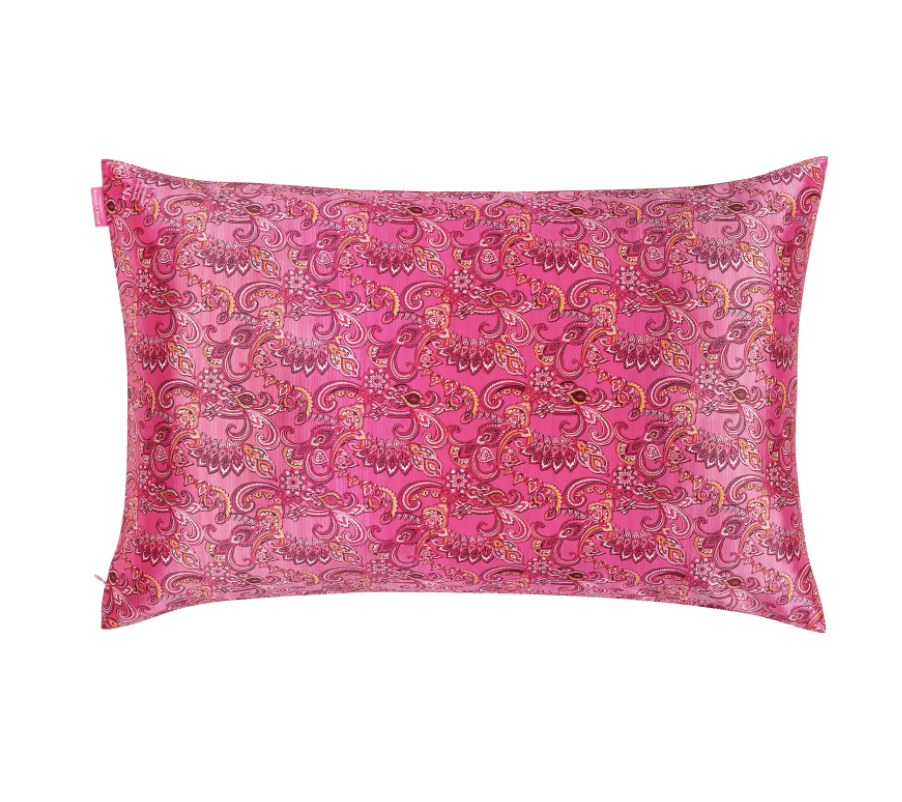 Eddie Bauer’s first collaboration with The Great, back in November 2021, was such a hit, that the pair is at it again with a second drop. This time, it’s all about rain gear. The cozy thermal sets are back, and raincoats, umbrellas and fanny packs have joined the assortment. 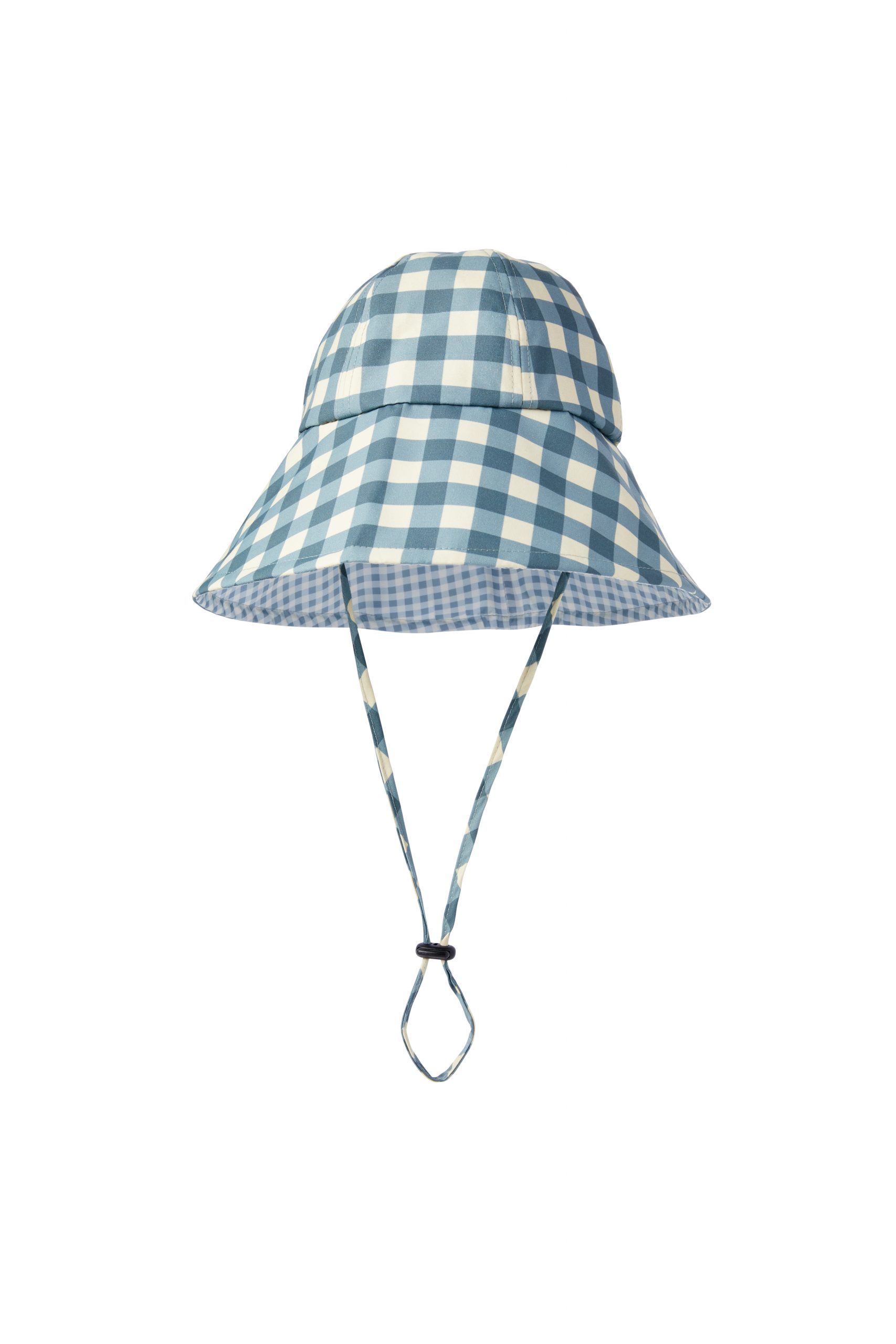 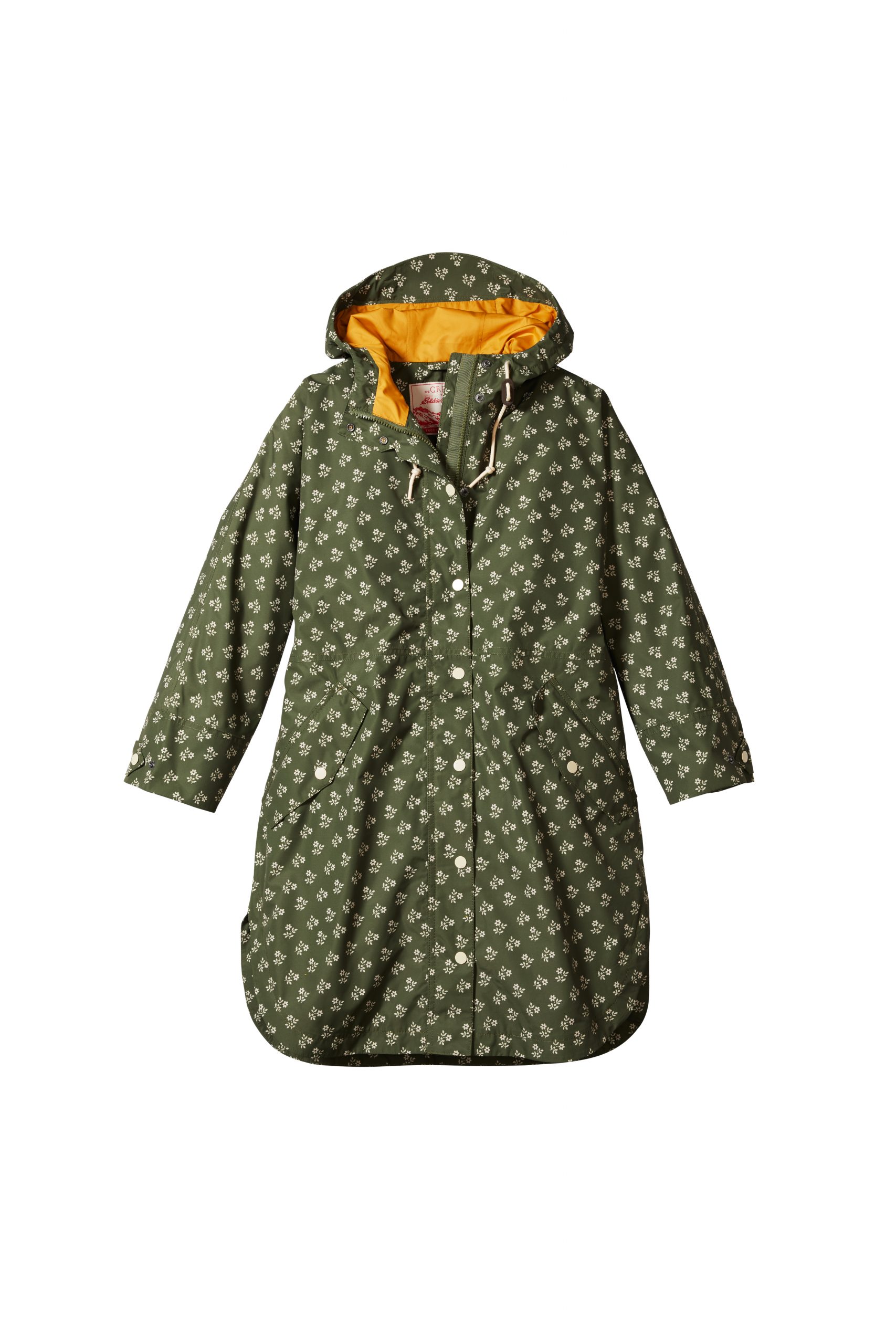 As always, there were dozens of beauty launches this week — these, from a combination of celebrity beauty brands, influencer-founded beauty brands, and industry-favorite brands are some of the ones we’re adding to our proverbial cart

Charlotte Tilbury, Pillow Talk Multi-Glow ($45) — Charlotte Tilbury continues to expand the iconic Pillow Talk family. The latest extension includes this highlighter, which made its red carpet debut at the Oscars on the cheeks of two award winners, Jessica Chastain and Ariana Debose.

Rare Beauty, Positive Light Tinted Moisturizer Broad Spectrum SPF 20 Sunscreen ($29) — Selena Gomez’s brand is one of the celebrity-founded brands everyone loves. Its newest release, a tinted moisturizer with SPF, is available in 24 shades.

Victoria Beckham, Posh Gloss ($28) — True to its name, Victoria Beckham’s take on lip gloss is decidedly posh. The range of nude shades add a subtle wash of color while a biomimetic complex helps to heal the delicate lip skin and blackcurrant seed oil nourishes the lips.

Black dress pants are trending & these are our favorites