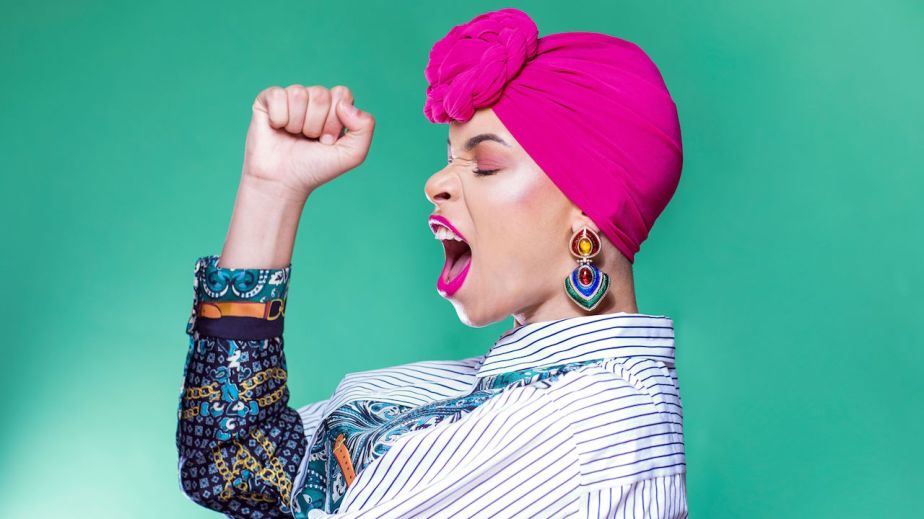 Like many Americans, beauty product developer Alexis Androulakis vividly remembers where she was the night of the U.S. presidential election in 2016.

“I’ll never forget that night — going to Cubbyhole, an iconic queer institution in the city — and it was somber. The mood there was just fear,” she said. Looking back on it nearly four years later, she cites the rising tide of female activism as the main reason she and her partner Christina Basias decided to start their feminist beauty brand Fempower Beauty.

“I believe without that election, we wouldn’t be where we are today,” she said. “Truthfully, with every fiber of my being, I wouldn’t have been as inspired even personally to take a massive risk and quit my corporate, cushy job,” she said.

With two months to go until the November 2020 U.S. presidential election, Fempower Beauty is joining a group of mainly female-founded startups participating in a get-out-the-vote effort with The Verticale, a new editorial site and soon-to-be-e-tailer focused on DTC brands. Launching its campaign on Monday in partnership with non-partisan public awareness campaign I Am a Voter, The Verticale is working with a group of partner brands to encourage voter turnout. Participating brands include The Honey Pot, Range Beauty, OneKind, Jiggy, Knickey, Kinfield, Act + Acre, Peachy, Aila, Gilded, Pluto, Blume, Evenprime and Okko.

“There’s power in numbers, and by coming together as a coalition and multiple brands, we have an opportunity to make a much bigger impact and really make voting feel more culturally relevant,” said Jaclyn Grauman, the founder and CEO of The Verticale.

The campaign is one of many by consumer brands this year encouraging voter participation, including a wide range of fashion brands that are giving employees a paid day off to volunteer at polling sites, releasing clothing in support of voting and, in the case of a group of 17 fashion brands, creating Biden merch. Other beauty brands getting involved in voter turnout campaigns this year include The Lip Bar, which created a special-edition lip gloss to support Michelle Obama’s When We All Vote initiative.

Beauty brands ranging from indie to conglomerate-owned have spoken out against Trump in the past four years, including Dove, which released an “Alternative Facts” ad making fun of Trump in 2017, Lipslut, which sells a “F*ck Trump” lip color, and Illamasqua, which created an “anti-facsism pledge” saying it will “never knowingly sell our products to people who support President Trump’s values.”

“I think the last election really, if anything, taught us all that we had to be a little bit more aware,” said Michelle Silverstein, the co-founder of The Verticale. “There was a little bit of shell shock, so brands are just talking more about educating yourself in terms of what’s going on in the world.”

As part of the campaign, The Verticale will be donating 10% of its affiliate revenue to the I Am a Voter organization, while participating brands are also donating proceeds of their sales. There will also be a giveaway of the brands’ products via the campaign site. A special campaign “shop” features their items with affiliate links, with some brands such as OneKind driving to The Verticale’s campaign page via their Instagram accounts.

While The Verticale’s campaign is non-partisan, participating brands have shown support for progressive issues including women’s rights, LGBTQ+ advocacy, Black Lives Matter and sustainability. When it comes to the 2020 election, they are taking different approaches on whether or not to endorse a candidate.

Androulakis said Fempower Beauty, for example, plans to explicitly endorse Joe Biden, while others including The Honey Pot and OneKind prefer to advocate on progressive issues rather than a specific candidate.

“Brands are definitely going to be a lot more involved and a lot more vocal,” said Beatrice Dixon, the co-founder and CEO of The Honey Pot. “That’s not just because of the obvious candidate,” but rather everything that has happened in the last half-year. “Whether it’s police brutality, whether it’s racism, whether it’s illnesses, whether it’s family dying, whether it’s losing jobs — there are just so many levels of things that people are aware of that they’re going to have to contribute in order to really see lasting change.”

The DTC brands’ customer bases are mainly millennial, an age group in which 59% of its members identify as Democrats or leaning Democrat, while only 32% identify as Republicans, according to Pew Research.

“I’m making the choice to not comment on a specific candidate,” said OneKind founder Madison Ruggieri. “I think that if you know our brand and you know our values, you will know which way we align.” Ruggieri joined the beauty industry in supporting the Black Lives Matter movement through OneKind’s social channels, and recently emailed customers calling on them to support the United States Postal Service.

Brand founders agree that 2020 has marked a turning point in which young consumers have higher expectations than ever for brands to take a stand on social issues.

“Whatever the election yields in November, I do believe that the change is here to stay,” said Dixon.