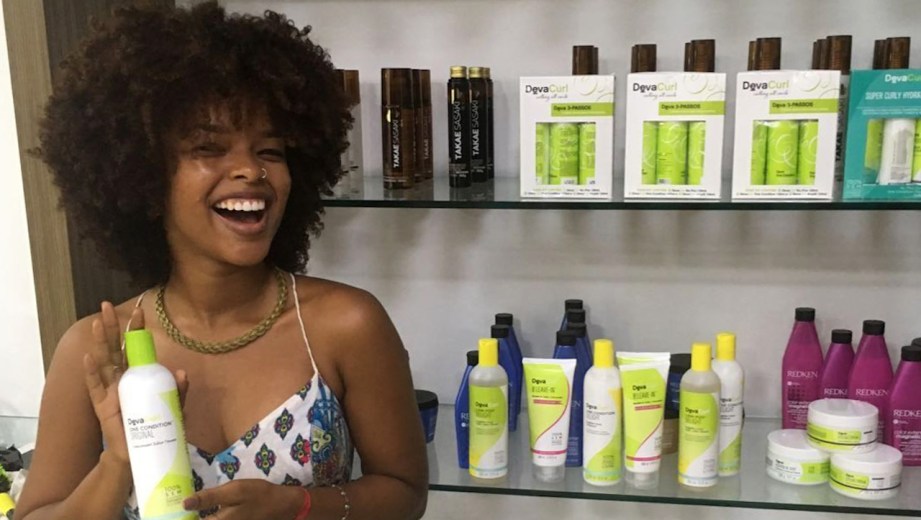 Curly hair brand DevaCurl is looking to Brazil for growth.

Timed to annual festival Carnival, the brand will open in early March its first-ever DevaCurl Academy in São Paulo to train up to 300 regional stylists a month. Existing local and family-owned distributors in surrounding areas, like Retro Hair, Salon Juju Cachos and Revi Cachos, will get first access to the DevaCurl Academy, with additional third-party partners following suit later in the month. At launch, DevaCurl expects to conduct curly hair-specific classes 15 times a month.

The institute is also timed to DevaCurl’s larger Brazilian store strategy, which entails opening 100 new stores in the country by the end of 2019. Fifty will be through larger chain stores like Sephora and Beautybox (which are known to have a smaller presence in the country), and the other 50 will be with five Brazil-centric distributors like Starc, Faneca and Fenix. This will help DevaCurl move from metro-only cities and further into states like Rio Grande do Norte, Paraiba and Pernambuco in the Northeast, and Mato Grosso in the Center-West region.

Currently, DevaCurl is in 300 Brazilian locations, but with the additional stores and the DevaCurl Academy, CEO Robert Schaeffler expects the brand’s Brazilian sales to triple. Right now, Brazil is 6 to 7 percent of sales, but will account for 15 percent of business by year end to also account for growth in the U.S. For now, Brazil is the only country where DevaCurl can be found outside of the U.S. and Canada — its been in the region since 2009. DevaCurl’s Brazilian growth was 50 percent year-over-year in 2018, while growth in the U.S. was over 30 percent. DevaCurl would not share 2018 revenue, but when the brand was acquired by Ares Management LP in May 2017, it was reportedly estimated to be a $250 to $300 million transaction.

“We want to become a proper brand in Brazil. It is one of the largest curly hair markets in the world, and we’ve been lucky to have some natural recognition and resonance there, but we know it can be more,” said Schaeffler, who started at the brand in December and has had his eye on international growth ever since.

According to Larissa Jensen, beauty industry analyst at The NPD Group, DevaCurl is the prestige hair care category’s No. 1 brand, as curly or ethnic hair products have yet to infiltrate larger brands or chains. “Wavy and curly products are growing at 40 percent per year, but the category represents only a 6 percent share of prestige hair, which is truly dominated by salon hair care,” she said.

The DevaCurl Academy follows what Jensen described as customer trust coming from “expertise.” For Schaeffler, it will serve as a platform for local stylists to use and talk about DevaCurl products with customers. Stylists who take classes at the school will receive an introductory kit of products, including the brand’s best-selling No Poo shampoo, which retails in the U.S. for $24 for a 12-ounce bottle. That the stylists are originally from Brazilian states like Bahia is also strategic, as DevaCurl has been primarily focused on cities like Rio de Janeiro and São Paulo — the latter, for instance, is 23 hours away from the state of Bahia by car and therefore difficult for those customers to access product.

“We view these stylists as what influencers are in the U.S. They are the ones talking about the product and have access to women in these areas,” said Schaeffler.

But, of course, influencers are also a part of DevaCurl’s upcoming Brazilian expansion. The brand is looking to formalize relationships with actresses and influencers, like Fernanda Souza (with over 18 million Instagram followers), Claudia Raia (with 4 million followers) and Camila Coutinho (with more than 2 million followers). All of these women have been sharing Instagram posts and Stories on DevaCurl in an organic and unpaid capacity, without having a prior relationship with the brand. For instance, after an organic Instagram Stories post from Souza, DevaCurl gained over 10,000 new followers on its Brazilian channel in one day, where it now has about 88,000 followers, said Schaeffler.

“It’s been an ideal scenario, where these influencers are talking about us and using the products in an organic way because they love them,” said Schaeffler. He hopes to add 30 to 50 DevaCurl local ambassadors by year’s end, in a gifting capacity.

Schaeffler plans to take a similar three-prong approach of a brand academy, local stores and organic influencers to other countries by 2020. “Brazil is only step one, Europe is next,” he said. “This strategy of education, social media and a meaningful, local brick-and-mortar presence is going to be replicated across the globe. It’s the only way for DevaCurl to become a true international brand.”