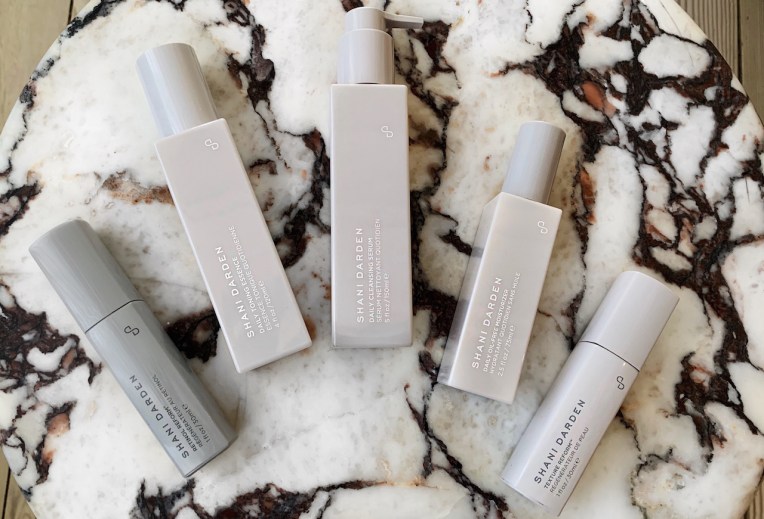 Are facialist brands the next skin-care wave?

It’s been an unusually busy few months for aesthetician Shani Darden. In June, Darden opened her first flagship studio, a 2,300-square-foot space in Beverly Hills, after previously treating her A-list clientele, like Jessica Alba, in her Los Angeles home. In July, she hired her first CEO, Jessica Goldin, a Beautycounter marketing alum, and received undisclosed investments from BAM Ventures and Beechwood Capital. Though Darden has had a curated product line of five items since 2013 and is estimated to do approximately $5 million in sales this year, per industry sources, these recent strategic moves are focused on amplifying her overall business.

Though skin-care sales continue to boom — according to The NPD Group, the segment grew by 7% in the second quarter to $1.4 billion — no aesthetician-fronted brand has emerged as a dominant player in the last year in the way that makeup artist Pat McGrath has on the cosmetics side. Instead, it has been brands like Glow Recipe and Drunk Elephant, with outspoken founders, clever packaging and savvy social media presences, that are taking market share away from legacy players. The last major facialist-led deal was Kate Sommerville’s sale to Unilever in 2015.

“I needed someone to help me grow the brand,” said Darden, of Goldin’s appointment. “I want to expand the product line, and when I’m doing so many facials six days a week, I don’t have the time to bring what I do to people everywhere.”

Darden is one of many aestheticians hoping to grow her brand, both operationally and through a wider following. Tracie Martyn is also in the midst of raising its first round of capital after 21 years of business. Marius Morariu, the company’s co-founder and CEO, said that over the course of the next few months, he hopes to hire the brand’s first COO to focus on the direct-to-consumer arm of the business, as well as a digital marketing savant. Facialist Joanna Vargas expanded into a 14,000-square-foot, Midtown Manhattan space in November 2018, with five times the employees (65) than at her prior NYC location, plus she recently hired a medical director to offer more dermatological-level treatments and products to her studio’s services. Vargas is moving her product line into two new categories by the end of 2019.

“Shani is an influencer, and while we have seen a lot of influencer-led beauty brands, she has amazing products that show her expertise and what actually works on her clients,” said Goldin. “There are only so many people who can see her in the studio, and products are a way to grow that. Wholesale is an incredibly important tool in getting more people to know Shani firsthand.”

Darden and Goldin shared that the brand is in talks with a national brick-and-mortar retail distributor for 2020. Currently, the line is sold at Net-a-Porter and Cult Beauty. Darden’s DTC site is responsible for the lion’s share of sales, Goldin said; she would not reveal exact figures. The brand will be growing its product assortment in tandem over the course of the next year.

Likewise, Morariu said there are limits to having one single studio — the flagship Tracie Martyn space is off of Union Square in Manhattan. “What Marcia Kilgore did with Bliss was that she took this idea that facialists were old-fashioned and made herself a cool friend. LVMH grew that business to so many locations, but our technology and spa are not something we can bring everywhere because it is expensive,” he said. Luxury-priced spas like Tracie Martyn have also faced increased competition from accessibly priced facial bars purveyed by the likes of Heyday.

“We have had to consider what is scaleable and what is not, and products are a much easier story to explain,” said Morariu. Currently, the split of services to products for the Tracie Martyn brand is about even, but the company expects products to account for 90% of sales by 2022. Vargas said her namesake product line accounts for 30% of total revenue, and she is eager to grow that with her entree into more skin-care offerings. Today, even Bliss, which banked on that dual product-and-services strategy for so long recently split its product offering from its spa business by growing dramatically into mass retailers like Target, Ulta, CVS and Urban Outfitters.

For now, Tracie Martyn is not as concerned with developing more products as it is with promoting its site as a one-stop shop for product, education and holistic health. Though the brand has select wholesale distribution at Space NK and Blue Mercury, unlike Goldin who is more focused on third-party sales, Morariu is pushing forward on DTC. “It’s our No. 1 channel and accounts for 30% of product sales,” he said. “It’s growing faster than anything else.”

DTC is where funding will prove pivotal for Tracie Martyn, as it has not yet had the budget for funnel and influencer marketing campaigns. Thus, it has leaned on celebrities like Kim Kardashian West for organic cross-posting moments. Darden has also not engaged in any paid influencer or DTC marketing tactics beyond gifting to clients.

“Everything she has done until now has been organic, and our engagement has been high,” said Goldin. “People are looking for education to understand their skin. Communicating Shani’s point of view is key when a lot of other products don’t work like hers.”