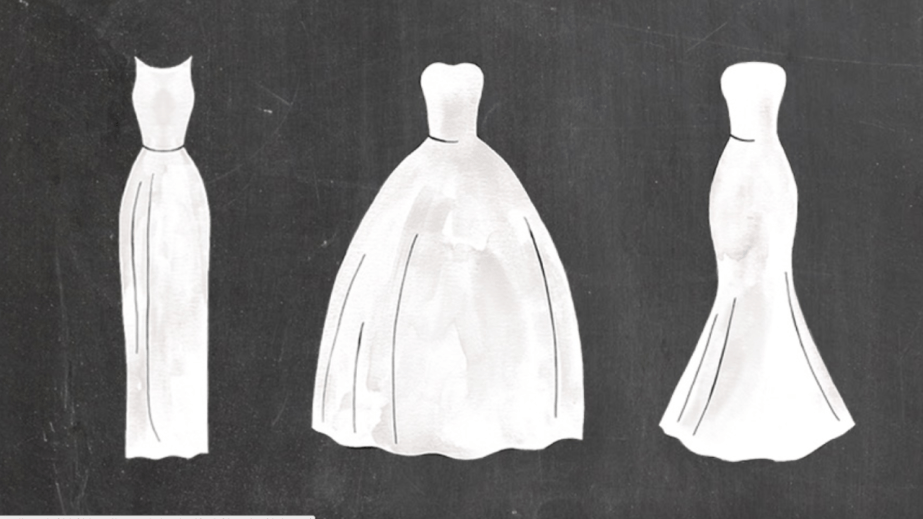 David’s Bridal, one of the most well-known providers of wedding dresses in the U.S., filed for Chapter 11 bankruptcy protection on Tuesday, in an effort to eliminate $400 billion of the $750 billion in debt the company has accrued.

David’s Bridal is the latest victim of the sea changes that have rocked the fashion world at large, with bridal fashion brands being hit particularly hard as of late. One of David’s Bridal’s top competitors, Alfred Angelo, folded completely and unceremoniously last year, leaving hundreds, if not thousands, of customers with no dress and no refund for their already-planned weddings. David’s Bridal, to its credit, has promised that every currently-placed order will be fulfilled as the company goes into a restructuring stage.

When asked for comment, David’s Bridal carefully refused to use the term “bankruptcy,” instead offering a statement from CEO Scott Key, saying the decision to file for bankruptcy protection is just the next step in efforts to proactively secure David’s Bridal for a long, successful future. “We are implementing our consensual restructuring plan from a position of strength and, with the support of our lenders, noteholders and equity holders, the plan will allow us to reduce our debt significantly while continuing to run our business as usual,” it said.

A combination of factors came together to bring David’s Bridal to this point. Changes in cultural marriage habits, competition from younger brands and the digitization of the fashion shopping process all contributed to the company filing Chapter 11.

Here are some of challenges the company faced through the last few years and how they ultimately led it to its current situation.

Delayed wedding bells
Like movie theaters and fast casual dining, bridal fashion brands like David’s Bridal are the latest in the long line of Things Millennials Have Killed. Millennials are waiting longer than generations before to get married. Research from places like the Brookings Institute and the Pew Research Center have all confirmed the widening gap in marriage rates among millennials compared to their older counterparts.

Much of this can be attributed to the fact that weddings are expensive and require more financial stability than most millennials can hope for at a young age. At the same time, that lack of financial means makes shopping traditional and somewhat costly retailers like David’s Bridal less of a viable option.

“When you think about millennial couples today, they are unlike any previous generation. They’re getting married at a much older age than ever before,” said Shan-Lyn Ma, CEO of registry platform Zola, in a previous interview with Glossy. “They tend to live together before they get married. They live on their mobile devices. These things mean that what they want from a registry and planning a wedding are fundamentally different than anything else out there.”

DTC competition
For a while, younger consumers getting married were turning to mass fashion alternatives versus traditional wedding dresses. As young consumers tended toward spending on experiences rather than things, brands like Topshop and H&M made a play for ultra-affordable bridal fashion for millennials who were fine with a more affordable if less luxurious wedding.

But that trend has died down and brands that embraced it, like J. Crew, have discontinued bridal lines. Since then, a new batch of brands have arisen, riding the wave of Warby-Parker-adjacent DTC brands, aimed at finding a middle ground between mass and luxury.

Brands like Floravere, Anomalie and Brideside have emerged with the slick marketing campaigns and VC funds that have become a staple of the online DTC brand boom. These brands combine a more affordable price tag — The Knot says people are spending less on their weddings now than ever — with hipper, more digital-native-friendly tactics than David’s Bridal. For example, Floravere taps into how younger consumers shop today by heavily involving Pinterest in its process, a platform that 64 percent of brides use to prepare for a wedding.

If it can clear up the still considerable mountain of debt looming over it, David’s Bridal will have to adapt to this new landscape where customers shop in a much more fragmented way than their predecessors. Scott Key payed lip service to the idea that David’s Bridal needs to keep up with the times, promising to “allocate even more of [its] resources toward making strategic investments in digital technologies.”

Whether the company can actually keep up with the young upstarts or meet the same fate as its counterpart Alfred Angelo remains to be seen.