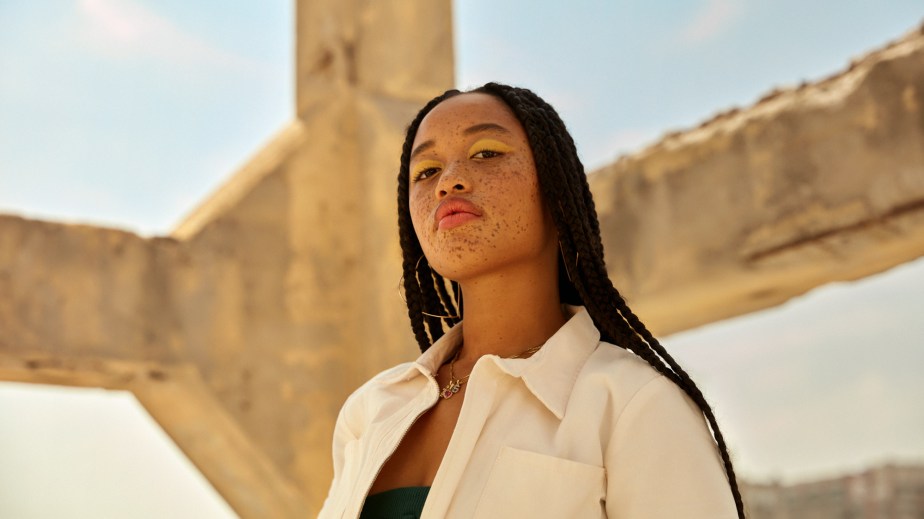 How Twitter’s audience is transforming conversations about beauty

Salem Mitchell is vibrant and young, with a magnificent spread of freckles across her face.

A few years ago, there were people on social who tried to make her feel ugly, likening her freckles to poppy seed bagels and bruised bananas. Words can sting, but Salem didn’t let them get the better of her.

She clapped back on Twitter with a photo of herself cradling spotted bananas against her freckled face — and the beauty audience was here for it. Fans and beauty tastemakers alike jumped in to shower her with love and share their affection for their own imperfections.

“People making fun of my banana freckles turned into a modeling career, thanks if you’ve ever said anything good or bad it worked in my favor,” Salem Tweeted, following a photo of herself waving a modeling contract from a top agency. Soon after, Mitchell was featured on billboards, magazine spreads and in the front row at fashion shows.

Salem did more than shake up the industry with her bold, defiant stance: She ignited conversations that change how we see the world, each other and ourselves.

The trailblazers on “Beauty Twitter” are celebrating their taste with ‎#MyStyle…

There is no force more powerful than a women determined to rise 🤘🏻#mystyle #myway pic.twitter.com/MtRYLv0lgI

They’re encouraging one another with ‎#LoveYourBody…

And they’re showcasing the latest ‎#StreetStyle…

This audience possesses insider insights and big ideas — and they’re spreading them everywhere. In the US, 77 percent1 of them are more likely to share their views and recommendations, as opposed to 49 percent of non-Twitter users.

The thrill of finding a chic look or ingenious beauty fix is what drives this audience, composed of MUAs (makeup artists), influencers and thousands of consumers who appreciate both the artistry and creativity inherent in the industry.

Conversations about beauty are blowing up on Twitter — according to a Twitter-commissioned study 46 percent2 of people on Twitter are interested in following beauty on social media. Beauty Twitter is open to learning about products and services, but the audience is also interested in the broader cultural issues that are increasingly intersecting with brands. Inspiring topics such as practicing self-acceptance and redefining beauty, makeup designed for people of color and sustainability in the production and packaging of products spark dynamic conversations every day on Twitter.

Beauty Twitter is a hub of feel-good stories, information and striking imagery — and it delivers what advertisers want. The impact for beauty brands on Twitter is as stunning as a total glow-up.