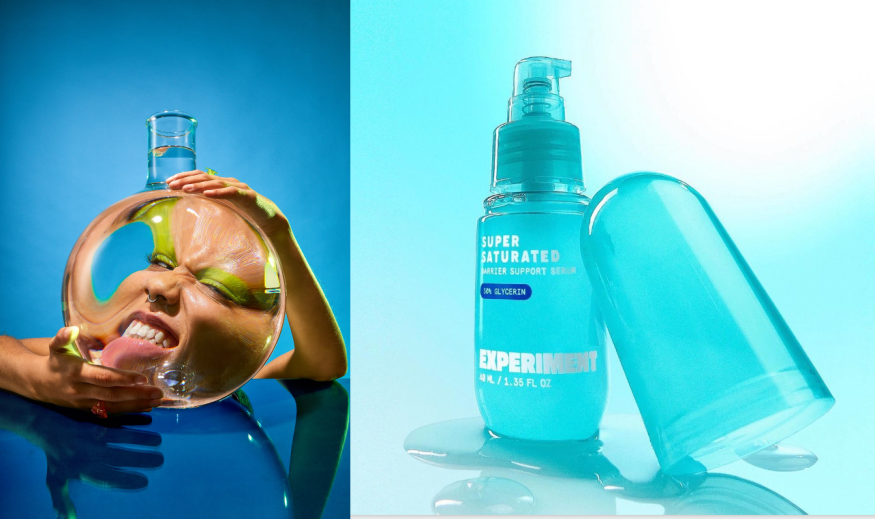 For years, beauty’s experienced countless far-flung trends. Among them: crystal-infused skin care, 10-step skin-care routines, and the rise and fall of “clean” beauty. But now, skin care is going back to basics.

In September 2021, I reported on the rise of products designed for sensitive skin — not a new condition, but one that had been exacerbated by customers experimenting at home with increasingly strong exfoliating acids. Similarly, in March, this newsletter covered the popularity of TikTok discussions around the skin barrier and the rise of products containing ceramides, another time-tested ingredient supporting skin-barrier health.

Now, glycerin is taking a turn in the spotlight. That’s despite that it’s thought of as an unsexy ingredient that can already be found in countless products you own.

Founders of the Gen-Z-focused skin-care brand Experiment Beauty, which soft-launched in 2020, are working to give the ingredient a PR facelift. On November 15, it launched its first topical skin-care product, Super Saturated, which is a serum meant to support the skin barrier that is formulated with 30% glycerin. It is the only serum on the market with such a high concentration of glycerin. Even though glycerin is not often called out as a hero ingredient, if you turn around the bottle on countless personal care items, you’ll notice that it’s there. “Glycerin is the backbone of most hydrating products. It’s just usually below 5%,” Lisa Guerrera, co-founder and CEO of Experiment said.

According to a journal article in the Scientific Spectator, when glycerin is 25-40% of a product, it is barrier protecting and can protect against irritation. “That’s one of the main claims we have for this serum: At this range, you can get these unique benefits that only only glycerin provides. Hyaluronic acid doesn’t have these benefits,” Guerrera said. The copy on the inside of the boxes the company sent to press and influencers at the serum’s launch reads “Baby alien skin, bottled,” referring to an otherworldly, dewy glow the goopy, icy blue serum is meant to give skin.

In 2020, Harper’s Bazaar published a story titled “Are you misusing hyaluronic acid?” explaining the fact that, for some people, hyaluronic acid can lead to skin irritation or increased dehydration. According to some experts, the founders of Experiment included, glycerin presents a better, readily available alternative. Hyaluronic acid is the standard ingredient used in hydrating products, or at least the one marketed as the hero. According to data from digital trend-spotting agency Spate, it receives 289,000 average monthly searches alongside ‘skin care’ and ranks high in skin-care ingredient search volume, indicating that it’s a mainstream ingredient.

“Our whole thing is that glycerin is better than hyaluronic acid,” said Guerrera. “It has a near-zero irritation profile, where newer research coming out on hyaluronic acid shows that that lower-molecular-weight hyaluronic acid can be damaging and cause inflammation.”

Dr. Shereene Idriss, founder of newly launched skin-care brand PillowtalkDerm, also sings the ingredient’s praises. “Glycerin should rise to peak popularity. It keeps the skin lipids between our skin cells in a healthy state and helps protect against irritation. It is a powerhouse ingredient and far more hydrating than other humectants,” she said.

According to Idriss, glycerin can travel “deep down into the dermis to pull moisture up and allow the skin to plump and hydrate itself from within.”

According to Emmy Ketcham, Experiment co-founder and CPO, glycerin was the third-most-frequently-used ingredient in skin care in 2014, following water and fragrance. It was reported in 15,654 cosmetic products.

What Ketcham and Guerrera are doing differently is positioning glycerin as the star of the show. With the serum launch, Guerrera hopes hopes Experiment will help rewrite glycerin’s story and change the narrative that it’s a boring ingredient, or one that is second fiddle to hyaluronic acid. Retelling the stories of tried-and-true science-first ingredients is something Experiment will continue to do, Guerrera said.

“The reason that hand cream works well is because glycerin is mixed with a lot of thick butters and waxes that cut the stickiness,” Guerrera said. “But for a water-based serum like ours, it’s hard to make glycerin feel good at that level.” A recent launch from body-care-focused Soft Services — a “Skin Rehydrating Gel,” dubbed Speed Soak — calls out its use of 6% glycerin.

On TikTok, the hashtag #glycerin has 34 million views. Dr. Idriss has a post in which she talks about loving the ingredient for being a “skinny little biatch” — again, referring to its ability to penetrate the skin. And according to recent data from Spate, glycerin currently receives 486,000 average monthly searches, which indicates considerable consumer awareness. Though searches are actually down 13.4% year-over-year, Spate noted that consumers are searching more questions around the ingredient. For example, “what is + glycerin” has 5.4% YoY growth, and “what does [it do] + glycerin” has seen 5.6% growth. 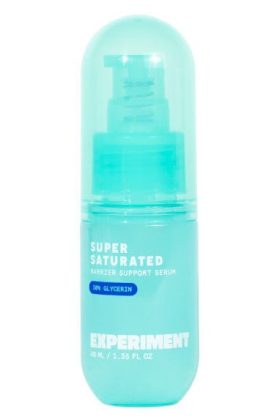 Based on data compiled by digital trend-spotting agency Spate comparing U.S. Google searches from October 2021-September 2022 to October 2020-September 2021, mahogany is having a moment across the makeup category, particularly in the lip category, followed by iridescent shades.

“However, consumers are also adding a splash of shine to their makeup looks, with iridescent, silver and ‘foil’ products,” Horwitz said.

Beauty & Wellness Briefing: How TikTok changed the role of social and education teams

He helps the RealReal keep it real

How this artist creates the most intricate, 3D nail art you’ve ever seen