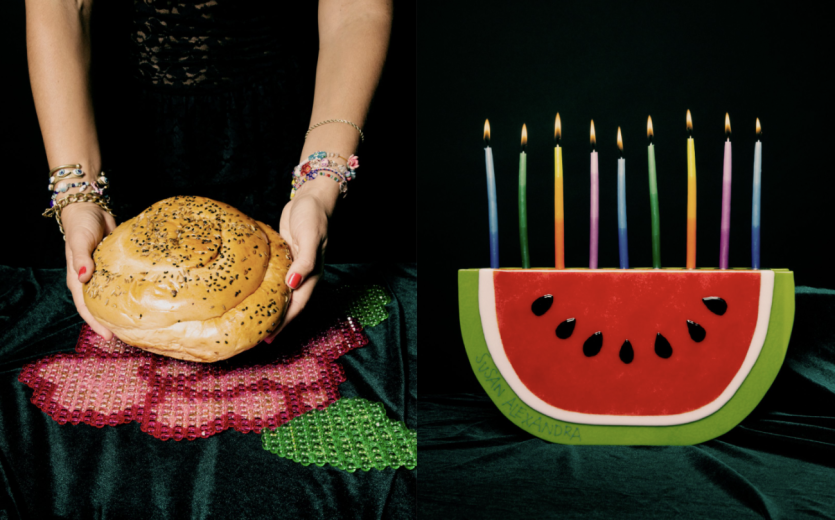 Friday, on Shabbat, Susan Alexandra, the brand known for its playful jewelry and beaded bags beloved by the cool, fashionable set, is launching a new collection of Judaica. The collection includes lots of jewelry, but also traditional objects like a watermelon-shaped menorah (the candelabrum used for Hanukkah), Shabbat candle sticks and mezuzot, which are doorposts hung outside a Jewish home. The menorah is $248, while the candle stick holders range from $228-$448. The collection is available on the Susan Alexandra website and at the brand’s Lower East Side store.

“I’ve been working towards this collection for a really long time,” said the brand’s namesake founder, Susan Alexandra Korn. The Susan Alexandra collection already featured a take on a traditional Star of David necklace, which Korn said has been a resounding success for the brand. “I was like, ‘OK, this is interesting that people know us specifically for one Jewish star necklace.’ I felt people would also like my take on yarmulkes, mezuzahs and menorahs. So that’s where the product development started.”

Furthermore, she said, she’d looked for beautiful menorahs, either to give as gifts or for herself, reporting, “I just didn’t find anything I was super moved by.” As another young Jewish woman in New York, it’s a statement I can echo. “Since it doesn’t exist, I decided I’d be the one to make it exist.” Korn said she plans to build on the first collection, as there are more products she wants to make and more menorah designs she has in mind.

To launch the collection, Korn cast a campaign of Jewish New Yorkers, some of whom are her friends and some she reached out to via cold DMs. The resulting photoshoot included the TikToker Clara Perlmutter, aka @tinyjewishgirl (867,000 followers), New Yorker writer Naomi Fry, photographer Hunter Abrams, and activist and writer Adam Eli. In the campaign, modeled jewelry features Jewish words and phrases like “Kosher,” “Chutzpah,” “Shayna punim” and “Beshert.”

“We’re launching it the way we launch anything else: We shoot the photos, we put it on our social media, we put it into the world,” Korn said. The brand also hosted a Shabbat dinner for press and influencers, a day early, on Thursday night.

It is, in part, due to the gravity of the moment that the brand is not doing anything “out of the ordinary,” in terms of the marketing levers it’s pulling, Korn said. As for its aesthetic, however, the campaign differs from the brand’s norms. “I think this is going to be an important collection for my brand,” she said. “We designed the campaign in a very different way. There’s a seriousness and a weight to it.” The collection was inspired by Korn’s late grandmother. “It’s a pivotal time for Jewish representation in Jewish conversations, and for conversations around antisemitism and semitism, in general,” she said.

Perlmutter was honored to take part: “It meant a lot that Susan asked me to be in this shoot. I’ve had some videos recently blow up that [attracted] really antisemitic comments, [even] before Kanye spoke out. But after he doubled and tripled down, [it got worse],” she said. In the past, commenters have said things like “6 million wasn’t enough,” referring to the number of Jews killed in the Holocaust. At the same time, others have said she should take those comments as a joke. “It’s just so not OK,” she said. Though she has always been “proudly, openly Jewish,” she’s had other Jewish creators tell her they would hesitate to put that identifier so publicly in their online personas.

“To be one of the faces associated with [this group of] New York Jews [in the campaign] who are proud and who are wearing symbols of their heritage is awesome,” she said.

In spite of the fact that reported incidents of antisemitism have recently increased, Korn said she did not feel afraid to launch this collection. “I know that that’s privilege on my end — it’s very privileged to be able to create art without fear. I own that I have the privilege of living in a city that’s very liberal and where there are a lot of Jews. There are a lot of people who have the same beliefs as I do about expression and religious freedom,” she said.

When Korn posted previews on Instagram that the collection was coming, she realized its very existence could put the brand on the receiving end of antisemitic comments and sentiment. “And then I realized that I have the choice to block those comments before they happen.” She decided to act in advance, and blocked comments containing slurs against Jewish people. That said, she added, “If there is anyone who speaks out in a derogatory way, or if I see anything happening, I am prepared to talk about it. And I want to talk about it. [That’s] how we learn.”

Recently, Korn spoke to a rabbi about the concept of being a “good Jew.” “I was like, ‘Well, you’re a way better Jew than me. You’re literally a rabbi!” she said. “He was like, there are so many ways we can be good Jews and good people. And what you have that a lot of Jewish activists or Jewish people don’t have is a platform, and you have people who listen to what you say. And when you use it to lift up other people and lift up [the] community. that’s ‘being good.’ That was a really impactful thing,” Korn said. 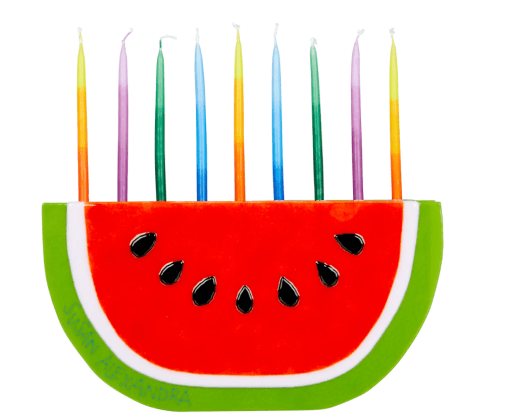 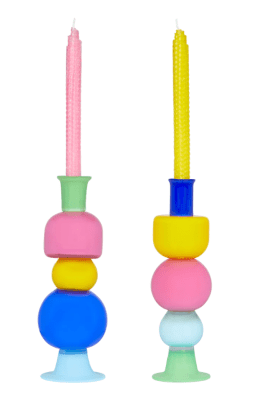 Fashion designer Peter Dundas on why bling and martinis are back

The hot shoe right now is called a dad sneaker. What do dads think about that?

Why foot botox is trending among fashion people post-pandemic