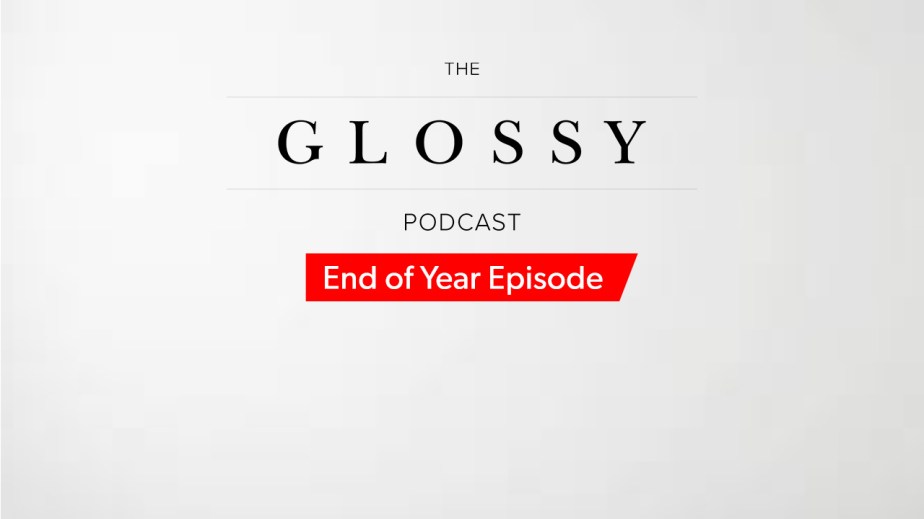 ‘You can’t stand on ceremony’: The best moments on the Glossy Podcast in 2017

This year on the Glossy Podcast, we discussed the forces of change, driven by digital technology, that designers, brand founders, and the agencies who work with them were forced to adjust to.

Each week, we explored topics including how Instagram is changing the way people interact with brands online, the rise (and fall) of see-now-buy-now and designer burnout, what the digitally native brand market looks like now that the space is matured, and the elephant in the retail room: Amazon.

To capture the biggest conversations we had on the Glossy Podcast, we compiled the best quotes from guests like Tim Coppens, Hilary Swank and Rachel Zoe as they discussed navigating the new fashion landscape. Edited highlights, below.

Designers adjust to sea change
Designers no longer have time to breathe between seasons as the fashion calendar becomes cramped with more collections throughout the year. In response to shifting consumer behavior, some designers have tried to adjust to a see-now-buy-now model — or, like Amy Smilovic, the founder and creative director of Tibi, have staunchly refuted it.

“We did not consider [see now buy now] for a minute. We’ve made our mark by offering innovative and modern designs that are deceptively wearable. For anything to be modern and creative, it takes time for the consumer to see it and fall in love with it,” she said during a podcast recording in April. “Maybe for a sweatshirt that would work, but that’s not my goal to introduce something that basic. ”

Even without switching to an in-season model, designers — particularly in America — are under pressure. Tim Coppens, who was trained as a designer in Antwerp, had to adjust to the creative and commercial clash once relocating to New York City.

Amazon creates a divide
To try to beat it, or join it? That’s the question fashion brands face when contemplating Amazon’s role in e-commerce. Most founders and designers we spoke to want to keep Amazon at arm’s length as long as possible. And they’re not all shaking in their boots.

“When Amazon announced they were getting into button-down shirts, that announcement sent shockwaves through retailers like Gap, Old Navy, Target — the people that are competing on price and convenience,” said American Giant CEO Bayard Winthrop in March. “But I bet that Yvon Chouinard slept soundly that night because he’s talking to a different customer. There’s going to be big businesses on both side of that. I just don’t think the customer that’s going to be shopping for a decent quality shirt from Amazon is going to be shopping from Patagonia.”

While brands stay wary of Amazon, there’s an opportunity for marketplaces to pop up and appeal to luxury labels. Jennie Baik, the CEO of Orchard Mile, said that her company is filling the space left open by Amazon’s inability to rope in luxury brands.

Digitally native brands mature
It’s never been easier to start up a brand. The retail tenants established by digitally native, modern consumer companies are well-known by now: practice transparency, cut out the middlemen, and have a direct relationship with your customer. But did these brands, oftentimes saddled with millions in venture capital dollars, really rewrite the rulebook?

According to Scott Tannen, the founder of Boll & Branch, not so much — and there’s a massive correction coming in 2018.

“I’ve been through the process, and what I’ve realized is you’re never buying the sales if you want to be in this game for a long time. If your intent is to maximize your valuation, you’re playing the game of how many sales can I purchase, because your revenue is not providing the capital you need to grow,” said Tannen in December. “It’s an unsustainable model all about momentum. For every company that IPOs there are hundreds and hundreds who don’t have those magic beans and it just doesn’t happen.”

Growing up under the hood of a brand that’s been burned by the expectations accompanying big rounds of investment can help younger startups gain wisdom as the space matures. Maggie Winter, the co-founder of denim brand AYR that was incubated by Bonobos, can tell you: Turns out, blowing millions in marketing over the course of a year isn’t the way to gain real customers.

“There’s a generation of brands that tried a lot and spent a lot of money toward customer acquisition, which is the biggest hurdle for any brand — just getting people through the door,” said Winter. “We’ve had the benefit of learning, OK, that’s not a great way to spend $5 million in a year. Let’s not do that. Survival is real. You want to run on your own business. You don’t want to run on your last round of funding.”

Instagram rules fashion
Fashion is ruled by the Instagram feed, and the industry is still coming to terms. The platform is changing the way people interact with brands, the way brands plan their collections and campaigns, and even the way designers show their fashion shows.

As a result, the fashion industry is full of rash decisions.

“People go crazy when there is change that’s happening. We just have to adapt to the new normal. Fashion is not what it used to be 20 years ago. The whole industry is not what it used to be 20 years ago. I blame Instagram,” said Rony Zeidan, the founder of luxury agency RO NY. “There’s been a rush in trying to understand what’s going on, and reacting to things on the dot, versus waiting and seeing what’s going to happen. This whole word of social media lasts for a couple of seconds. You have to repeatedly put content out there and keep talking about the brand to leave an impression.”

Regardless, the pressure to say on top of the social media tide is mounting. Rachel Zoe, a stylist before becoming a designer, said that she used to have to keep her work as a stylist behind the scenes. Today, anyone in the fashion industry can be made, or broken, by their social media presence.

“You can’t stand on ceremony at this time, or say this is the way it worked four years ago and so this is how we’ll keep doing it. You have to roll with the times — you don’t have a choice. When I was styling, there was no social media or Instagram. You have to look at business differently now, or else you will get lost.”