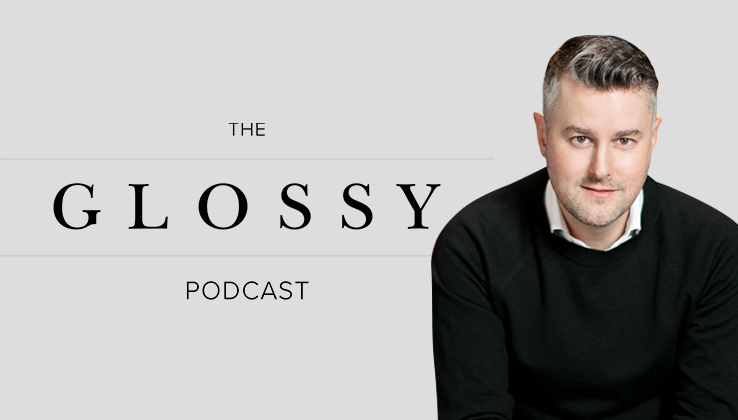 Farfetch North America president Jeff Fowler: ‘The store of the future will never be finished’

Farfetch has big ambitions for its Store of the Future project, a new service rolling out later this year that isn’t a store itself — rather, it’s an API for in-store technology that luxury brands can use to modernize their physical boutiques.

It’s hard to pin down exactly what a Farfetch-enabled “store of the future” will look and feel like. On this week’s podcast, which was recorded live at the first Glossy Summit in Miami, Farfetch North America president Jeff Fowler did his best to explain. He also explained why it’s so hard to explain.

“If it sounds like I’m evading your question, I’m not,” he said. “It’s just that there isn’t one single package that is the store of the future. At its core, it’s a platform, an extension of the Farfetch API that can build an experience in the store.”

Fowler went into detail as to what those experience might look like, how Farfetch could take on Amazon and why the in-store experience isn’t going away. Edited highlights, below.

Why is an e-commerce marketplace helping brands improve their stores, anyway?
Farfetch launched in 2008 as a marketplace selling boutique inventory globally online. Since then, brands have begun selling directly on Farfetch, but the company doesn’t house inventory and doesn’t plan to. While Fowler said he gets asked a lot why Farfetch has decided to invest in the in-store experience, he thinks it fits into what Farfetch has done since the beginning: Digitize the luxury store.

“We’ve been in the process of creating this store of the future since the beginning,” he said. “We want to find the customer wherever they may be, and that’s still in store.”

Resisting technology for technology’s sake
Fowler said that while the “store of the future” title might sound like a tall order, the goal isn’t to smack people in the face with technology as soon as they walk in the door. The goal, instead, is to address the fact that while brands can collect data throughout the entire online shopping process, the in-store shopping process remains largely anonymous. Farfetch is hoping to solve for that through personalization — Fowler believes that if the experience is strong enough, people will eventually lose inhibitions around “checking in” to a store on their phones.

“There’s a way to connect the data online to the offline world in a way that doesn’t feel intrusive,” said Fowler. “If the process of checking in is simple, and it makes the experience richer, she’ll opt in.”

The race against Amazon
Fowler acknowledged that when it comes to Amazon’s ambitions, it’s a question of “when,” not “if,” they’ll achieve something they put their minds to. But encouraged by the luxury executives who have spoken out against selling through such a transactional platform that lacks emotion, Farfetch believes there’s room in the market for a luxury competitor.

The self-fulfilling prophecy of the “store of the future”
If you pin a product around an of-the-future moniker, isn’t it destined to always be out of reach?

“The store of the future will never be finished,” he said. “We’ve begun working on this project in earnest to enhance the merging online and offline, and we’re obsessively focused with the foundations of the store of the future, what we think will look like an API platform that could become the operating system for the luxury industry. Not everything will succeed — there will be a trash heap of attempts. But it’s about continuous development and engagement.”