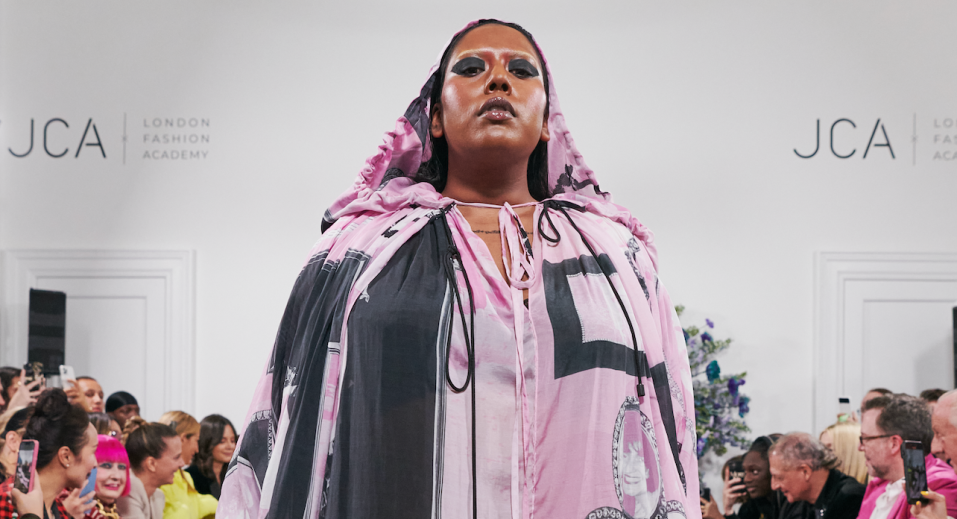 “It’s quite challenging to grow a business, while also maintaining sustainable values. The core [tenet] of sustainability is anti–growth,” said Patrick McDowell. “Everything that I’ve done since I started the brand was about turning old things into new things. Initially, my perspective of being an outsider looking in made me see that it was strange that we had an industry that was based on guessing what people wanted.” Many of McDowell’s customers are in their late 20s and 30s. For his younger fans who follow him on social media, McDowell encourages investments in well-made, sustainable pieces.

Likewise, Botter established a partnership to incorporate algae materials with a lower carbon footprint, working with researchers at a number of European universities. The incentive for both McDowell and Botter’s designers comes from young consumers. For its part, Botter also caters to younger shoppers with its price point of $220-$300. In an interview with Vogue Business, Botter co-founder Lisi Herrebrugh said, “Young people want to […] be part of a real story. The consumer, especially the youth, is not buying into bullshit.”

McDowell said that Tencel material can be scaled more easily than off-cuts and material deadstock. Seventy-five percent of his spring 2023 line, which debuted on Monday. was made of out Tencel lyocell. Tencel launched 30 years ago, whereas Tencel Luxe launched in 2017; it’s a higher-end, longer filament version of the original fabric and better suited for high-end design.

“We can trace everything back to the very origins of the fabric and also work with something which degrades and that we can actually certify,” he said. “We can show our customers through the tracking system in the tag that this was grown in this forest in Austria, turned into filament here, turned into fabric here and then made into a garment in London, less than 10 miles from our studio. Now it’s theirs.”

Harold Weghorst, Tencel global vp of marketing and branding, said, “We see a significant shift toward sustainability throughout the industry, but specifically in the luxury and premium industry that is driven by a younger generation, who are more concerned about the future of our planet. That is also our target audience for Tencel Luxe. So we’re looking for designers who speak to that audience and who believe in sustainability themselves, like McDowell,” he said.

Patrick McDowell’s growing popularity prompted the designer to launch the inclusive made-to-order collection. Customers can input their measurements to order a tailored item for $1,100-$3,300. The offering is available to those in U.K. sizes 0-24.

As for next steps, the brand is considering entering carefully selected retail partnerships and launching digital clothes. “We did a digital-only show a few years ago, and that had a good reaction,” said McDowell. “[Brands are providing] more dynamic experiences, rather than just selling. You can see it with different avenues like secondhand and rental, and stores becoming more experience based. It’s important that sustainability on and off the catwalk is enticing.”