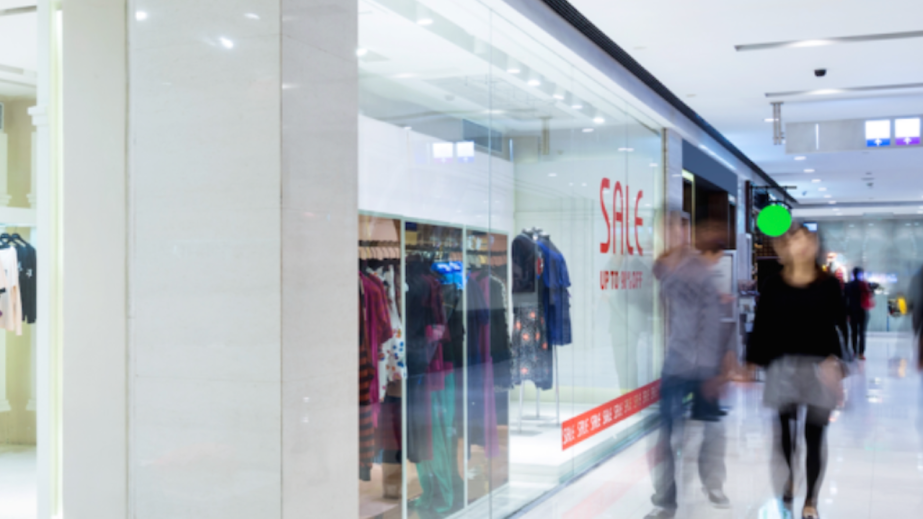 This article was first reported on, and published by, Glossy sibling Modern Retail.

Big-box retailers are kicking off the new year with store closures.

In the first week of January, Macy’s said it is closing four of its locations at shopping malls as part of its Polaris strategy, its years-long plan to position the company for growth and profitability. Bed Bath & Beyond said in its earnings call this week that it is set to close about 150 stores by the end of the fiscal year 2022 (typically by the end of February). Starting this month, craft supplies chain Joann Fabric is reportedly closing eight of its stores, saying that this is part of a standard physical store process.

Store closures are standard practice among traditional retailers who often evaluate the profitability of each location. In this round of closures, however, more retailers are taking the digital experience into consideration as well as the location and appropriate size of their stores. This signals how retailers are adapting their fleets to match how people prefer to shop and where.

“During the third quarter, 20% of omnichannel markets grew sales year over year, accounting for about 15% of Macy’s brand comparable owned plus license,” Adrian Mitchell, CFO of Macy’s, said during a call with investors and analysts. “We have been aggressive about rightsizing our store base, and we’ll continue to prioritize asset monetization.”

Melissa Minkow, director of retail strategy at digital consultancy firm CI&T, said it’s not uncommon for retailers to close stores around this time of the year. “From a retail strategy perspective, we’re at this reckoning moment of how do we strike the right balance between brick and mortar and digital,” she said. “It doesn’t have to be a bad thing, and in a lot of cases, it’s not a bad thing. It’s more just figuring out where your ROI sits among your stores.”

However, this time around, these store closures also signal retailers’ continued focus on updating some of their store fleets to meet the evolving consumer shopping behavior. For example, the four locations that Macy’s is closing are mall-based stores, but it is also opening smaller format stores located outside the mall. The department store said in July that it is opening four new off-mall, small-format stores in fall, which include Market by Macy’s and Macy’s Backstage. Macy’s net sales dropped 3.9% in the third quarter with e-commerce down 9% and brick-and-mortar sales down 1%.

Several reports — including from credit rating business Morningstar and analysts from UBS — claim that Kohl’s could experience a wave of store closures in the near future. This comes at a time when the department store has continued to invest in smaller format stores.

Joann, on the other hand, has been planning to bolster its multichannel strategy. “During the quarter, we continued to advance our key strategies, including enhancing our store experience, which, among other things, includes our journey to refresh our current and relocate stores,” Wade Miquelon, Joann Fabrics CEO, said during a call with investors and analysts in December. “We had 13 grand openings in the quarter in which all but one was either relocation where we’re able to increase our square footage or enter into a net new market force altogether.” The retailer’s net sales declined 7.9% year-over-year in the third quarter to $562.8 million, while its omnichannel sales represent over 11% penetration of the company’s sales.

In some instances, however, shutting unprofitable locations down can be a risk management tactic, especially now where a recession could potentially happen and the operating environment could change drastically, said Hilding Anderson, head of strategy for retail in North America at Publicis Sapient. Anderson, among other analysts, said that store closures are an effective cost-cutting measure that can help retailers refocus their investments toward their more profitable locations. “I see this as part of the natural process of reconciling where you want to be in three to five years versus where you are now,” he said.

In an attempt to reduce its losses and avoid bankruptcy, Bed Bath & Beyond confirmed this week that it is closing more stores. It announced a list of 56 stores it plans to shutter in September and an additional 62 new closures across the country. Bed Bath & Beyond’s operating losses have ballooned to 423% year-over-year in the third quarter to $450.9 million, and its net loss grew by 42.2% to reach about $393 million.

Much like Bed Bath & Beyond, discount chain Big Lots, announced “an accelerated number of closures this year” during its earnings call last month. The retailer said its results in the quarter took a hit due to inflation’s impacts on consumer spending. Despite the announcement, Big Lots has been focusing on rural and small-town markets, with its new stores in these areas displaying “strong performance.”

“I think it’s taking a proactive stance to invest and stay current with your store footprint, rather than waiting and using a more formal process, like a bankruptcy filing or some other mechanism, to get out of some of these leases,” Anderson said. “I think it’s worth acknowledging too that there’s a lot of uncertainty in the market, economically.”