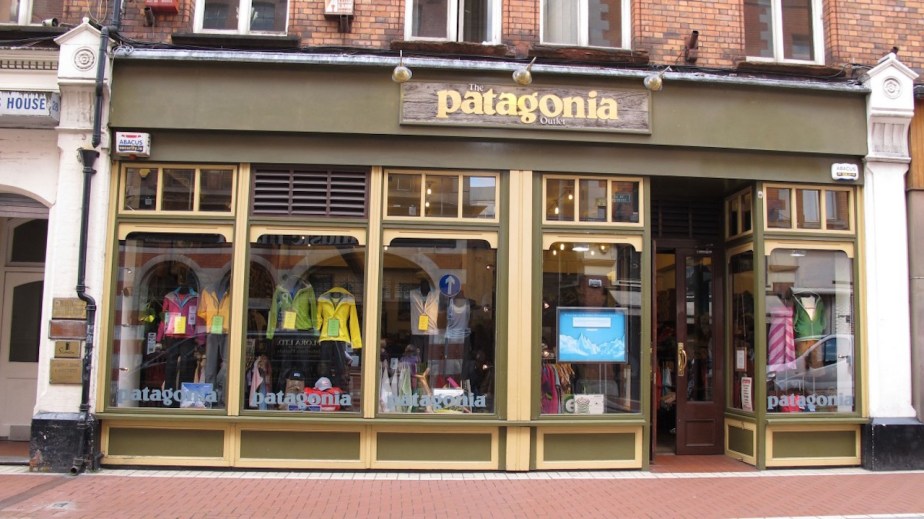 Weekend Briefing: Patagonia envisions a new way to do business

Last week, the biggest news in fashion was Patagonia’s unprecedented new structure. The company is now fully committed to fighting climate change with every cent it makes. Elsewhere, Kanye West formally initiated legal proceedings to terminate his contract with Gap, and Barneys New York’s name was licensed to a new Korean beauty and wellness line. Don’t forget to subscribe to the Glossy Podcast, with episodes every Wednesday and Friday, and the Glossy Beauty Podcast, with episodes every Thursday. –Danny Parisi, sr. fashion reporter

Patagonia tries to change the world
Patagonia made headlines last week with a novel business move. Founder and owner ​​Yvon Chouinard essentially gave away ownership of the company, putting 98% of its ownership in a collective non-profit trust that would ensure the organization acts solely in the interests of the social good. Patagonia will focus its efforts on combatting climate change both through political lobbying and by using profits to fund research and development of environmental practices.

For the moment, nothing will change, in terms of how the company is run. CEO Ryan Gellert will remain in charge and Patagonia will continue to be a profit-seeking business. The difference is that those profits will be reinvested into the company or allotted to combat climate change, rather than given to shareholders or used for executive bonuses, as is common for other large companies.

The Chouinard family planned for two years how best to use the company’s profits — $100 million projected this year — to help the planet. Chouinard, in an open letter on Patagonia’s website, said that the biggest concern was ensuring that future owners of the business couldn’t abandon his environmental goals.

“Even public companies with good intentions are under too much pressure to create short-term gain at the expense of long-term vitality and responsibility,” Chouinard wrote.

Many in the climate activist space have argued that the profit-seeking motives of capitalism — in which maximizing immediate returns and growth at the expense of long-term sustainability — are incompatible with the actions needed to prevent further climate change. Chouinard’s strategy seeks to avoid that problem by making Patagonia legally required to work toward its stated goal.

Patagonia has always been known as an outlier in the corporate world for its sometimes anti-consumerist approach to operations. Hopefully, more companies will follow suit in the future.

Ye and Gap break up
The ongoing feud between Kanye West and his brand partners came to a head last week, when West, who goes by Ye, announced his formal intention to sever his relationship with Gap.

The effort was first reported by the Associated Press, which spoke to Ye’s lawyer Nicolas Gravante. According to Gravante, Ye’s argument is that Gap promised in the contract that it would open Yeezy-specific stores. Gap hasn’t done so, therefore the contract is void.

Late on Thursday, Gap told employees in an internal memo that it would agree to end the partnership, cutting short what was meant to be a 10-year deal.

”[W]hile we share a vision of bringing high-quality, trend-forward, utilitarian design to all people through unique omni experiences with Yeezy Gap, how we work together to deliver this vision is not aligned,” Mark Breitbard, CEO of Gap brand, told employees in the memo. “And we are deciding to wind down the partnership.”

Gap had hoped that the line would bring in $1 billion per year by 2025. We’ll have more analysis this week at Glossy about how the breakup will impact both Ye and Gap.

Now, the name is being licensed once again, this time to the Korean company Gloent Group. Gloent is launching a line of beauty and wellness products under the Barneys New York Beauty label. Barneys New York Beauty will launch with a cleanser, a serum and two creams, priced $48-$168. More products, like hand care, lip balm and body wash, are expected to launch later this year.

It’s the first major test of whether the Barneys New York name can sell products outside of its department store. If it’s successful, ABG may be tempted to see what other kinds of products the Barneys name can be slapped on to leverage its pedigree.