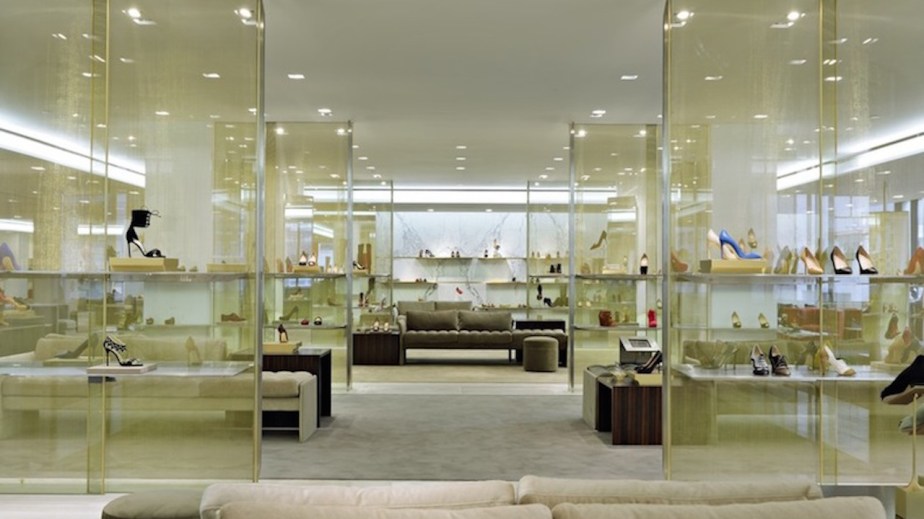 On the brink of bankruptcy, Barneys forges ahead with plans for first New Jersey store

In March, Barneys New York announced it will be opening a new store at American Dream, the massive retail complex currently under construction in New Jersey that is set to open in October. It will be the first Barneys store in New Jersey. But given recent news about Barneys, that the company is exploring filing for bankruptcy due to financial struggles, the status — and wisdom — of opening an ambitious new store at this moment is in question.

To make matters more complicated, earlier this week it was reported that an undisclosed number of Barneys employees’ direct deposit paychecks did not come through, leading many to worry that the company was going under, effective immediately, though Barneys said this was a technical error and issued paper checks instead. The company has been struggling with high rents, which were reportedly up to $46 million annually for its Madison Avenue store. The company sees an estimated $900 million in annual revenue, and some are predicting the company will announce bankruptcy as soon as this week.

But despite the situation, American Dream said there are no changes to their current plan with Barneys.

“American Dream has a fantastic relationship with Barneys, and I look forward to continuing to work with Daniella [Vitale, CEO of Barneys] and the team,” said Don Ghermezian, American Dream’s CEO. “Barneys New York at American Dream is moving ahead with construction and opening as planned — the store will be a model for the future. Together, we are creating an environment for guests to experience luxury, dining and entertainment in a completely unique way.”

For a company that is close to filing for bankruptcy, opening and running an ambitious new store — with its signature Fred’s Restaurant inside — in an ambitious new retail space, in an untested market for the company is risky, according to retail experts.

“Neiman Marcus is in the same situation at Hudson Yards,” said Scott Stuart, CEO of Turnaround Management Association. “They’re the marquee name in that mall, and they’re way over-expanded and struggling a lot. They might have to restructure soon, too; there’s been buzz about that for a while. Just like Barneys, they’re a marquee retail brand that has commoditized itself too much. They think, ‘[What we do] works on Fifth Avenue, so it can work anywhere,’ but that’s not always the case.”

Despite some recent revenue growth, Neiman Marcus is currently more than $4 billion in debt. Another Barneys competitor, Saks, is also moving into American Dream, but is in a much better financial spot than Barneys. While the rest of its parent company HBC struggles, Saks has been a bright spot for the company.

Part of the reason Barneys and other big retailers, like Lord & Taylor and Neiman Marcus, have struggled is due to skyrocketing rents in markets like New York City, coupled with stiff competition from online retailers, including Amazon. These two factors combined make continued brick-and-mortar expansion difficult. For a brand that has openly acknowledged skyrocketing rent prices and brick-and-mortar over-expansion as problems, a big new store seems like a daunting addition to its costs.

Barneys is not the only one put at risk by this play. American Dream, which has had a long, torturous development period lasting more than 10 years, does not need any more hiccups en route to its opening. While American Dream’s rent prices are not publicly available, the company did say that it has already rented more than 85% of the space. It would not bode well for the mall’s long-awaited opening if one of its marquee retail partners falls off early on.

Additionally, if Barneys does file for bankruptcy, it is not guaranteed it will be able to see itself through to the other side and come out more sustainable, particularly since most companies have only 240 days to sit in bankruptcy, according to Section 365 of the Bankruptcy Code.

“Barneys will not have the latitude of time to double-down on what they’re already doing, nor will they have the time to come up with something completely new,” Stuart said. “It’s too costly. Neither their vendors nor landlords will want to sustain an aggressive growth model right now. The bankruptcy laws just will not give them enough time. If you don’t go into these periods knowing what you’re going to look like coming out, you won’t win. Most of the retailers that have filed for bankruptcy in the last five years — KB Toys, for example — have liquidated. I don’t know what Barneys’ strategy will be, but doubling down on what they’re doing will be riskiest.”

With American Dream set to open in October, Barneys does not have much time to figure out what it needs to do to avoid financial insolvency. If it can’t properly restructure in time, the plan for American Dream — and the company as a whole — will be in jeopardy.