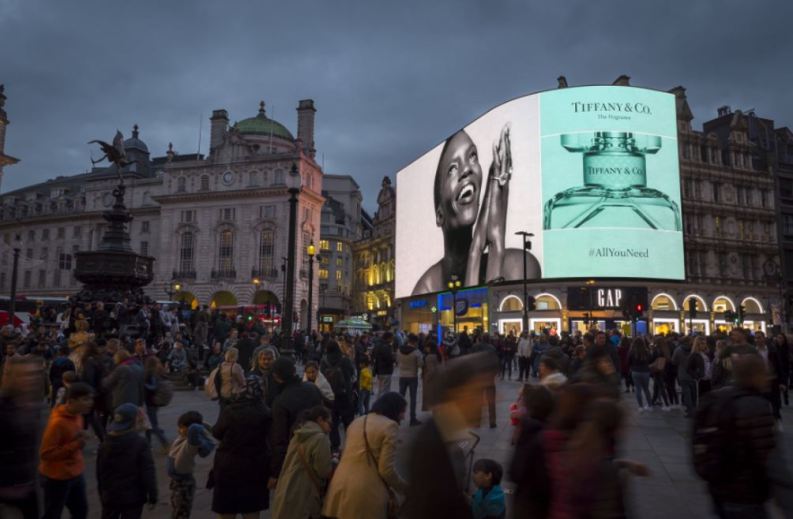 The Weekend Briefing is our newsletter featuring original reporting on the noteworthy news of the past week. To receive it in your inbox every Sunday, sign up here.

The Glossy Weekend Briefing gives you all the news you may have missed throughout the last week. In this weekend’s edition, we take a look at the growing demand for transparency among fashion brands in their quests to be more inclusive, as well as fashion’s love for Björk and her daughter, and the greenwashing probes into U.K. fashion brands. On the beauty side, Glossier broke from its DTC tradition and L’Oréal performed better than expected in China. Don’t forget to subscribe to the Glossy Podcast to hear interviews with industry insiders and the Glossy Week in Review. Plus, check out the Glossy Beauty Podcast for conversations with a beauty focus. –Danny Parisi, sr. fashion reporter

On Wednesday, Tiffany & Co. unveiled its social impact platform, Atrium, a hub where all of its efforts to create a more diverse company and support social causes will live.

Existing efforts, like Tiffany’s $2 million About Love Scholarship allocated to historically Black colleges, as well as new efforts, like an apprenticeship program that targets underrepresented groups in the jewelry industry, will live under the Atrium banner.

Tiffany’s current staff of bench jewelers is primarily white men. But the company set a goal of reaching 50% women in the role, plus it’s made promises around recruiting women from underrepresented communities.

The focus on transparency is reflected in Tiffany parent company LVMH’s Métiers d’Excellence Institute, which has similar goals of recruiting and cultivating talent from underrepresented communities.

Other big companies have made efforts to put their goals, metrics and methods for being more inclusive front and center. On Thursday, Bloomberg confirmed that Nike had agreed to release data on the hiring and promotion of women and minorities within the company by 2024.

The announcement came after a campaign from activist investors earned enough support from the rest of Nike’s shareholders late last year. Details on how exactly this information will be shared and by what date are still being decided. Nike had previously made the public commitment that, by 2025, half of its workforce and 45% of its leadership roles would be filled by women.

The question of promotion is particularly important in the push for a more diverse fashion industry. Often, companies go out of their way to recruit women and minorities, but those employees are then made to languish in the lower rungs of the company until they eventually leave. Public commitments, particularly those made to shareholders, are a more binding way for companies to hold themselves accountable.

It was a Björk and störmy night

Isadora Bjarkardóttir Barney, the daughter of the Icelandic musician Björk and American artist Matthew Barney, is the new face of Miu Miu, the brand announced on Wednesday,

Barney will star in a series of brand campaigns for Miu Miu’s jewelry collections.

Björk herself has recently had something of a comeback, with a new album coming out later this year and a short but memorable appearance in the Robert Eggers’ film “The Northman” in the spring. TikTok is full of Björk impressions, and her eccentric but memorable Moncler-designed outfit at a festival in Manchester, England last week made headlines. Plus, there was this instant classic viral tweet in early July poking fun at her mercurial, mystical vibe.

The U.K.’s Competition and Markets Authority opened a probe on Friday into the veracity of the sustainability claims made by Asos, Boohoo and George at ASDA. The CMA said fashion is one of the worst offenders when it comes to greenwashing, based on its research.

Greenwashing is a massive problem in fashion, particularly fast fashion, and the CMA has, to date, made multiple inquests into companies across the British fashion industry. Earlier this month, the Sustainable Apparel Coalition halted the use of its sustainability calculator product labels after a probe from the Norwegian Consumer Authority found them to be misleading.

After years of being famously DTC-only, Glossier broke from its traditional model last week. While many proclaimed that its partnership with Sephora was the brand’s first wholesale retail partnership, Glossy reported a few days earlier that Glossier had quietly begun selling in TJ Maxx, as well. It also sold in Nordstrom via a shop-in-shop for a brief period of time.

Glossier is the latest of many DTC brands, from Dollar Shave Club to Smile Direct Club, that have branched out into wholesale. The DTC market is more competitive than ever and wholesale provides a way to reach new customers when digital customer acquisition is difficult or cost-prohibitive.

Going against the common trend in luxury fashion and beauty, L’Oréal reported better-than-expected earnings in China, bringing close to $10 billion from the market in the second quarter ending in June.

This translates to around 13% growth in the region, better than the expected industry standard of 8%. The luxury sector as a whole declined around 6% in China in the same period, thanks to lockdowns and depressed spending in the region.

In an interview with Reuters, L’Oréal CEO Nicolas Hieronimus said the company has been thriving in China thanks to increased demand for products like lip glosses.

But L’Oréal brand Maybelline is still pulling out of China

Speaking of L’Oréal in China, despite the overall positive performance the company has seen, not all of its brands are diving headlong into the market.

It was reported on Wednesday that Maybelline would shutter all physical locations in China and switch to a purely online strategy, though Maybelline later clarified to WWD that it will keep a few stores open in the region.