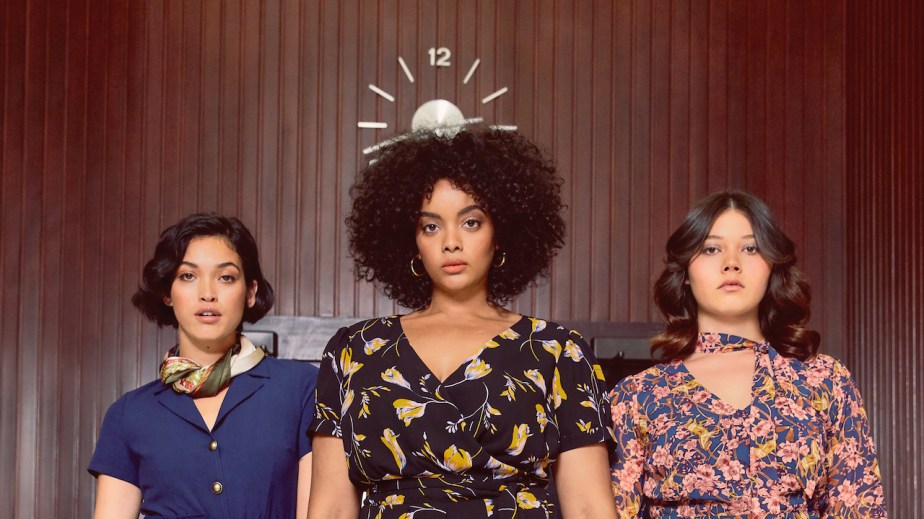 ‘We have nothing to lose’: Modcloth is gearing up for a Walmart-free future

Walmart is preparing to sell off Modcloth.

“I can confirm that Walmart has received outside interest from buyers for Modcloth,” said Silvia Mazzucchelli, Modcloth’s CEO since April, when asked on Friday about Walmart’s potential sale of the company, first reported by Recode in July. “We are in the process of exploring potential opportunities.”

Walmart acquired Modcloth in March of 2017, for between $50 million and $75 million, as part of Walmart president and CEO of e-commerce Marc Lore’s plan to modernize the company’s brand portfolio while selling brands not found on Amazon. Since, Lore has led acquisitions of other digitally native fashion brands including Bonobos in June 2017 and Eloquii in October. With Walmart’s e-commerce channel expected to lose $1 billion this year, selling off these brands is a way to cut losses. It’s been reported that all are unprofitable, a claim Modcloth declined to confirm or contest.

Mazzucchelli said there are benefits of being part of the Walmart portfolio, namely support in backend areas of the business, but Modcloth’s managed to operate “quite independently” since “the mothership” came into the picture. Modcloth is still based in Los Angeles — Walmart’s headquarters is Bentonville, Arkansas — plus it’s always had its own management team and its own direction in terms of design, marketing and merchandising.

“We’re three months in at a company that needed some serious love and energy, and we have fearlessly taken on some massive challenges — a lot of details played into that,” said Weber. “We knew we had to be bold and make some changes, because we have nothing to lose. In order to save [something], sometimes you have to be very brave, and that’s exactly what we’re doing.”

Mazzucchelli’s moved quickly to make big changes. Last month, Modcloth announced the launch of Mod Outlet, a standalone e-commerce site. Its aim is to prevent the “pollution” on Modcloth’s main site of discounted end-of-season merchandise, plus tap into the large segment of shoppers interested in outlet and off-price shopping, she said.

She’s also put a monkey wrench into already-slowed physical retail plans set before she joined the company. In June 2018, Nieves said ModCloth intended to open five stores last year, plus eight more in 2019. Currently, ModCloth has just four stores, in Los Angeles, New York City, Washington, D.C. and Austin. And the stores’ current model — all are set up as “Fit Shops,” allowing customers to try on a selection of merchandise samples and have purchases shipped to their home — is temporary.

“At the moment, we don’t have plans to expand and open new stores this year, because we are still tweaking and experimenting with the formula in the stores we currently have,” said Mazzucchelli. “We are learning we need to supplement [Fit Shops] with some in-the-moment gratification by selling some of our assortment in stores. Once we have the right formula, we will have a more comprehensive real estate strategy.”

Results of the latest step to right ship were introduced on Sunday, when Modcloth kicked off the “Show Them Who’s Boss” fall campaign, an intentional means of calling attention to the company’s all-female executive board. Its former CEO, Antonio Nieves, is male, and Walmart’s overall executive management team is male-dominant.

“[Women] are still very much the minority, when you look at the CEOs, CMOs and CFOs in the universe — and for no reason,” said Mazzucchelli. “We have the same competencies, intellect, energy, passion. I love to pick a fight; I’m happy to take that on.”

The campaign, featuring the 1970s workwear-inspired fall collection, is a departure for the brand. Mazzucchelli said it reflects her priorities, which include “dialing up the brand’s values” of diversity and inclusivity (Modcloth sells sizes 0 to 28), and its guiding principle of “vintage made relevant.” The models represent a range of sizes and races — it’s a theme that will play out in a soon-to-follow campaign “even more illustrative of the diversity” the brand wants to showcase, said Weber. What’s more, they’re styled in a more modern way. For example, in place of vintage-looking shoes, which gave past campaign looks a costume-y feel, said Weber, they’re wearing knee-high boots and platform pumps.

To test the audience’s reception, Weber posted a preview video of the campaign to Instagram on Wednesday. Already, the post has received more engagement than any Modcloth post to date, with nearly 12,000 likes. Bumped to second place was a post featuring a cat in a vintage television.

“We’re able to take the product and make it better,” said Weber. “I’m a woman, and I know how a woman likes to wear her clothes.”

Weber said she was “excited, but nervous” for the campaign’s release, which took place via images and videos rolled out through the brand’s website and social channels, plus paid digital ads and pre-roll videos. At the same time, a large bulk of product pages on the site were updated to mirror the campaign’s look and feel.

To pull it off, Modcloth brought the design work in-house, which saved money, resulted in more content and allowed for more agility than “shopping it out,” said Weber. Putting a team in place that would grow to know and love the brand was an early goal, she said.

Prior, Weber “re-platformed” the entire social media team to get the staff more strategically focused on product storytelling. They’ve since found new, better-fit influencers to work with and started creating a plan for establishing a presence on TikTok. Optimizing the opportunity on Pinterest is a current focus, Weber said — that includes optimizing keywords and offering up plenty of laydown shots, as Modcloth shoppers look to the platform for outfit inspiration.

“In order to make the brand a success, you have to get surgical and really good about the things that are not as sexy, like pinpointing customer segments and targeting them with what you know is going to drive conversion,” said Weber, pointing to Modcloth’s launch of the outlet and individual strategies for social channels as examples.

“We have what we need to be successful,” she said.