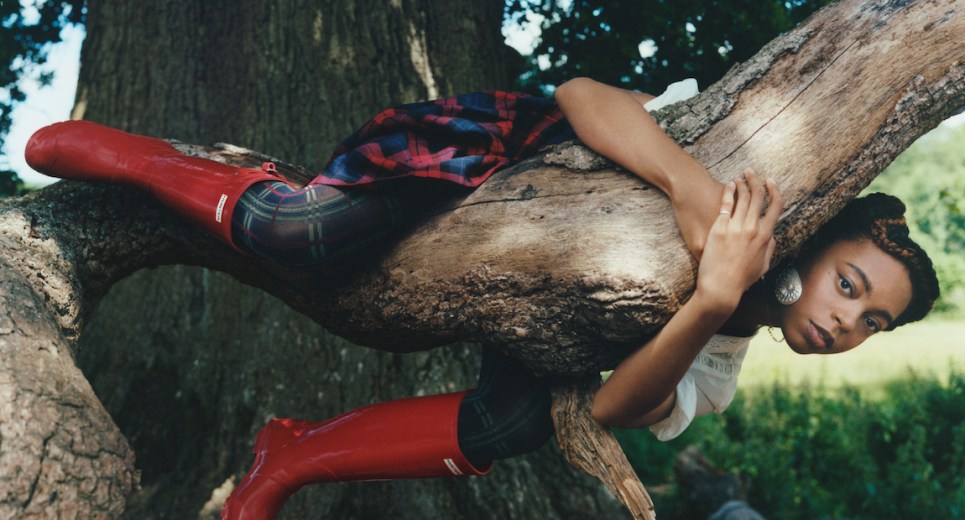 Under new CEO Paolo Porta, Hunter Boots seeks to diversify its products for a new generation

The 165-year-old British brand Hunter Boots is known for a few things: its British heritage, its rain boots and skewing toward a female customer in the older millennial age group.

While all those things will remain large parts of the brand, Hunter is rolling out a “brand reset” campaign this month aimed at bringing in younger consumers, expanding its sales in categories outside of rain boots, and reintroducing the brand to the world at large.

The reset was devised by new CEO Paolo Porta, who joined in June of 2020, and CMO Claudia Plant, who joined in November. Since Porta took over last year, after holding executive roles at Jimmy Choo and Christian Dior Couture, he’s been filling out the rest of the company’s leadership team with new blood. That’s included Plant, who co-founded Net-a-Porter, as well as Sandra Romboli as global design director, Dave Powell as chief supply chain officer and Lara Meiland-Shaw as evp of the Americas. All of these executives joined in the last six months.

The first campaign under the new philosophy is called “For the World Outside,” which launched on Sept. 13 across all of Hunter’s digital channels. The campaign stars seven people with a connection to nature, from the founder of a community farm to a nature photographer. Their work for the environment and the outdoors is highlighted in videos and photos.

Porta and Plant wanted to use the last 18 months of monumental change to reintroduce the brand and reaffirm its focus pillars. According to Plant, a core aspect of Hunter’s identity is its connection to the outdoors.

“The last year gave people more of a connection to nature, as they went for [more] walks and hikes,” Plant said. “And, like every brand on the planet, we’ve pivoted strongly to digital. So we’re trying to push this message over our social channels, which serve as the entryway to our brand.”

Part of the reset under Porta’s leadership includes a focus on e-commerce and direct sales. While Hunter has a large variety of wholesale partnerships around the world — with more deals being signed right now, according to Plant — the company has seen significant growth in direct and online sales. DTC makes up 40% of the brand’s revenue, and current e-commerce sales in the U.K. are up 94% from the last quarter of 2020. Hunter has only two flagship stores — one in Japan and another in the U.K. — so most of its direct sales come from online. Hunter Boots doesn’t disclose annual revenue, but its last reported figure was $155 million in 2019.

Plant said physical experiences, like pop-ups and events, will be key to driving direct sales in the future. Hunter will focus on doing in-person activations in high-traffic online markets to help drive continued direct sales there. For example, Hunter is hosting an event at New York streetwear retailer Extra Butter at the beginning of October. The U.S. is Hunter’s largest market, so more events are planned throughout the U.S. over the next year.

“We have a growing business in Japan, Korea and Taiwain, as well as big interest in China,” Plant said. Hunter has entered China mostly through partnerships with Tmall and JD.com. “We’re still looking for more ways to bolster the business in China, but growth there has been really impressive.”

Finally, while rain boots are Hunter’s signature product, Porta and his team want to expand into other categories. Using “outdoors” as a theme, the brand wants to stock more snow boots, sandals and sneakers in footwear, as well as its apparel including winter coats and sweaters.

A company can’t live on rainboots alone. Some regions get very little rain. And South Africa, while a healthy market for Hunter, doesn’t buy nearly as many rain boots as the U.K., for example. Ultimately, Hunter’s leadership believes that expanding into other categories is the best way to grow.

“I believe in Paolo’s vision of driving growth through product elevation and diversification [to become] an all-year, all-weather brand with a clear focus on sustainability,” said Lara Meiland-Shaw, evp of the Americas for Hunter. “There is incredible demand and love for Hunter within the Americas. We plan to build upon this momentum in the coming seasons with innovative product design and launches tailored to the American market.”