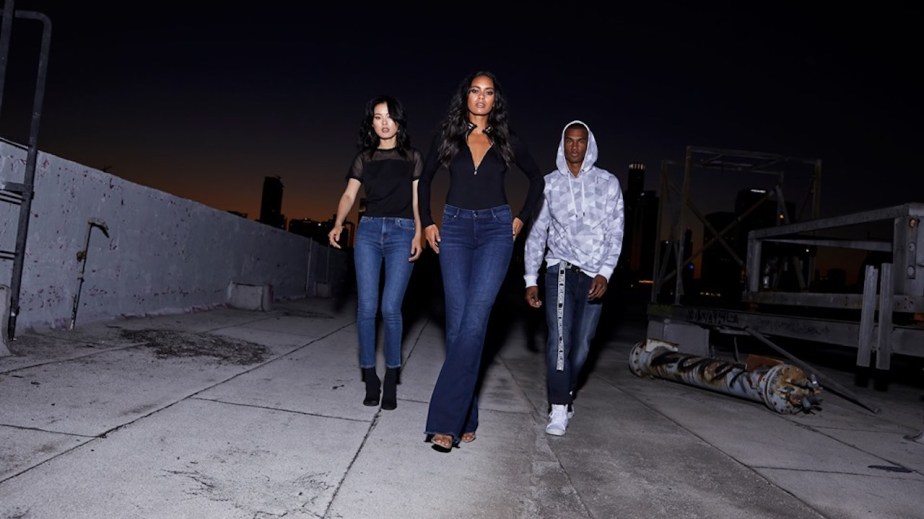 True Religion is, once again, pushing to get back onto the radar of denim shoppers after emerging from bankruptcy in late 2017. This time the brand is focused on inclusive marketing and a push behind its extended denim sizes, up to size 42 for women.

True Religion has spent the last year pushing to be more inclusive, after years of running ads filled with models and celebrities. The effort is being driven by its interim CEO, Farla Efros, the third CEO to take the helm since late 2018. Prior to taking over the CEO role, Efros was already working with True Religion for several months through retail consulting firm HRC Retail Advisory, helping the brand  make a turnaround in a crowded, competitive denim market.

In July 2017, the company filed for Chapter 11 bankruptcy protection, citing a slow move into e-commerce and a decline in customers buying $300 jeans (in favor of brands like Madewell and Reformation) as major factors in the brand’s decline. In October 2017, the company emerged from bankruptcy with $358 million less in debt, down to $113.5 million. When Efros came on board, her main goals were to improve the brand’s digital presence (both through marketing and e-commerce), and also to update the merchandise mix to focus on products today’s customers want. She spent weeks traveling to different markets across the U.S., sitting in mall food courts, walking through stores and interviewing shoppers to learn what they wanted from True Religion.

“The brand has so much heritage around real people. When I spent time in the stores and interviewing people, they all had this incredible relationship with this brand. Everyone remembers their first paycheck and spending $300 on a pair of jeans, and they were so proud to be wearing them. We want to focus on keeping the brand real,” said Efros.

That led to a greater focus on curvy and plus-size jeans beginning in the last year, with curvy jeans focused on preventing gaping in the waistband and a snug overall fit. The sizes the brand carries spans 23 to 42 for women. Men’s sizes range from 23 to 42. While the brand had been making curvy and plus-size jeans for the last few years, it rolled out more styles and fits, including the curvy skinny jean and the curvy skinny lace-up jean. Today, curvy styles make up 40% of the brand’s total denim sales. The brand declined to share more specifics around sales and growth.

Curvy jeans, and denim in general, will be a continued focus for True Religion moving forward, Efros said.

“In recent years, we weren’t very clear in terms of where we were going after, from a product standpoint. Denim needs to be the core of who we are. We can stretch to other areas, but we really need to stay focused on that denim piece. That’s where we’ve had the credibility with the customer. We didn’t have credibility to go into athleisure. We aren’t Lululemon. You have to earn that credibility over time,” said Efros.

True Religion has pushed heavily into the activewear category, and it still selling apparel in that category. However, Efros said the company will continue scaling that back. The same goes for its recent push into streetwear. Earlier this year, the brand hired Allen Onyia, founder of streetwear site UpscaleHype, as True Religion’s artistic director to focus more on streetwear and move away a bit from denim. Now the brand is pivoting again to refocus more on denim.

With its focus on curvy denim, which True Religion features prominently on its denim page for women on its e-commerce site, the brand is also moving away from its traditional focus on celebrity and supermodel spokespeople. For example, Bella Hadid partnered with the brand on a collection and marketing campaign in August 2018. Moving forward, the mission is to feature a more diverse range of models, Efros said, with 70% of the brand’s marketing budget going toward digital and 30% to traditional media including print, billboards and direct mail.

For the company’s latest ad campaign, it featured a group of its own employees across multiple departments, including graphics, legal and marketing. The brand is also relying on user-generated content, reposting pictures on Instagram of customers wearing True Religion products who used the #MYRLGN hashtag, which has been used 5,000 times. On the e-commerce product pages, real women of all sizes are seen modeling the curvy jeans to help shoppers see what the jeans will look like in their particular size.

While the push toward more inclusivity is a smart one, it’s unclear whether the effort will pay off for the previously struggling brand.

“The denim market has changed since the early 2000s. [True Religion’s] old consumers aren’t as relevant [to the brand], and all these new users have no idea who the brand is or perhaps what it stands for, because they’ve seen a fragmented, scattered effort over the last eight years. It’s really hard for a brand to make a new first impression,” said Allen Adamson, co-founder of brand consulting firm Metaforce and NYU Stern adjunct professor.