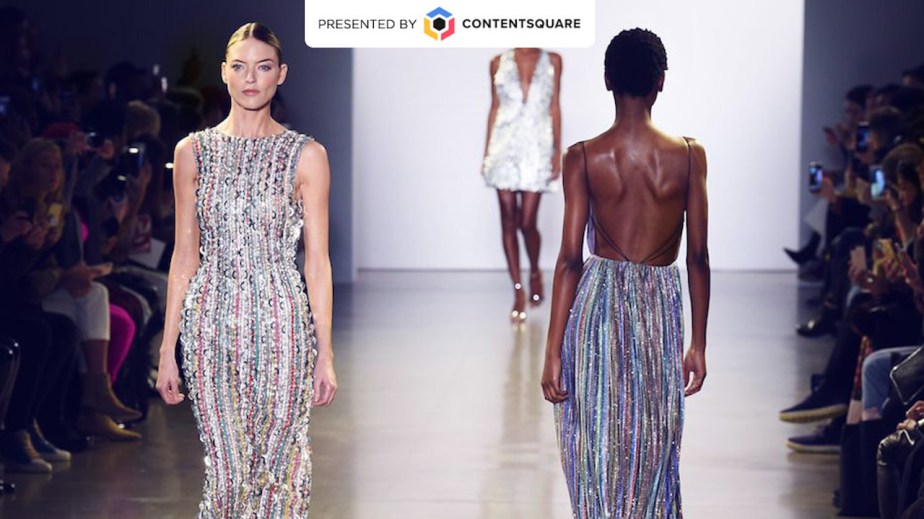 ‘There’s a lot of confusion’: The changing job of the NYFW fashion photographer

For years, Bryant Park and its famous white tents were home to New York Fashion Week. Then in 2010, the bulk of the week was moved to Lincoln Center. But for the last four years or so, NYFW has become decentralized, and few have felt the effects of this change like runway photographers whose job includes schlepping their equipment from show to show throughout the week.

“The biggest change is that a lot of these shows are happening off-site,” said Andrew Walker, a photographer who has been shooting NYFW for 10 years. “Shows are taking place in places that are not great for a fashion show from a photography perspective, whether it’s [due to the] lighting or the amount of space for the photographer. There’s a lot of confusion. It makes everyone’s jobs more difficult, not just mine.”

Walker cites the Christian Siriano show held on Saturday at the top of Rockefeller Plaza as one that was particularly difficult both to get to and to set up for.

Fashion shows have become more daring and experimental in their venues and experimentation. The Kate Spade show on Friday featured sections of the audience placed in the middle of the runway and separated by large transparent shutters. While this set-up was visually striking for the audience, photographers had a more difficult time getting an appropriate shot of each look given the unique structure of the venue.

“A lot of times, the setups don’t translate well,” said Stephen Lovekin, another photographer who shot his first NYFW show in 1999 and has missed only a handful of seasons since. “The people who design it are thinking of the stage show and not the photography. On a grand scale, it looks good for the audience, but for photos, it’s not that good. You can’t get a good angle or the lighting might not be great.”

But beyond the logistical difficulties of how a venue is set up, photographers now also have to deal with the fact that a decentralized show means multiple points of contact with different PR agencies or handlers granting them access to runway-side spaces.

“Previously, when we were at Bryant Park, it was the same PR firm that ran everything,” said Lovekin. “It was a well-oiled machine. They told you where to stand, where to wait. My spot in the pit was always pre-taped, so I knew where to stand. You didn’t have that same frenetic energy you do now.”

That frenetic energy is not always conducive to a photographer’s job. Before each shoot, time must be taken to ensure that lighting is correct, lenses are prepared and the photographer is positioned in the right spot in the pit — a process that has a hierarchical nature, as it’s an unwritten rule that photographers from legacy publications like Vogue take the coveted middle spots, while bloggers and smaller publications take the outside.

Both Walker and Lovekin are photographers for Shutterstock who are usually contracted by fashion publications like Women’s Wear Daily and Vogue to shoot the shows. Both men said that fashion week has been a key event professionally for their careers and neither has missed more than a season or two since they first started, though they also do red carpets and events like the Met Gala.

The other major difference in recent fashion week shows as compared to previous years is the growing presence of the influencer. For NYFW photographers, the important people to photograph were usually easy to pick out: actors, designers, athletes. But now, with the proliferation of Instagram influencers, there is a whole new category of people that photographers shooting the crowd need to keep track of.

“I definitely feel like influencers have been a huge change in the fashion week audience,” Lovekin said. “I’m usually looking for the identifiable celebrities and the obvious people in the crowd, but now there’s a whole new crop of people to know. It’s really hard to keep up with influencers. There’s so many of them.”

Likewise, Walker said the popularity of influencers as an important force in fashion has exploded recently.

“The influencer now is huge,” he said. “I’ve been shooting since well before the advent of the influencer. All the photographers used to snort about the bloggers or influencers or whatever. But then suddenly we were in a place where an influencer has a million followers and the power that they wield is incredible. Think about what distribution an average magazine has and then how many viewers an influencer has.”

Both photographers said that the preponderance of amateur photos taken by attendees for posting on Instagram have not cut into their business at all. The fashion houses obviously want their shows to be plastered all over Instagram, but the high-quality professional pit photographer is still safely in high demand.

Overall, NYFW has become less centralized, less focused and less conventional. According to the photographers who shoot it, the show feels very different than it did just a few years ago.

“Now it seems smaller,” said Lovekin. “The amount of photographers used to be enormous. But I don’t think they need it that big anymore. With social media, you can share things immediately. You don’t need as many bodies in the seats. It’s definitely a very different vibe now.”