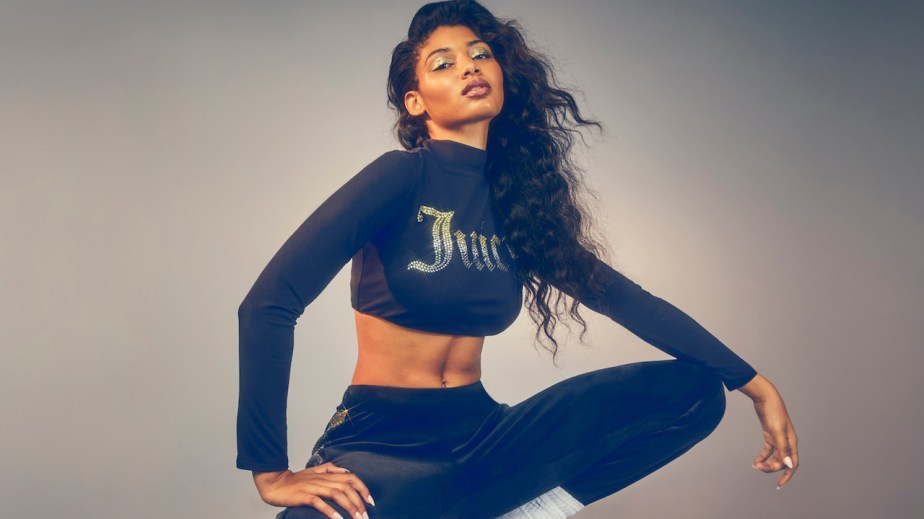 ‘The world of Juicy’: Inside the brand’s website relaunch aimed at selling a lifestyle

The OG velour tracksuit is back.

Amid the athleisure market booming and its lookalike brands seeing success, Juicy Couture relaunched its e-commerce site on November 24. So far, its features include new styles and an improved user experience. By the first quarter of next year, it will also host a marketplace featuring pieces meant to complete the Juicy look.

The site updates hint at the future of e-commerce. Many of them will also be made to the websites of brands in Juicy parent Authentic Brands Group’s portfolio — there are more than 50. What’s more, the site’s overall redesign was driven by the idea of fueling a community.

“We have a core, legacy customer who is a millennial. She’ll always come to us, whether it’s for her fragrance or for a very specific tracksuit with bling,” said Alexandra Taylor, svp of marketing at Authentic Brands Group. “And now we have an [in] with the younger TikTok generation who’s starting to connect with the brand through trends; the aughts are coming back.”

The brand shut down its site two weeks before the relaunch to implement new technology and introduce its new style direction with ample impact. An email capture on the site promising a notification at the time of relaunch collected 55,000 contacts, with shoppers largely discovering it through the brand’s organic social posts. The site had 150,000 active users as of December 2, said Taylor.

“The demand’s been there since the beginning of the year,” she said.

In the pandemic, consumers are finding comfort in athleisure, as well as nostalgic styles. In mid-October, Kim Kardashian’s Skims brand released a velour collection centered on tracksuits. Select sizes are now sold out in all but two styles. Images promoting the collection featured Paris Hiton, who drove the popularity of Juicy Couture in the 2000s. Fast-fashion brands including Shein, Fashion Nova and Pretty Little Thing are also selling takes on the style, which regularly appears in viral TikTok videos.

“In the last 10 years, we’ve seen the rise of the updated athleisure set,” said Taylor. “It tends to be a [seasonal] trend for brands, while we’re offering the assortment year-round.” According to Taylor, Juicy Couture sees a lift in engagement, press impressions and general interest when a competitor or competitive product hits the market, “because everyone associates the traditional velour tracksuit with Juicy.”

Out of the gate, 17 styles were offered on the new site, including tracksuit pieces with high waistlines and cropped jackets. Taylor said launching with a limited selection was necessary to ensure the site was live pre-holiday and at a time aligned with the brand’s 25th anniversary. A second drop of 51 styles was released on December 11.

The website’s development was also hurried, pulled off in a matter of weeks to hit the target launch date. Partners included headless commerce platform Fabric, which took a mobile-first approach and prioritized simplicity, speed and seamlessness, especially for those being redirected from Instagram, said Faisal Masud, CEO of Fabric. For Juicy’s in-house team, Fabric enabled easy access to site performance analytics and “fool-proof” updating capabilities for all pages. RevCascade powered the dropship-enabled marketplace.

“The design is meant to ‘get out of the way,’ so customers can focus on the product selection,” said Masud.

Ramping up direct sales and control is a goal. In February, Juicy Couture entered a licensing agreement with U.S.-based NYC Alliance, replacing its partnership with Hong Kong-based Global Brands Group, which “over-assorted” the brand’s selection, said Taylor. Vertically integrated NYC Alliance now manages the brand’s design, production and distribution to sales channels, which currently include Nordstrom and Macy’s. In addition, a small capsule collection is being sold at L.A.-based Fred Segal, which was the brand’s launch partner in 1995. That partnership will grow in 2021, said Taylor, and the brand is set to enter additional sales channels early next year.

“We’re really trying to rein in our distribution in the U.S.,” said Taylor. “We want to own it and focus on how we can reach our customers in a way that feels authentic to the brand.”

As such, retail partners will be restricted to those that will “embrace the brand,” she said. And the product selection will be made up of key, heritage pieces and select “newness” that’s set to sell through. “We’re not going to be left with extra inventory,” she said.

Paid marketing around the relaunch has focused on Instagram and TikTok, for reaching “the younger generation,” and Facebook, for the “legacy customer,” said Taylor. Juicy Couture has also tapped paid and gifted influencers from ABG’s proprietary network of 3,000 creators to drive awareness, as well as traffic and conversion. The brand will invest in retargeting campaigns as the site is fine-tuned and stocked with more product.

Collaborations are set to remain a key strategy for reaching new audiences. Among ABG’s brands, Juicy Couture is the most-requested collaboration partner after Judith Leiber, said Taylor. In early September, it launched a collab with Italian sportswear brand Kappa, with Sofia Richie as its campaign model. In late October, it followed that up with vegan apparel brand Apparis on a collab that included a faux-fur tracksuit. And on December 7, it launched an underwear line with sustainable intimates brand Parade.

The site will soon feature a marketplace selling its collaborations, as well as its licensed products — like its fragrances, managed by Revlon, which are currently sold on juicycouturebeauty.com. It will also house products by “like-minded brands across categories” that the brand has not yet entered. Those brands will include some ABG brands, among others, said Taylor. Juicy Couture plans to launch new categories in the U.S. in 2021. Juicy Couture Luggage is set to launch in the coming weeks.

“[The site] is an opportunity for us to bring the whole world of Juicy — that full lifestyle — to our customer,” said Taylor.

She said that Juicy Couture’s licensed partners, which manage its international markets including China and Europe, have expanded the brand locally to include widespread categories, from footwear to denim. All reflect the brand’s signature “style, glamour and L.A. heritage,” she said, hinting at plans to follow suit.

ABG will be rolling out marketplace capabilities across many of its brands over the next year, Taylor said. In addition, ABG has a portfolio-wide loyalty program in the works, as reported by Glossy in November.

Juicy Couture was acquired by Authentic Brands Group in 2013 for $195 million, after founders Gela Nash-Taylor and Pamela Skaist-Levy sold the company in 2003 to Liz Claiborne Inc. At its peak, in the mid-aughts, it was the unofficial outfitter of Hilton and Nicole Richie’s “The Simple Life,” had more than 100 brand stores and pulled in $605 million in annual sales. In step with closing its stores, the brand started selling at Kohl’s in 2014. But it was given new life in 2016 after teaming with Vetements on a collaboration that was shown on the runway.

Taylor, who joined ABG with Juicy Couture’s acquisition, said the idea for the tracksuit, launched in 2001, was centered on embracing comfort, glamorously. “It was tongue-in-cheek, at the time,” she said. “But it makes a lot of sense now.”