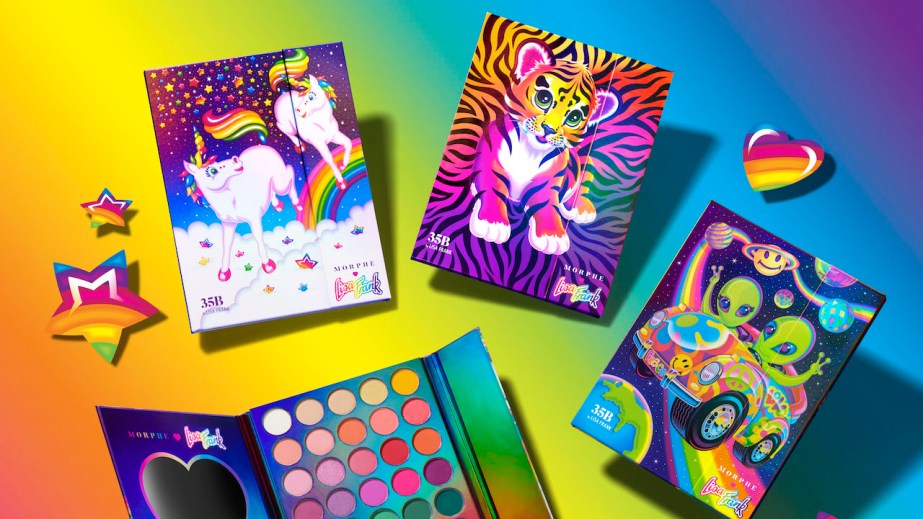 Y2K nostalgia has arrived in the beauty aisle

Responsible for bringing back saddle bags, mini skirts and lip gloss, the Y2K trend is now a growing focus for beauty companies.

Beauty brands and retailers are embracing throwbacks to the late ’90s and early 2000s this year, as nostalgia for the time period spreads across Instagram and TikTok. While older brands are reviving classic products from the era, newer startups are finding collaboration partners to evoke the feeling of the time period. The appeal stretches across generations, sparking childhood memories for millennials while capturing Gen Z’s favorite vintage style. Although it is a trend that existed before the pandemic, nostalgia has been selling especially well in 2020.

Ulta Beauty bet on this trend for the holiday gifting season with its selection of “throwback” gift sets offering some of the most beloved products of the late ’90s and early 2000s. These include a sparkly Caboodles case full of makeup, a small backpack with Lancôme’s recently revived Juicy Tubes lip gloss and a Lip Smacker gift set in a package that looks like a boom box.

“If you’re talking to millennials right now, they’re gravitating toward things that are comfortable for them; things that they witnessed in the early 2000s or 20 years ago,” said Nick Stenson, Ulta Beauty’s svp of salon services and trends. Meanwhile, for Gen Z, “it’s really more about culture, and really in an earlier generation, so [they’re] thinking of their siblings or their parents.”

“Y2K” is an amorphous term, but generally refers to the style of the late ’90s and early 2000’s. YouTube channels, “Y2K fits” Instagram accounts like @2000sjournals and Depop shops function as mood boards to celebrate the style. Signature looks often feature cropped T-shirts, pleated skirts, sweater vests, bucket hats, chunky shoes and butterfly clips. Throwbacks to this era have also been cropping up in music videos by artists including Normani and Ariana Grande.

Lancôme’s relaunch of Juicy Tubes on April 15 was an especially big hit for the brand, thanks to its nostalgia-focused campaign. Originally launched in 2000, the flavored lip glosses were a favorite of early aughts celebrities like Lauren Conrad. They made their epic comeback with a range of 20 classic and additional shades. The brand sent the collection to influencers in a CD case-style package to reference the time period. Additional marketing materials featured the iconic hot pink Motorola Razr phone.

The relaunch “did incredibly well on dot-com,” said Lancôme svp of marketing Verane de Marffy, who noted that the Juicy Tubes are now among the brand’s top-10 products sold on its site. She said that the pandemic has heightened a trend of nostalgia that the brand had already picked up on when planning the relaunch. “Before the pandemic when we were looking at the trends, there was definitely nostalgia. And then you move into the pandemic, and you see people grabbing on to sure things,” said de Marffy.

“During times of recession and economic uncertainty, consumers are less willing to spend money and can be inspired by products that trigger nostalgia,” said Hollie Jones, the U.S. director of market research firm Crowd DNA. “They already have a social and emotional connection to the brand or product, and they understand how it can meet their needs.”

Beauty brands have adopted elements of the Y2K Instagram and TikTok accounts. KNC Beauty reposts content from throwback Instagram accounts such as @90s.retrowave, while Wldkat and Topicals both share screengrabs of ’90s and 2000s pop culture. Both of them have posted “Mean Girls” screenshots. Topicals also features “Lizzy McGuire,” Destiny’s Child and “Legally Blonde,” as well as classic examples of fashion from the time period.

For brands that weren’t in existence yet in the Y2K era, partnering with icons from the time period has been key. Last week, Morphe unveiled its new Lisa Frank collaboration, tapping into the fond childhood memories of collecting notebooks, stickers and other paraphernalia full of rainbows, unicorns and cats. The collaboration’s eyeshadow palette is reminiscent of a classic Lisa Frank trapper keeper, while a makeup brush set has the feel of an old-school pencil case.

“If you think about Lisa and school supplies, and that whole ritual about buying school supplies when you’re a kid — we didn’t have back-to-school this year, in a normal fashion,” said Eden Palmer, Morphe’s vp of merchandising. “It does harken back to simpler times when people knew what to expect, and I think that’s a big piece of the appeal.”

“The appeal is definitely pining for that lost utopia,” said artist Froyo Tam, who has been conducting research and cataloging the aesthetic through the Y2K Research Institute, which has over 45,000 Twitter followers and posts images of technology, fashion and music from the late ‘90s and very beginning of the 2000s.

Y2K nostalgia is prevalent across TikTok, where the “aesthetic” trend entails users posting slideshows of throwback items. Jade Buchanan has amassed nearly 200,000 TikTok followers by posting videos where she flips through old teen magazines and catalogs. Her witty commentary both gently pokes fun at and celebrates ’90s and 2000s trends. In a recent review of a year 2000 Alloy catalog that she calls “the epitome of Y2K fashion,” she reminisced about butterfly clips, stackable glitter eyeshadows and Care Bears T-shirts, saying of the latter, “Even as teenagers, millennials had an unhealthy obsession with their own childhoods — it’s why I’m even here doing this.”

Buchanan began posting about the old magazines in the spring after the pandemic hit, and has become the “Magazine Queen” of TikTok; she counts early aughts icon Paris Hilton as a follower. Fans frequently mail her magazines to review, and she’s done a brand campaign with Pandora jewelry.

“When we’re looking at this particular time in 2020, there’s been so much turmoil that we’ve had to go through, so we turn to these nostalgic things,” said Buchanan. “These magazines, or if we’re looking at old videos, or whatever the case may be — it literally brings you back to that one period in time where there was that sense of happiness and wonder. It’s like a little boost of serotonin.”

The jury is still out on what exactly encompasses “Y2K” style. Tam, for example, defines Y2K as a having a cutoff in 2001, specifically after 9/11. She separates the Hilton-esque, logo-, crystal- and pink-filled style of the early aughts as a term she coins “McBling,” which she defines as a time of “hedonism” distinctly different from the aesthetic of the period preceding it. “After 9/11, you’d see a lot of rhinestones coming into fashion,” she said, marking this later time period as “2001 up until the recession hit.”

“When I look at a lot of these Y2K accounts on Instagram, I do feel like some of it is a little bit more reimagined and changed, which is fantastic,” said Buchanan. “I’m here for it; I support it.”