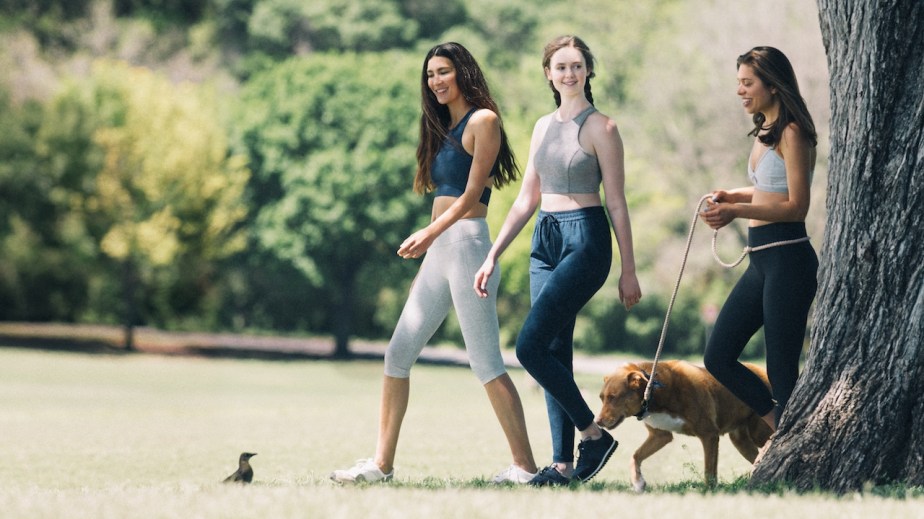 In the last year, a number of growing DTC activewear brands have been snapped up by larger companies. For example, Sperry owner Wolverine Worldwide purchased Sweaty Betty in August 2021 for $410 million. Levi’s acquired Beyond Yoga in the same month for almost the same price.

And despite the pressures of inflation and the fact that shoppers are in a post-pandemic, hedonistic state of mind, activewear continues to sell well. Outdoor Voices is profitable, and grew its revenue from $40 million pre-pandemic to $90 million in 2022. Last year, Vuori received a $400 million funding round, valuing it at more than $4 billion. Meanwhile, Lululemon grew its revenue by 66% from the first half of 2021 to the first half of 2022. While many investors and larger companies are currently skittish about making big purchases, a profitable and safe category is always going to attract the interest of potential buyers. Ahead, a primer of the activewear brands that have M&A potential in the coming year.

Nine-year-old brand Outdoor Voices is the most likely activewear contender to be acquired soon. Rumors are already swirling. Bloomberg reported in mid-August that the company was considering putting itself up for sale, though it may seek outside investment instead.

According to Business of Fashion, Outdoor Voices hovers right at the line of profitability, and it’s plausible that a new owner could get it solidly over that line, for good. With $90 million in revenue, It’s not as large as some competitors, like the $200 million Alo Yoga. But its newfound profitability is a factor in piquing buyers’ interest.

Last year, Vuori raised $400 million in a single round from Japanese investment company SoftBank. It was the single largest funding round for a private apparel brand, according to Vuori founder Joe Kudla.

That put the brand’s valuation at $4 billion. But Vuori hasn’t relied on venture capital funding alone to grow. Kudla said the company became profitable within two years of its founding in 2014 and has remained so ever since, growing its revenue by a rate of around 250% per year. Since raising the money, Vuori has been forging ahead on its plan to open 100 new stores over five years, with 10 more opening this year and 20 in 2 023. Revenue also continues to grow, rising “high double-digit percentages” this year, according to CEO Joe Kudla.

The high revenue, investor interest and solid profitability make Vuori an extremely enticing candidate to buy, and it won’t likely sell for a small price given its success.

The British brand Gymshark, founded by owner Ben Francis in 2012, has flown under the radar compared to some other activewear brands. But the company has been profitable since 2019, with revenues surpassing $270 million annually, half of which come from the U.S. In 2020, it was valued at $1 billion.

The company has made masterful use of influencer marketing with partners in the fitness world like Steve Cook, Nikki Blackketter, Whitney Simmons and Natacha Oceane. Its also grown its own social media audiences. The brand runs multiple Instagram accounts, including @gymshark, @gymsharkwomen and @gymsharktrain, each of which has 1 million-6 million followers.

Bandier has the dual benefit of having both a strong e-commerce business, which makes up more than half of its revenue, and a brick-and-mortar fitness studio that also sells its products.

In 2019, the brand secured a $25 million funding round from private equity firm Eurazeo Brands, bringing its total funding to $34 million. Bandier’s physical footprint could be an asset to any potential buyer, especially given the overall slight, recent decline in e-commerce revenue. Bandier, which has five brick-and-mortar stores and one studio location, does not disclose its revenue.

“Any DTC brand that hopes to succeed in the coming decade needs to figure out how to take advantage of the most cost-effective customer acquisition channel they have: the old-fashioned brick-and-mortar store,” said Andrew Duffy, CEO of retail software company SparkPlug.

Who are the most likely buyers in these scenarios?

Gymshark already has a potential buyer in place. In 2020, American growth equity company General Atlantic invested in Gymshark and took a 21% stake in the company. With revenue and profits only growing since then, General Atlantic could go further and acquire Gymshark fully or sell it to a conglomerate.

The most likely buyers in the activewear space include large apparel brands looking to enter a new category or conglomerates that are lacking an activewear brand in their portfolios.

J.Crew Group, for example, is the latter. The group owns J. Crew and Madewell, two brands with similar products and customers. But it lacks a dedicated activewear brand in its portfolio, unlike its rival Gap Inc., which owns Athleta.

Abercrombie & Fitch, which also owns Hollister and the intimates brand Gilly Hicks, is another multi-brand company with no dedicated activewear brand in its stable. Last year, CEO Fran Horowitz said the company was in the market to acquire another brand soon, particularly in an area its other brands don’t already cover, but that hasn’t happened yet. While it’s struggled somewhat in recent years, its nearly $4 billion in revenue means it could scoop up one of the smaller brands in the next year.