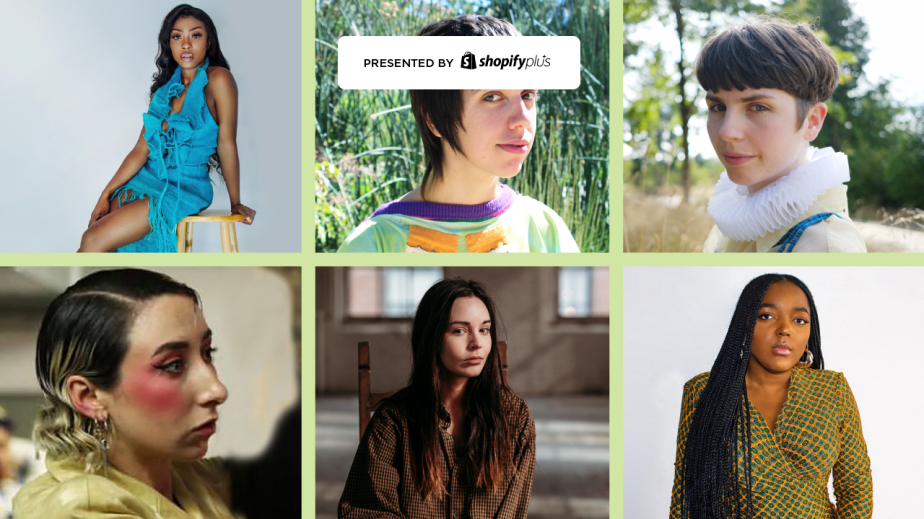 Teen Vogue has it sights set on the future of fashion, not only through its coverage but also through a new initiative called Generation Next. It’s designed to identify the next leaders in the fashion industry and support them as they hopefully grow into major brands.

Teen Vogue’s editor-in-chief worked with several of the publication’s style editors to search for six young designers, behind five brands, to be part of the initiative. The editors pored over social media in search of designers dedicated to inclusivity and diversity. The first batch (Teen Vogue intends to keep this program going for the foreseeable future) of brands in the Generation Next program include Dyke Sport, Elena Velez, Femail, Slashed By Tia and Hanifa. All five will be celebrated at an event on Monday held during NYFW, in partnership with Snapchat. Influencer Emma Chamberlain, who has her own Creator Show on Snapchat, will host, and Zuri Marley will DJ.

As part of the partnership, Teen Vogue will create Generation Next-related content that will run on Snapchat Discover, while Snapchat will cover the invite-only event with curated snaps posted to Snapchat’s Discover page and an Our Story page. There will also be a custom Generation Next filter for attendees to use. Financial terms of the partnership were not disclosed.

“New York Fashion Week is really where fashion begins. We’ve seen such a resurgence of life and in designers participating — brands and designers that are tapped into culture and specifically our younger audience — so it’s important for Teen Vogue to not only cover but to be involved ourselves with programs like Generation Next,” said Lindsay Peoples Wagner, editor-in-chief of Teen Vogue.

As part of the initiative, the publication will promote the designers through print (with one eventually landing the February 2020 Young Hollywood cover) and online, posting profiles and photo portfolios for each designer. Teen Vogue is also heavily promoting the brands on its social media channels, especially through Snapchat where the brand currently publishes two Snapchat Discover editions a week. Those typically include online stories repurposed for Snapchat, polls and self-help-type stories, all around something like how to take care of a tattoo and broken into bullet points.

“A substantial part of our audience comes through Snapchat, so this event is a way to bring that to life while providing an opportunity to create original content during NYFW. Snapchat maintains a special relationship with Gen Z that Teen Vogue shares and provides a platform to reach our young audience in a way that authentically speaks to them,” said Wagner. Teen Vogue declined to share exactly how much of its traffic comes through Snapchat.

This marks Teen Vogue and Snapchat’s third time partnering together on an event. For NYFW last year, the two came together to produce a runway show focused on body positivity and inclusivity, and in February, Snapchat worked with Teen Vogue around its Young Hollywood event in Los Angeles.

“Teen Vogue and Snapchat are loved by very similar audiences. Snapchat reaches 90% of all 13- to 24-year-olds in the U.S. We always love working with Teen Vogue because our values are aligned: authenticity, creativity, being in the moment, and genuine friendship within fashion and beyond,” said Selby Drummond, head of fashion and beauty partnerships at Snap Inc.

Over the years, Snapchat has been a big platform for Teen Vogue, with parent company Condé Nast being a longtime proponent of Snapchat. In April of this year, the company had 28 shows, across publications, running on Snapchat with plans to add more in the near future. Teen Vogue has had a big presence on the platform to target the publication’s younger readership — roughly 2.3 million millennials, per the brand’s media kit.

While Snapchat saw repeated quarters of flat or negative growth, Snap’s first and second quarter earnings showed the platform could be heading for a potential turnaround. The company reported daily active users were up to 203 million in the second quarter, compared to 190 million in the first quarter. Regardless, the move to focus on Snapchat makes sense for Teen Vogue, said Phillip Huynh, vp, national paid social strategy lead at digital agency 360i.

“Snapchat is, indeed, still a strong platform for publishers. While other platforms are trying to mend fences with publishing partners or simply continuing previous programs, Snapchat seems to be working directly with publishers to innovate and drive new and interesting things on their platform. For Teen Vogue, this is further compounded by the fact that their audience is not only on the platform, but is extremely engaged with it and often sees it as a more ‘personal’ platform than Instagram,” said Huynh.