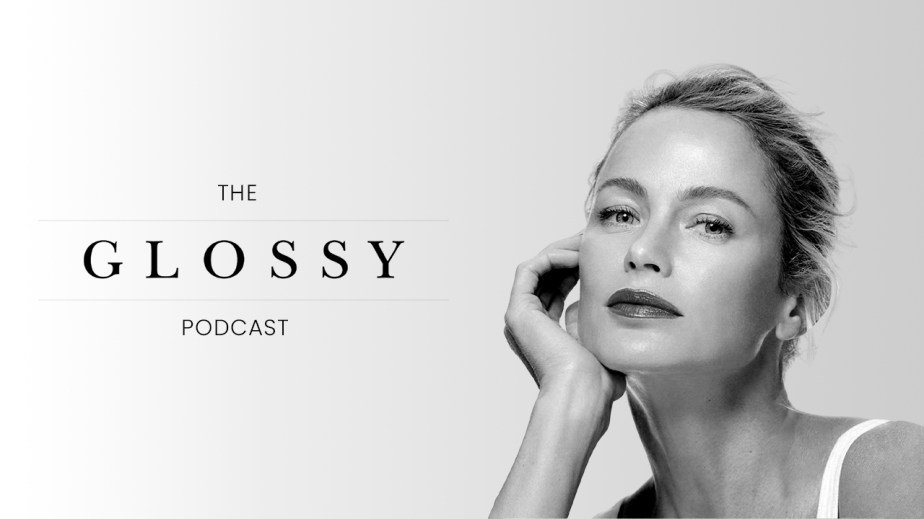 When Carolyn Murphy started modeling, she didn’t have a long-term plan. But thirty years later, her career is still going strong.

“I didn’t develop a business sense … until much, much later [in my career] — probably until after I gave birth to my daughter,” she said on the latest Glossy Podcast. “And it was like, ‘Oh! I’m a mom, and I’ve got to get it together.’

This year, Murphy is celebrating 20 years as the face of Estee Lauder, making her the longest-reigning spokesmodel in the industry. Among her latest jobs was walking in the Michael Kors 40th anniversary runway show, for fall 2021, which played out online last week.

“There’s a lot of dialogue around what’s going to happen to fashion week [after] Covid, and there are adaptations that have taken place — it’s been more about filming,” she said. “But I hope that actual fashion week does come back. Because, no matter what, connection is so important; we’re all stronger and happier together.”

Murphy’s career took off in the mid-’90s, when she landed a French Vogue cover, followed by a Prada campaign shot by David Sims. Soon after, she booked an American Vogue cover with models Shalom Harlow and Amber Valletta. “Then I started working with [photographer] Steven Meisel, and it just all took off,” she said.

She’s since found smart ways to build on her modeling career: She’s collaborated on products with Shinola and has a new collab with Mother Denim that’s set to roll out. Also coming soon is “an online journalistic magazine of sorts,” which she’s calling “Mama Murphy’s,” for the time being. Plus she’s working on two books, including a fiction novel.

“I never really want it to be about me,” she said. “I always want to pay it forward; I want to do things that have purpose and meaning.”

Why influencers aren’t models
“We didn’t have the layer of social media [when I started modeling]. We didn’t have cell phones. So you would go to Paris, and you were literally given a list of appointments and a little book called a Plan de Paris, which was like a map of the subway station. That was it. You were fending for yourself. You were on your own. Go. It was the same thing if you went to Japan or if you went to New York. That was it. You had a Filofax. There was no hand-holding there. It was tough; it was really not easy. We really had to pound the pavement to get anywhere as models. And I can’t speak for the models today. But, obviously, you have a lot of models who come from celebrity reality shows — and I have a lot of respect for those girls. They’re beautiful. [Plus] you have a lot of influencers who are out there today that have changed the face of the industry, in some regard. But, at the end of the day, a model is a model…And in 2021, that big break is still kind of the same: You’ve got those photographers that you want to work with, you’ve got those fashion houses that you want to work with and do the advertising for, you want to get that cosmetic contract — that all holds true…When it comes to the influencers, to be honest, I’m not a huge fan. I watched that documentary with my daughter a few weeks ago called “Fake Famous,” and it was so revealing and fascinating. The bold word there is “fake.” [It’s] fake fame. Traditionally, as a model, you’re still out there pounding the pavement, standing in front of people, putting yourself out there, getting rejected; a huge part of the industry is putting your time in. And I’m not saying that influencers don’t have a place or a value. They do. But as related to modeling, I don’t see them as models. And I’m not sure that all that hype around them is earned in a way that I can totally comprehend.”

Fashion’s evolution
“It’s so wonderful to see [fashion’s] evolution taking place. As a consumer, as a mother, as a woman — I get goosebumps. The diversity in ethnicity and body shape and size and background and culture — it’s so vital. And fashion has the power to have so much influence. It’s not just style anymore, it’s so much more. And it’s a responsibility that is being taken very seriously within the industry. I’m just so excited to see how it keeps going. Like I love Janaya Future [Khan]. I don’t even know if Janaya would say that they’re an influencer. I just love the voice. I love the platform. I’m so in awe of some of the other influencers, if you will, that are really focusing on social justice, environmentalism, climate change — all of this is so important and it’s so vital. So it’s that integration of this type of influencer — with a voice, with a purpose, with a meaning. That’s what I’m all about. I’m so excited for that.”

Using her platform for good
“I’m still learning how to use my platform. I’m not really great at it; my social media presence definitely needs work. But I’m a one-woman show; I don’t have assistants, I don’t have managers, and it’s not intuitive for me. While I love the creativity of taking photos, I’m terrible at self-promotion. And so I’m still learning how to engage. There was this quote that said, ‘I just want to be an artist, not a brand.” And I had felt like that for so much of my career, much to my agent’s dismay. I had gotten the cover of Sports Illustrated…and then I did a movie with Barry Levinson, and everybody thought I was the new Grace Kelly and I was going to become an actress. And I said, ‘No, I’m actually moving to Costa Rica. And I’m going to help build a school,” which is what I did. I have a propensity to shy away from the spotlight. And I think that carries over into my social media presence. Yes, I will do my job as a model, and I will highlight products, and I will happily do so. But when it comes to activism, I like to call myself an advocate. And it’s not that I don’t have opinions and I don’t have things to say; I just do things very quietly. I’m involved in a lot of different organizations: Surfrider, Schoolyard NYC, No More Plastic…So there are things that I do. But my main focus has always been nature. And it comes from a place of advocacy, rather than activism. And the difference, for me, is that, when I’m an advocate, I’m advocating for something that I believe in because I’ve taken the time to do my research; I’ve taken the time to get the information. And I’m not going to ever preach to anybody about it, and I’m not going to stand on a soapbox about it. I always want to highlight and put insight around it. And then, that way, people can take from it what they want. If I’m not entirely walking the walk, then it’s really contradictory to talk the talk. So I just like to say: This is what we know. And this is my experience. And let me share with you how I’ve been able to adapt.”