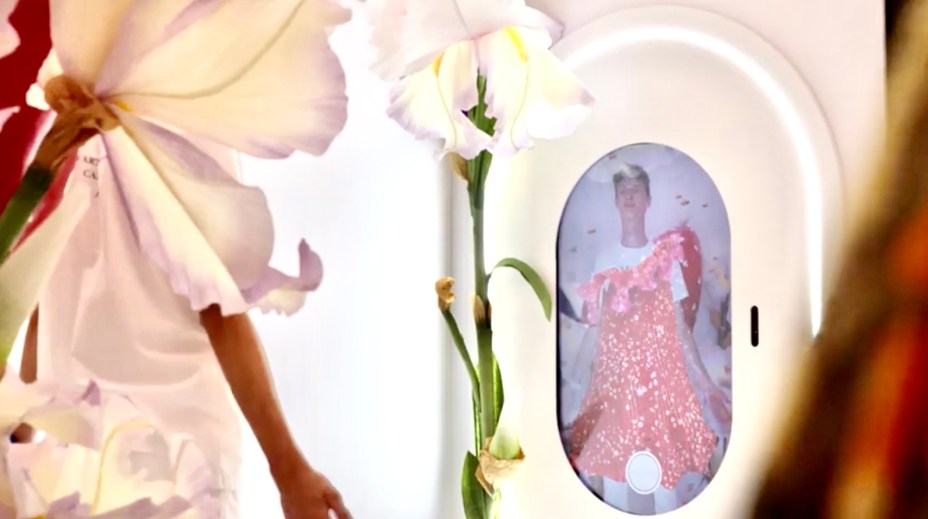 Snap is working hard to create immersive experiences for luxury brands and show that augmented reality can bring the magic of fashion to more people.

Immersive physical design exhibitions have had a long, successful run within the fashion industry. Notably, the Alexander McQueen exhibition at the V&A recorded just under half a million visitors in 2015. The success of these types of events has been defined by scale, storytelling and immersiveness, factors that the fashion industry is reprioritizing as more customers are demanding experiences post-pandemic. Fast-forward, and the exhibition format is being reinvented, this time with technology elements from Snap through AR. The offering, which launched this year, has been tested with two exhibits so far: the “Redefining the Body” exhibit at Cannes Lions last week and the ongoing Tiffany “Vision and Virtuosity” exhibit at the Saatchi Gallery in London.

Snap has been integrating its AR tech across multiple fashion areas, from virtual try-on, to online shopping. Its aim this year is to develop the offering in the online market, but also expand into designer exhibitions. It exclusively partnered with British Vogue for the “Redefining the Body” exhibit, which integrated augmented reality into designer displays from Versace, Stella McCartney and Balenciaga. The exhibition, which ran from June 20-24, saw attendee numbers in the thousands each day, according to Snap.

“What this Cannes experience was really about [for Snap] is: How do we transition into the new tools that more people are using? Augmented reality is booming globally, especially on Snapchat. Every day, we have more than 250 million people who engage with augmented reality,” said Geoffrey Perez, Snap’s global head of luxury.

The aim was to bring in the originality of each designer through both a physical and an AR display. There was a physical display that attendees could walk through. It featured items like giant plastic mushrooms representing the fungi theme of Stella McCartney’s spring 2022 fungi collection, alongside a selection of ruffled dresses from the spring 2010 collection that were displayed on the mannequins. In addition, there was a virtual mirror, where customers could try-on the garments in augmented reality. Other virtual mirrors are currently also being tested as a metaverse integration with brands including L’Oréal. The third portion of the experience was a virtual animation where AR overlaid the exhibition. Attendees could move their phones around them and see the virtual mushroom forest growing on top of the physical one. Finally, there was an animation on top of the facade of the hosting venue, the Centre d’art La Malmaison, which exhibition goers could see in AR with their Snap app as they entered the venue.

The experiential expansion is part of Snap’s ongoing efforts with brands to make AR try-on more realistic and bring in higher returns on investments. In 2020, it launched the Gucci sneaker try-on that has seen positive returns on ad spend, according to Perez. “I’m curious to know how much time it would take to have 18 million people into the Gucci store to try-on sneakers. For us, it took literally three weeks,” said Perez. Similarly, last year, Dior worked with Snap to promote its B27 sneakers through the platform’s AR lens. The AR lens try-on of the sneakers recorded at 6x return on ad spend, Perez said.

British Vogue editor-in-chief and “Redefining the Body” exhibit curator Edward Enninful told Glossy, “AR technology brings us a great step closer to improving inclusivity within the fashion world, by democratizing who has access to a designer’s work. To offer people the chance to step inside the world of fashion even more — to not just imagine themselves wearing these creations, but to see that become a reality through AR — is an exciting opportunity for a brand’s relationships with their consumers, as well as for me as an editor.”

The same kind of AR technology was integrated into the Tiffany exhibition that’s currently underway in London. The brand worked with Snapchat to customize the experiences offered to visitors. Customers could “unlock” the diamond AR building facade display with a QR code from their phones and also try-on the famed yellow diamond necklace from the brand within one of the exhibit rooms. Although only four women have worn the piece in real life, including Beyoncé and Audrey Hepburn, the augmented reality experience allows any customer to open the Tiffany app and try it on themselves.

“We’ve also integrated Snap’s ‘camera kit’ within Tiffany’s app. By entering the app, you’re able to try-on that beautiful necklace,” said Perez. The same experience and technology are going to be used in future integrations, meaning that Snap’s AR experiences could later inform the building blocks for brand-led AR exhibitions.