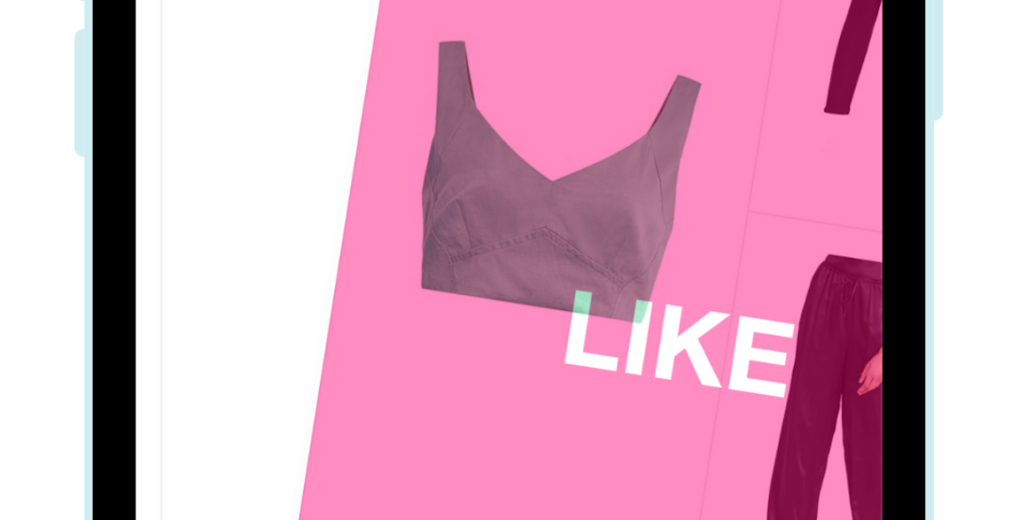 In June, when Pinterest announced its acquisition of 4-year-old shopping platform The Yes for an undisclosed sum, it also announced that it would shutter The Yes app. At the time, The Yes founder Julie Bornstein told Glossy that she hoped most of The Yes’s customers and brands would make their way over to Pinterest. Now a month after the acquisition, an app called Mada, with a similar fashion-discovery-and-shopping focus, is strategizing to scoop up The Yes’s shoppers.

Two-year-old Mada works similarly to The Yes, algorithmically learning users’ style preferences and showing them recommended products from more than 3,600 luxury and mass fashion brands that they can save and buy. Mada’s selling point is that it assembles those pieces into outfits, which can be bought together. Additionally, its homepage offers curated, non-algorithmic outfits created by professional stylists which refresh every few days. While The Yes did not offer algorithmically generated outfits, it did offer curated outfits by its creative director Taylor Tomasi Hill, a street style star and Moda Operandi alum.

“The acquisition of The Yes shows that there’s demand for this combination of content and shopping,” said Madison Semarjian, founder and CEO of Mada. “Like Pinterest, we combine shoppability with discovery and inspiration, but the difference is our focus is on full outfits rather than individual pieces.”

Semarjian said that more than 70% of Mada’s current audience is Gen Z. With the shuttering of The Yes, which boasted users ages 25-70, Semarjian wants to capture The Yes’s older users and expand Mada’s audience into generations beyond Gen Z.

To do that, she said Mada is relying heavily on both gifted and paid micro-influencers in different age groups and on platforms like TikTok and Instagram, most of whom have around 2,000 followers. Since The Yes’s acquisition, Mada has started leveraging micro-influencers in the over-30 age group and content that emphasizes Mada’s full-outfit recommendations. The idea is that customers who miss the curated outfits from The Yes, the likes of which aren’t offered by Pinterest, will gravitate to Mada and its similar experience.

Word-of-mouth is also an important marketing tool for Mada. Semarjain said 90% of Mada’s new customers come to the brand organically, often after users post about the app on TikTok. When one of Mada’s own TikTok videos goes viral, the brand usually sees a 300% increase in daily signups, said Semarjian, who makes the TikToks herself.

Platforms like The Yes and Mada, which combine shopping and content, are the middle ground between retailers and social media platforms, Semarjian said. They offer the actionable shopping prompts of retail, but also allow users to browse for fun without necessarily making a purchase. Social shopping, particularly through Instagram, offers competition to discovery platforms like Mada or Pinterest, but data from eMarketer shows that adoption of Instagram Shopping has somewhat slowed, leaving an opening for other platforms that combine content and commerce.

In addition to making money from sales, Mada also gets revenue from brands paying to be on the platform. It also licenses its outfit-generating algorithm to other companies. Semarjian declined to disclose how many users Mada has. Mada works with both big-name retailers like Bloomingdale’s and Urban Outfitters, as well as individual brands like Ganni and Gucci.

In an interview with Glossy’s sibling site, Modern Retail, earlier this week, Bornstein shared a similar sentiment on the value of discovery platforms.

“People are coming to Pinterest with that [shopping] intent,” said Bornstein, who is now chief shopping officer at Pinterest. “And it’s not the same reason people are going to Instagram. They’re going to Instagram to see what their friends and what influencers are doing. Instagram is a great place for maybe an impulse purchase, but it’s just not the place you would go when you think of — I have this need or desire. Whereas, Pinterest is all about that.”

But Pinterest, unlike Mada, skews older. Seventy-two percent of Pinterest users are over the age of 30, and the largest single age group is between 50-64. Mada’s goal is to gain some of the older users lost in the shuffle between The Yes and Pinterest while maintaining its younger consumer.

“What we’re trying to do is ‘The Lululemon effect,’” Semarjian said. “Lululemon really started by marketing to young people and, once they had that, they expanded and became this brand that people of all ages wear. We have a Gen-Z audience, and now we want to expand it beyond that.”