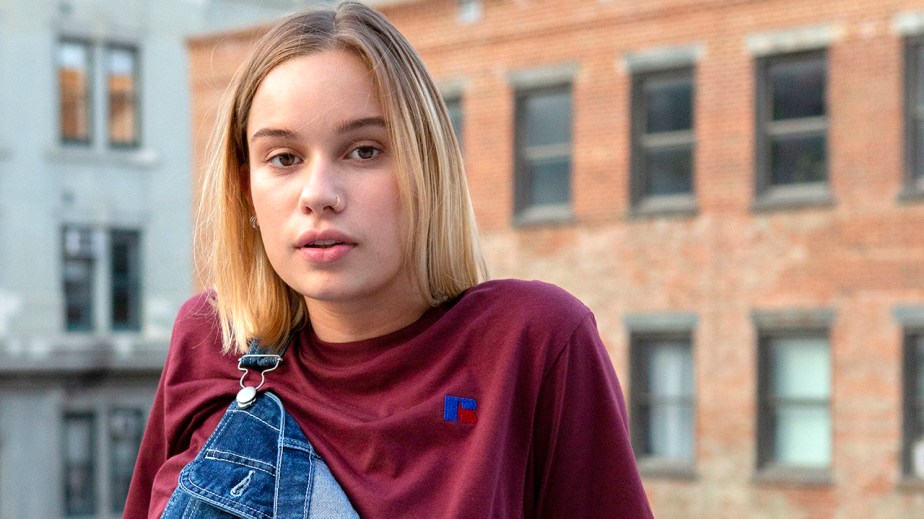 Two years ago, Russell Athletic internally shifted its focus from purely existing as a sports teamwear brand and began leaning toward a fashion and lifestyle positioning. This week, the heritage athletic wear brand is ready to make its big pitch to customers.

Russell is banking on a few different tactics: growing its social audience, penetrating new markets like New York City and creating a more fashion-forward product apart from its performance apparel. A new pop-up opened on Thursday, October 10 in New York City to tackle all three goals at once.

“We’ve been an on-field brand for decades, but a lot of research was done showing that there’s a huge market out there for us on the consumer retail side,” said Greg Galbraith, senior director of marketing at Russell Athletic. “Consumers in my [generation] know the brand because we made their high school PE class uniforms, but our goal now is taking that sports heritage and bringing it to a younger crowd who may not be as familiar with us.”

The New York pop-up is, not coincidentally, situated directly across the street from main competitor Champion’s Soho store, a fact that was pointed out a few times by the Russell team. Russell is hoping for a successful transition similar to what Champion has undergone, thanks in part to support from the streetwear world. It is now a $1.4 billion company. Both Russell and Champion were founded in the early 1900s and both have a claim to athleticwear fame — Russell says it invented the sweatshirt, while Champion claims to have invented the hoodie. Russell Athletic declined to provide information on its own sales or revenue.

Over the three-week period that the store will be open, Russell will be hosting events featuring tastemakers like rapper MadeinTYO. These activations will be pushed to Russell’s social channels, where it has 20,000 followers, and MadeinTYO’s 1 million Instagram fans. It will also debut new products made in collaboration with other streetwear designers, like Carlton Yaito and Edist Sew.

Galbraith said that the way Russell differentiates itself from competitors is its hurdle. “Biggest challenge: telling your brand story,” he said. “How do you get to a different audience, one who is new to your brand? You have to find exciting ways to cut through the clutter. This pop-up and our collaborations and people like MadeinTYO are our way of introducing ourselves.” Russell previously collaborated with Kith, which is known for its sport and streetwear storytelling, in April of this year.

The sportswear market was valued at $84 billion last year and is expected to pass $100 billion by 2025. Champion, for its part, knows that the casual-athletic space is a crowded one and that competitors are jockeying for its position. While Thom Baker, global creative director at Champion, declined to comment specifically on Russell, he did say that the brand is well aware of the continued saturation in the market.

“Our strategy is pretty consistent: we just stick to our roots,” he said. “We’ve had so many moments throughout the decades, the 80s prep moment, rap and hip-hop. There are so many moments already within the brand that we can touch on and that helps us stay competitive.”