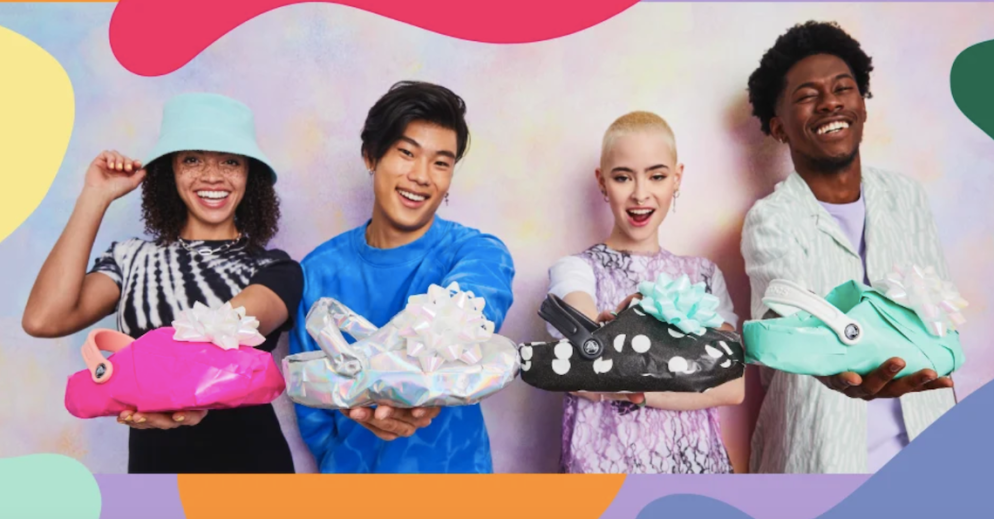 Resale is a harder sell for footwear outside of sneakers

The last year has seen a flurry of brands launching resale programs, especially in categories like denim and outerwear. But outside of sneakers, footwear has notably been absent. Nike and Adidas both have in-house resale programs, but casual and dress shoes are more often confined to third-party resellers like The RealReal.

On Thursday, Crocs become one of the first non-sneaker footwear brands to take a transitional step toward resale. The brand established a new clean-out program for taking back pre-owned Crocs from customers, through the resale-as-a-service platform offered by ThredUp. The program is being advertised across Crocs’ social channels, and for the first month, anyone who sends in Crocs shoes will get a 10% higher store credit, to encourage new users to try it.

Customers can generate a prepaid shipping label online, pack up their old Crocs and send them to the brand in exchange for store credit to be used towards new Crocs. While Crocs isn’t selling its own pre-owned shoes yet — they’ll be only sold on ThredUp, for now —  a takeback program like this is the first step toward a larger circular model for the company in the future. Historically, establishing a path for returning pre-owned items to a brand is the hardest part of getting a resale company off the ground.

For Crocs’ brand president Michelle Poole, the main goal of this partnership is to get people thinking about what happens to their shoes after they stop wearing them.

“Crocs shoes are incredibly durable and perfectly built for a second life, so encouraging customers to consider reuse is extremely important to us,” Poole said. She added that the program would “bring us one step closer to achieving our goal of net-zero [carbon dioxide emissions] by taking action to create a more comfortable world.”

Footwear resale is a tricky space, particularly as shoes get beat up and worn out. Amanda Parkes, chief innovation officer at Pangaia, said that some items, like running shoes, really shouldn’t be resold in their used conditions, since they could be too worn down to be functional and could cause injury if used past the end of their lifecycle. Most sneaker resellers, like StockX, require the shoes being sold on their platform to be in pristine, unworn condition. Because worn-in shoes can be less desirable, even The RealReal didn’t sell shoes when it first launched.

Instead, when it comes to what to do with pre-owned shoes, footwear brands are more interested in programs that recycle old shoes into new ones, rather than reselling the old shoes themselves.

For example, Adidas’ Futurecraft Loop sneakers are meant to be sent back to Adidas after they’ve been worn enough times. There, they are taken apart and materials are reused in the next generation of the shoe. On Running, a running shoe brand based in Switzerland, has a similar program in the form of a shoe subscription. Customers get two pairs of shoes a year by sending back the previous pair to be broken down and turned into new shoes.

“The strategy with products like running shoes that can’t really be resold should be to make them easy to disassemble and recycle,” Parkes said.