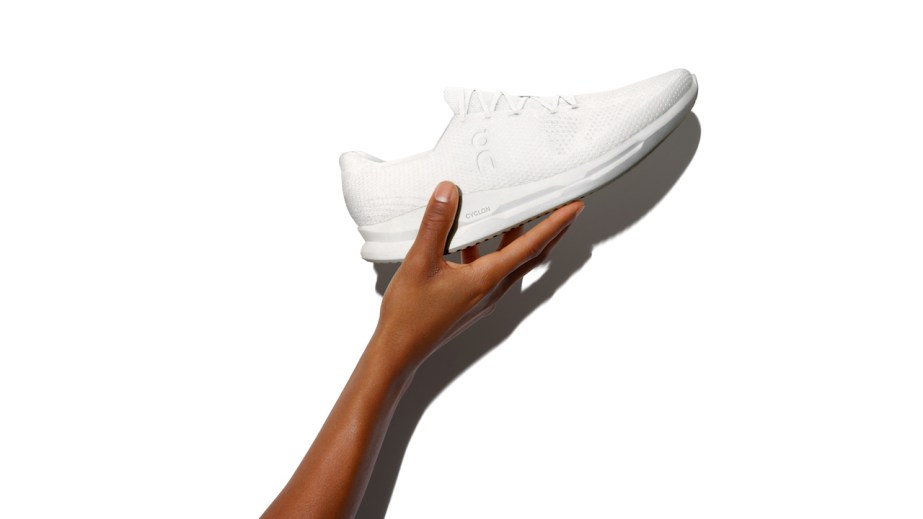 Running shoe brand On launched a subscription model this month, joining the growing ranks of fashion brands looking to subscriptions as a more sustainable and reliable source of revenue in uncertain times.

The service, which launched on Sept. 15, is $30 a month. To start, subscribers get a pair of On’s Cyclon running shoes, which are made from recycled materials. Six months in, they get a new pair of Cyclons sent to them in the mail, and they send the old shoes back to be recycled into raw materials to make more. The math works out to around $180 per pair, which On co-founder Caspar Coppetti said is the price and timeline hardcore runners are used to, since high-performance running shoes should be replaced often to prevent injury. The brand’s highest end running shoes normally range from $170-$220.

Coppetti said he hopes to bring that price down once there are enough subscribers to bring costs down, as well. So far, the program is off to a strong start. Two-thousand subscribers signed on in the first 48 hours and, as of Sept. 25, Coppetti said he was seeing more than 5,000 added per day.

The program was motivated by a desire to make a more sustainable product — the shoe is made from more than 50% biodegradable materials derived from castor beans — but it also comes with a financial motivation for the brand. Every time shoes are sent back for recycling, valuable and expensive materials are returned to the supply chain to be reused.

“Each pair of shoes has $4 or $5 worth of raw materials that are still usable in it,” he said. “That’s money we typically aren’t recapturing. Recycling shoes can be hard since not every piece can be recycled together, so we designed it from the beginning to be as few pieces as possible and all of the same material. So our recycling costs will be low.”

Coppetti said 85% of the brand’s carbon footprint comes from materials, and materials also make up a large part of its expenses, though he declined to share a specific figure. Being able to take the material back and reuse it is a big asset. On does not divulge revenue, but the brand is sold in more than 55 countries including through Nordstrom and DSW in the U.S. Late last year, tennis star Roger Federer became an ambassador of the brand and one of its largest investors, with involvement in product development.

Subscriptions are becoming a more attractive option for fashion brands, as they provide a steady revenue stream. Plus the move to e-commerce and the decline of physical retail means more of the market is available to capture for subscription companies. Ron Harries, svp and head of retail at Fabletics, said the subscription model has been a lifesaver for the brand since March and predicted that more fashion brands will experiment with subscriptions in the future.

“The pandemic has caused us to pivot and rely on our membership customers a lot more,” Harries said. “Those are a lot more reliable right now, when we need them, and we’ve been growing. We have more than 2million members now, [where the brand had 1.5 million members as of the beginning of 2020].”

The biggest challenges for subscription companies are in the initial customer acquisition and the expenses associated with building a new service. Coppetti said customer acquisition costs are higher upfront and require more market research to determine the right audience. For example, On’s team surveyed customers and determined the service would be ideal for hardcore distance runners, but not for a casual audience, and it focused its marketing efforts accordingly.

“We’re standing on the shoulders of giants,” Coppetti said when asked about Adidas’ FutureLoop sneaker, a similar concept that was announced in 2019, though the launch has been put off for over two years and will now debut in 2021. “Frankly, it’s a bit embarrassing [for Adidas] to say that this is the future and then not do it. We make a couple million pairs of shoes every year. That means we can have a big impact. Little changes add up to saving a lot of money and a lot of waste. So for us, we thought now was the perfect time to just dive in and try it.”