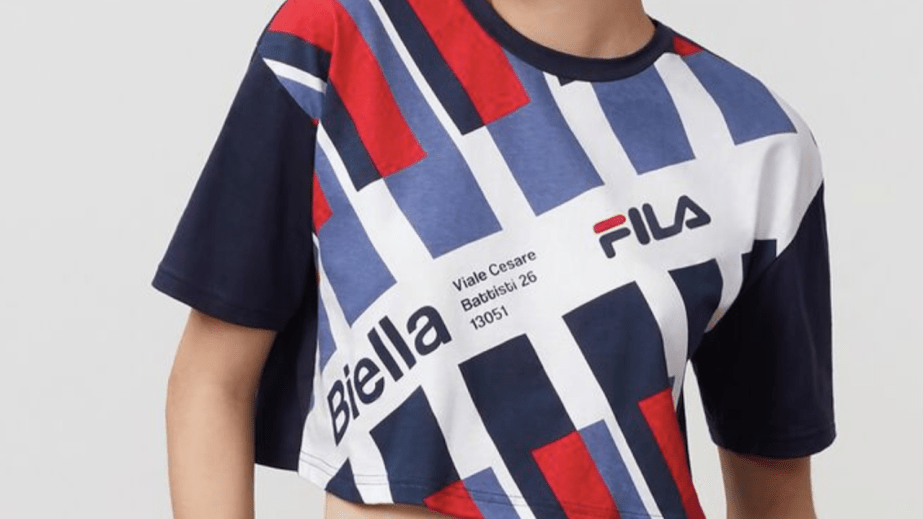 ‘Reinterpreting for today’s customers’: How ’90s brands are leaning into the decade’s resurgence

The 1990s are making a comeback. And while there are plenty of brands founded after the turn of the millennium that are aping the ’90s look by coming out with bucket hats, chunky sneakers and oversized sweaters, it’s a particularly good time for brands that defined ’90s style at its start.

Brands including Fila, Champion and Patagonia have all made a big resurgence in recent years, thanks in large part to the popularity of ’90s style, especially among the streetwear crowd. The sneaker world has been one of the biggest drivers of the ’90s resurgence, helping to repopularize ’90s sportswear brands and inspire high-fashion brands like Balenciaga to get in on the chunky sneaker trend originally pioneered by Fila. From 2016 to 2018, Fila’s sales increased by more than 200%, and from 2018 to 2019, Champion sales rose from $1 billion to nearly $1.4 billion.

Numerous brands that were founded after the ’90s have introduced ’90s-themed products in the last two years. Opening Ceremony touted the ’90s credentials of its most recent collection, and in 2018, Dolls Kill, a company founded in 2011, purchased the rights to the Delia’s brand to capitalize on the love of all things ’90s.

“Part of it is who creatively is in power now,” said Jian DeLeon, editorial director at Highsnobiety. “A lot of the creative directors of fashion houses are all Gen X-ers, so this was when they were coming up.”

The authentic ’90s brands are approaching this newfound opportunity in different ways. Some, like Foot Locker, for example, have chosen to lean hard into their heritage. For last year’s Air Max Day, the company recreated a store to look and feel exactly like its stores in the ’90s, and at the same time re-released iconic ’90s sneakers with Nike.

“The authenticity of it was important,” said Frank Bracken, vp and gm of Foot Locker North America. “We wanted to include our ’90s roots creatively and aesthetically, and reinterpret that for today’s consumers.”

Other brands have taken a different approach. For example, while K-Swiss is far less popular in the United States than competitors like Fila, it has used the renewed focus on ’90s fashion to launch into an entirely new market: China.

“You have to be moving forward,” said Barney Waters, brand president of K-Swiss, who admitted that the brand had its heyday in the ’90s but wants to grow beyond that. “People respect history and heritage, but it’s short-term thinking to only have that in your approach.”

Fila has aimed to walk the line between leaning on its heritage and what people liked about the brand in the first place and releasing new products and designs that move the brand forward. Louis Colon, Fila’s vp of heritage and trend — a position developed specifically to navigate the two sides of the equation — said that Fila’s position in the pantheon of ’90s brands afforded it the ability to cross over.

“You see too many brands — some of my favorite brands — that are just out of tune right now, because they’re playing in spaces where they don’t organically fit in,” he said on the Glossy Trend Watch podcast earlier this year. “It doesn’t feel natural. I think a strength of ours is that we do have such a variety in sports and fashion. We could play to ’90s culture, a trend we’re seeing right now, but we’re not just a ’90s hip-hop brand.”

But not every ’90s brand has been able to capitalize on the moment. Reebok, which was purchased by Adidas in 2005, made a big push last year to highlight some of its classic shoes from over the years, but sales have struggled and revenue fell by 3% in 2018.

“JNCO is one brand that has tried to make a comeback and hasn’t done well,” DeLeon said. JNCO, known mostly for its gigantic, wide-leg jeans, relaunched with eight styles this month, but failed to make much of a splash. “They didn’t really invent anything. Anyone could make a wide-leg jean. I think the key that a lot of successful ’90s brands have is that they’re not just reproducing their original stuff. It’s more like the idea of the ’90s filtered through a modern lens.”

Capitalizing on a trend is one thing, but turning that momentum into a sustainable long-term growth model is the more important piece. If a brand relies too much on the ephemeral nature of trend, then when fashion inevitably moves on to some other decade for inspiration, those brands will be left behind.

Going forward, the key for these brands will be finding the right balance between capitalizing on the popularity of their heritage products without becoming stagnant.

“There’s a lot of fun stuff from the ’90s: the music, the hip-hop, the oversized color-blocking, the ’90s sneakers,” Bracken said. “But you have to be looking forward, too. There’s a time to pay homage to the past, and there’s a time to step on the gas of innovation.”