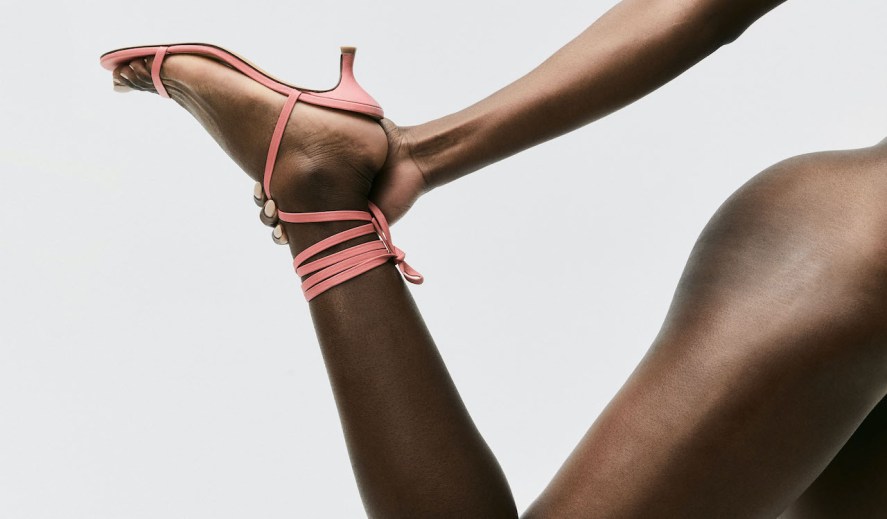 Getting sustainability right is difficult for any brand, but especially for those that specialize in dress shoes.

Compared to the sneaker category, which is full of sustainable options, sustainable dress shoe styles are harder to come by. The reasons: They’re complicated to assemble, and they typically make heavy use of plastics or leather, as there’s a shortage of good alternatives. Kathleen Talbot, chief sustainability officer at Reformation, learned all this from the brand’s first attempt at creating a sustainable shoe line, which she calls Ref Shoes 1.0.

That line was released in 2019, but Talbot said the shoes didn’t meet the standards the brand wanted for sustainability. It was the team’s first attempt at footwear, and the process was tougher than the team could have imagined, she said. So they paused production and went back to the drawing board. Now, Reformation is getting set to launch Ref Shoes 2.0. The collection, which includes 15 styles of flats and heels, has 75% fewer virgin plastics used in production and is fully recyclable. It’s also part of a takeback program created in partnership with Looptworks. The styles launch on May 3 and range from $98-$278.

Reformation is one of several brands that is venturing into sustainable dress shoes. While sneakers have seen bigger leaps in sustainability, thanks to brands like Allbirds and Soludos, dress shoe and leather shoe brands have been slow to evolve. But now brands like Prota Fiori and O2 Monde are working to make dress shoes that are sustainable, with a focus on the No. 1 issue: materials.

“Most dress shoes are leather or faux leather, which is usually some type of plastic,” Talbot said. “For quality and durability reasons, we’re sticking with leather right now, but we know that we want to change that when we can.”

Talbot said that, at the moment, there isn’t a satisfactory leather alternative that is sustainable and has the same quality. But she hopes that, for future Ref Shoes collections, that can change. As part of Ref Shoes 2.0, the brand has joined the Material Innovation Initiative, a global organization working to develop sustainable alternatives to popular manufacturing materials like leather and fur.

Reformation also moved all of its shoe production to Brazil, including the sourcing of materials. Talbot said that Brazil houses the highest number of manufacturing and material-sourcing facilities that meet Reformation’s ethical standards.

Sustainability is a newer concept for makers of dress shoes, which are often set in their ways, said Mirco Scoccia, who has designed shoes for brands like Bottega Veneta and Cole Haan. At the start of the year, Scoccia launched his own brand, O2 Monde, specifically to create a dress shoe brand from the ground up with sustainability in mind.

Typically, the very high-end leather shoe brands order large sheets of leather, cut out the highest quality parts of the pieces for use in their shoes and then throw away the rest, Scoccia said. This leads to a large amount of waste, even if the facility is making a relatively small number of shoes.

“I had to find the right manufacturer who would be willing to work with sustainable non-leather materials,” Scoccia said. “I talked to traditional factories, and a lot of them were not interested. It took a lot of convincing to get them to work with new materials. But they were impressed with the final result.”

In contrast to Talbot, Scoccia said he has found a satisfactory leather alternative. His current line of dress shoes uses a material called Pinitex, which is a leather-like substance made from pineapples. And later this spring, he’ll debut a line of pumps with a grape skin-derived material called Vitigna sourced from vineyards in Tuscany. He said there’s no difference in quality between these materials and leather. They also come in uniform, fabric-like sheets, so the entire piece can be used without a huge amount of scrap material leftover.

There is a drawback to these materials, however. Vitigna is about three-times as expensive as the highest quality leather, Scoccia said. But he hopes that its benefits will outweigh the cost and inspire more brands to use similar materials in the future.

Considering how much the dress-shoe sector has suffered during the pandemic, it can’t afford to not innovate. Sales of dress shoes dropped by 71% over the course of 2020, according to NPD. NPD analyst Beth Goldstein told Bloomberg last year that the category may never recover.