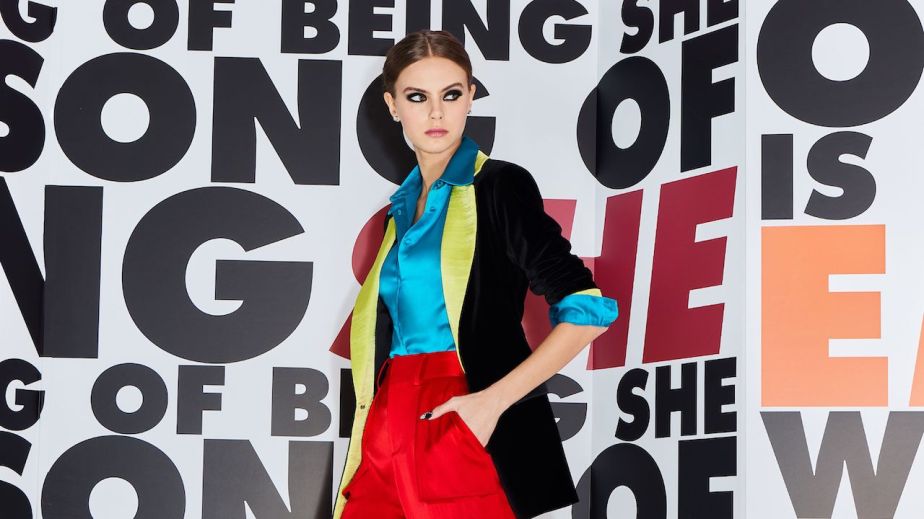 NYFW Briefing: Designers are stepping up to the challenge to show their collections ‘everywhere’

This New York Fashion Week, fashion brands are proving their prowess at doubling as media companies.

On top of presenting their months of work to an audience of insiders, including critics, brands are going to great lengths to amplify their collection debuts far beyond one exclusive room. As brand leaders tell it, taking advantage of IRL shows and the many, many digital counterparts that are now on the menu is good for business.

“My brand is built on community and built on culture, so having people be present and able to experience [the collection] IRL is important,” said Tia Adeola, designer of her 6-year-old namesake collection, two days before her show held on Thursday at NYC’s Prince George Ballroom.

At the same time, “we’re getting it out there everywhere,” she said.

“Social media is a very important tool for us. So, you’ll be seeing Instagram Reels, some stuff going up on IGTV, a lot of TikToks being made and new videos on our YouTube channel,” on top of posts shared by attendees, she said. “We also have IMG, the official New York Fashion Week website, putting out digital assets on February 14. And we always update our e-commerce [site] to [align with] the most recent events.”

As for making the show work for her budget, she said, “I’ll sort that out after the show. I just need to do it.”

Like many designers, Adeola didn’t host a show in September. “It was the first time in a long time that I hadn’t done anything for New York Fashion Week,” she said, calling sitting out “hard to digest.”

It’s a common story. Many brands have opted to dodge the risks associated with a live show in recent seasons. Several have fallen back on digital-based presentations and, at the same time, become increasingly sold on the power of a show catered to a global audience. Now, they’re weighing the decision to go all-in, across the board.

Some make it look easy.

“People are craving community and interaction again,” Bendet said, ahead of the show. “But February is a tougher time: You’re dealing with Omicron, you’re at the height of flu season, and everything has to be indoors. We pulled back a little bit, to do something both socially responsible and successful.”

The party featured two mini-vignettes of models, a live screening of the film the brand developed for its social channels and, of course, plenty of influencers wearing the brand – TikToker Olivia Ponton and “Gossip Girl” actress Savannah Smith among them. For added press, “The Bachelorette” star Tayshia Adams was spotted interviewing Lea Michele for the E! network in the middle of the party.

On Friday night, 11 Honoré held its show at Spring Studios, converting its Spring Place restaurant into a sexy lounge with ample room for a runway. Kicking off the runway show was a black-and-white video lookbook featuring model Candice Huffine that was shared on 11 Honoré’s social channels. On tables, it distributed a newspaper-look publication dubbed “Page 11,” which included a profile on its design director, Danielle Williams Eke, a small trend forecast and a QR code. The latter led to an e-commerce page to immediately shop the runway collection.

A handout at PatBo’s show on Saturday also featured a QR code, which linked to a blog-style write-up on designer Patricia Bonaldi’s creation process for the season, among other show-related information.

On Friday and Saturday, Henry Zankov, designer of 3-year-old knitwear brand Zankov, gave appointment-based showings of his collection to editors at a showroom in Soho. It was his first time showing his work during NYFW. He said it was important to take part as the brand grows– it’s newly being sold at Net-a-Porter, its first wholesale partner. But it was also important to do so in a way that felt authentic to the brand.

“I like the idea of intimacy,” he said, adding, “When you have a strong signature [aesthetic], the work speaks for itself and cuts through the noise.” 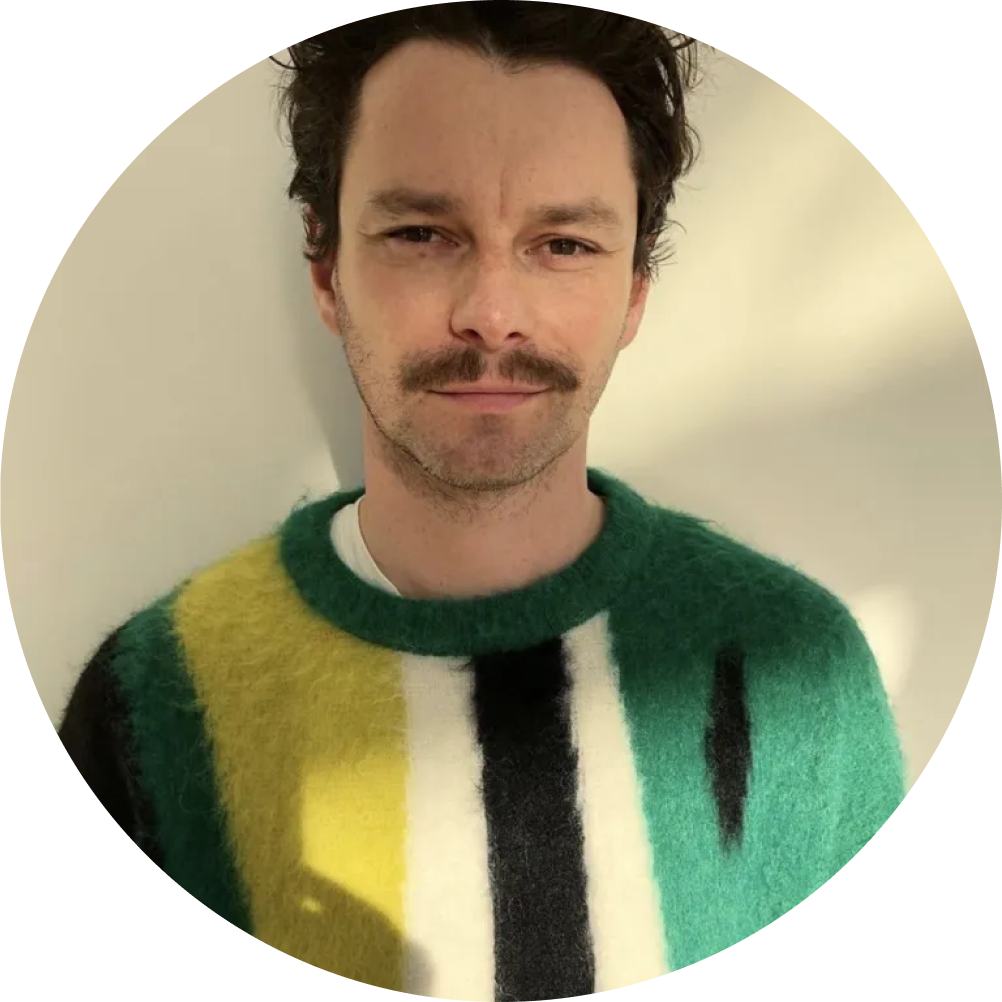 I like the idea of intimacy. When you have a strong signature [aesthetic], the work speaks for itself and cuts through the noise.
Henry Zankov
KNITWEAR DESIGNER & FOUNDER OF ZANKOV STUDIO

Zankov said many people who booked appointments had been trying the clothes on, and taking and sharing pictures. What’s more, the brand loaned clothes to several musicians to wear during the week’s events.

To complement the IRL experience, Zankov released a lookbook of portrait-style images that have been rolling out on its Instagram and were on display at the showroom. Shot by Michael Avedon, they were meant to show the versatility of the styles via a diverse cast of models.

As a whole, fashion week is expanding as a multi-media event. For its part, NYFW: The Shows released a color-coded calendar this season to clarify which shows are on-site and which are offsite, as well as which are being live-streamed, presented digitally only and presented as lookbooks only. It also played host to a museum-style exhibition, in collaboration with Afterpay, of Rodarte’s decades of work for film and runway.

As retail continues to ramp up after two years filled with roadblocks and challenges, it makes sense for brands to use as many mediums as possible to get their products in front of as many people as possible. The extra efforts, though no doubt hard to pull off, are increasingly needed to make a fashion week activation “worth it.”

And they’re not often wasted.

Case in point: the lone Alice + Olivia guest wearing a rainbow-bright A+O look who was spotted dancing for a TikTok in the corner of Zero Bond’s Assouline library.

Headquartered in Spain, 41-year-old Custo Barcelona expanded to the U.S. in 1996 and had consistently hosted a New York Fashion Week show for more than 25 years before taking a hiatus during the pandemic. Sunday marked its first show in two years and was themed “Turn the Lights On,” because “we’d like to think we are exiting this dark tunnel,” Dalmau said.

What does Custo Barcelona differentiate among fashion brands?

“We know all women have a closet full of clothes, so we [aim] to seduce them through emotional pieces. Creativity and innovation are key words for our work, and our goal is to always do [fashion] for women who are secure and like to express their individuality.”

In what ways are you innovating?

“We are working in an advanced language for fashion; we do a lot of research on silhouettes, volumes and materials, and we try to create something that’s not in the market. We are not fashion designers; we are creators of clothes. And we’re dedicated to being experimental. It can be casual, but then [it should be] creative-casual or experimental-casual.”

Is the fashion world too safe, as you see it?

“During the pandemic, creativity has gone down. It’s only natural – people don’t need to [dress] creatively, if they’re staying at home. So in the market, we need more creativity now. It’s too flat.”

Why host an IRL fashion show?

“We are from the old school; runway is the school where we grew up. There are other, maybe better ways to show collections today. But for us, doing a runway show is about the emotion of it. Today, as we show in front of 700 people, we’re coming back to life. “

Crossing traditional gender lines is becoming the norm. During a cocktail party on Saturday evening, jewelry brand Mejuri and Jenna Lyons debuted a collaborative collection with one of the hero products being a unisex pinky ring, traditionally worn by men. Also this weekend, Zankov debuted a lookbook featuring its new styles shown on both men and women. And on Thursday, designer Tia Adeola introduced menswear on her runway via light trousers and button-downs that would look at home in any woman’s closet. 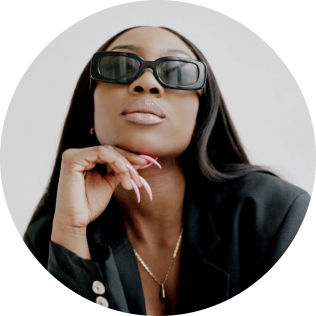 “The idea of the fashion calendar is quite a traditional one, and I’m Gen Z. Also, [doing an NYFW] show is a way that many designers get into financial trouble. I don’t think that’s spoken about enough. I enjoy the process of putting on these productions and having these experiences. I just don’t know how much longer I’ll do so based on the fashion calendar.”
Tia Adeola, Designer

Opening the Custo Barcelona show on Sunday were several commercials for sponsors including LH Cosmetics and men’s mental health company Inherent, followed by a (very) lengthy brand video. Once concluded, a cameraman in the pit said aloud what everyone was thinking: “Finally!”