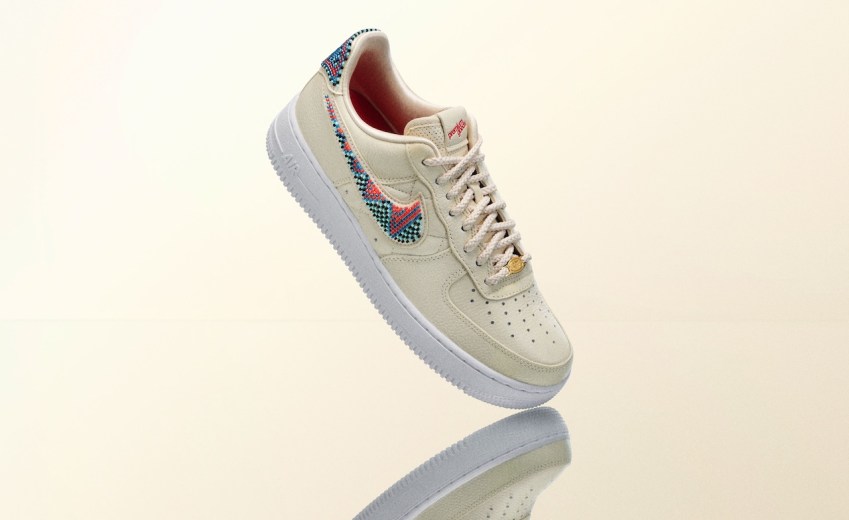 Nike is one of the most eclectic and prolific collaborators in the sneaker business, regularly releasing new shoes made with everyone from athletes like Lebron James to luxury designers like Jacquemus. But this week, the brand is releasing its first-ever collaboration with a women’s retailer with the Premium Goods x Nike Air Force 1.

Premium Goods, run by Jennifer Ford, is a Texas-based sneaker retailer that’s been a prominent fixture in women’s sneakers for more than 20 years. Ford herself has been in fashion even longer, getting her start as a jewelry buyer at Lord & Taylor before opening Premium Goods in 2004. Premium Goods has a large audience both within Houston and throughout the south, with 100,000 followers on Instagram. For Ford, Nike’s collaboration with her company is a signal that the women’s sneaker business is finally getting the recognition it deserves.

“Twenty years ago, maybe one or two real women’s sneakers would come out of the big brands each year,” Ford said. “They were hard to wear. The quality was lower. It was more comfortable to wear high heels than Air Force 1s back then. Everything was pink or fuchsia.”

In addition to designing her new shoe for Nike, Ford got to help decide its distribution. For the two colorways she designed — called Sophia and Bella, after her daughter and niece — Ford picked women-owned sneaker retailers and stores. They include Makeway, a women’s sneaker store in Toronto, and Sally’s in Los Angeles. While Ford picked the shoe’s carriers in North America, Nike chose where the shoe would go internationally.

The question of Nike’s shoe distribution has been weighing heavily on the minds of many sneaker retailers, ever since the brand announced its DTC shift in 2021 and began dropping long-time retail partners like Zappos. Even Nike’s biggest retail relationships were affected, with Foot Locker announcing in March 2022 that Nike would make up less than 55% of its total inventory moving forward.

Nike has more than 40% market share of sportswear globally and is one of the most commonly stocked brands on any sneaker store’s shelves. A 15% increase in DTC sales in the third quarter of 2022 has led the company to continue doubling down on its direct-to-consumer strategy. Wholesale still makes up more than 50% of Nike’s sales, but the balance is shifting. Nike grew its direct sales from 16% of total revenue in 2011 to 35% in 2021. In its last reported earnings total revenue was $12.7 billion, and direct sales made up $5.1 billion, making direct sales around 40% of revenue.

But Ford said, so far, Nike’s shift hasn’t been nearly as big an issue as she had feared.

“When its [DTC strategy] was first announced, everyone was scared, myself included,” she said. “[I thought,], ‘Why would someone come to our store when they could buy straight from Nike?’”

She said a Nike rep spoke to her personally and assured that any reduction in supply of Nikes to Premium Goods would be negligible, at most. Ford said that’s held true.

“We still get first launch on a lot of their products, and they wait to sell through their direct channels after we’ve gotten a chance to go first,” Ford said. “We’re working together, and it hasn’t been a huge disruption.”

Nike’s strategy, as the company laid out in December, is to continue reducing its wholesale orders to retailers and not ink any new partnerships. But it plans to work in closer collaboration with its remaining retailers, like Premium Goods. This will allow the company to maintain good relations with high-value partners while still emphasizing DTC sales.

“The smart thing about Nike’s approach is that they are able to be agile with their go-to-market approach,” said Kristin Naragon, vp of global marketing and strategy at retail tech company Akeneo. “When a company focuses its entire strategy around customer experience, it’s a difficult focus to maintain when customers are fickle and buying behaviors change by the moment. That’s why having the ability to pivot and constantly tweak investments or emphasis on different routes to market is critical.”