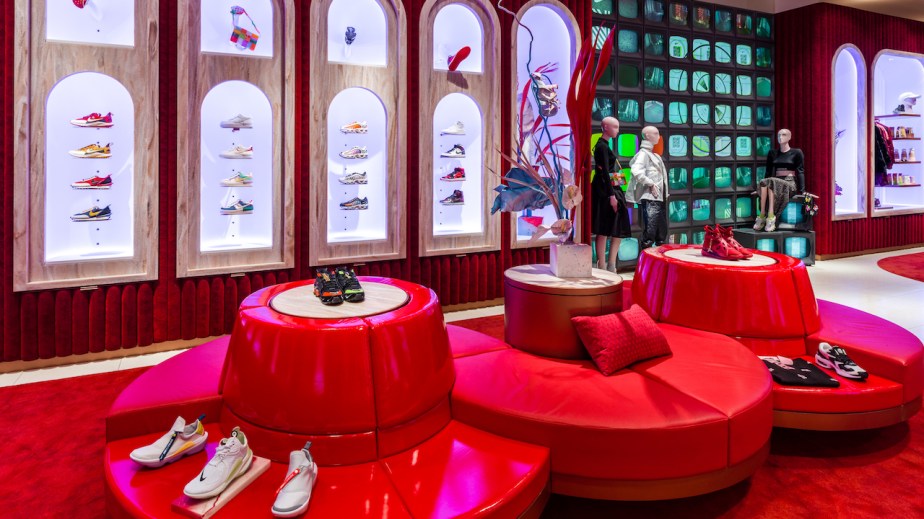 In the last two years, Nike has increasingly made its pivot to a DTC-first business model known. The company has bulked up its direct channels by opening more Nike and Jordan stores and pulling out of wholesalers like DSW. This was considered a “blow to the middle tier of wholesalers” at the time.

But on Nike’s second-quarter earnings call on Tuesday, the brand softened its stance and indicated that wholesale will still be an important part of its strategy going forward.

Nike chief financial officer Matt Friend said on the call that part of the reason Nike’s wholesale partners have been shafted in the last year was due to inventory constraints which have since cleared up.

“We were prioritizing adequate inventory levels within Nike Direct,” Friend said. “And so, we’re seeing strong demand as we go back into our wholesale partners with available supply that’s enabling us to increase our open to buy in that channel.”

This translated to Nike cutting ties with small but long-time retail partners like Zappos, Dillard’s and Bob’s Store, larger continued partner Foot Locker seeing its Nike sales drop from 75% of the business in 2020 to under 60% in 2022, and Nike’s direct sales growing by more than 34% this quarter.

And while Nike will continue to prioritize its direct sales and isn’t inking new wholesale partnerships, Nike execs said the company will be working more closely with its remaining wholesale partners. Mainly, Nike will help bring elements of its membership program — which has more than 160 million active members — to outside retail partners.

“This quarter, we spent a lot of time with Mary Dillon [CEO of Foot Locker] and her team talking about how the next phase of growth for us can jointly be around real opportunities of basketball and sneaker culture and kids,” said Nike CEO John Donahoe. “So there’s a lot of excitement with our wholesale partners and what we can accomplish together, and particularly through a connected membership environment.”

This strategy can be seen in recent announcements from Nike’s wholesale partners. In September, for example, European retailer Zalando announced that customers can now link their Nike membership to their Zalando accounts to receive the same discounts and benefits they’d receive if shopping from Nike directly. A few days later, Nike announced a similar partnership with JD Sports.

According to Kristin Naragon, vp of global marketing and strategy at retail tech company Akeneo, the fickle nature of consumer shopping habits is causing Nike to keep both the direct and wholesale doors open, so that it can pivot quickly as shopping behavior changes.

“Having the ability to pivot and constantly tweak investments or emphasis on different routes to market is critical,” Naragon said. “A core way to do that is by having your product experience strategy nailed down so that you can infuse product touch points wherever the business needs to market, sell or otherwise support customers.”