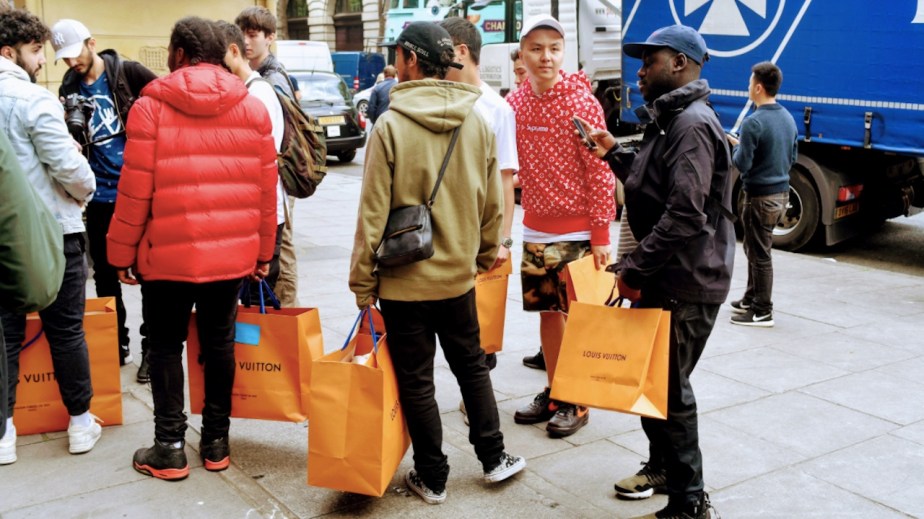 Platforms like Rent the Runway, which was recently valued at $1 billion, have made fashion rental a popular and accepted way of consuming fashion. Still, there’s a lack of rental platforms for streetwear, one of the most buzzed-about fashion categories in the last decade.

On the resale front, there are no shortage of platforms catering to streetwear. Including StockX, Stadium Goods, GOAT and even Poshmark, there are plenty of places where customers can buy pre-owned streetwear. But rental, the other alternative ownership model, is much rarer in the space.

According to the founders of The Mercer Club, a rental service that launched Monday, the reason comes down to the fact that streetwear is primarily dominated by men’s fashion, and men’s is evolving slower than women’s fashion.

“Rent the Runway is huge,” said Chike Achebe, co-founder of The Mercer Club. “The only men’s rental platform that comes close to that is Black Tux, but they only rent one thing. Men’s has traditionally been less adventurous than women’s. Our grandfathers wore the same cardigans, the same khakis, things you don’t really need to rent. That’s changing now.”

As men’s fashion outpaces women’s in growth, it also is becoming more dynamic and is moving much faster. Ezidiegwu believes this is creating an opportunity. Customers now have more reason to cycle through a large amount of clothing, making renting more appealing.

Rent the Runway, the most successful rental business out there, has mostly steered clear of streetwear beyond launching a few streetwear-adjacent brands like Fila and MSGM. This is partially because the company has focused entirely on women since its inception and most streetwear designers ignore the women’s market.

Rent the Runway’s COO Maureen Sullivan said in an interview with Glossy last week that it has no intention of entering the men’s market in the near future as there is still “a lot of economic value in women that has yet to be tapped into.”

But Chris Hasek-Watt, founder of the only other notable streetwear rental service, Rotarity, said Rent the Runway’s success gave him the confidence to launch Rotarity. “RTR broke ground in a great way,” said Hasek-Watt.

But the speed of streetwear cycles may also be a hindrance to dedicated rental companies. Streetwear drops from Nike or Supreme are notorious for being difficult to acquire. The first few months after a sneaker comes out are the times when people are most likely to try and get it, and by the time it makes its way through a couple of rental cycles, some of its luster would likely wear off.

The Mercer Club is hoping to give its styles ample longevity by making many of its products available for rent on the same day they drop. Customers can rent any number of items, paying either $25 or $45 per item per day, depending on the item.

“The classic Supreme box logo will always be desirable, but the majority of our stuff is highly seasonal,” said Travis Ezidiegwu, co-founder of The Mercer Club. “You get things right as they come out. I think that’s important for a lot of people.”