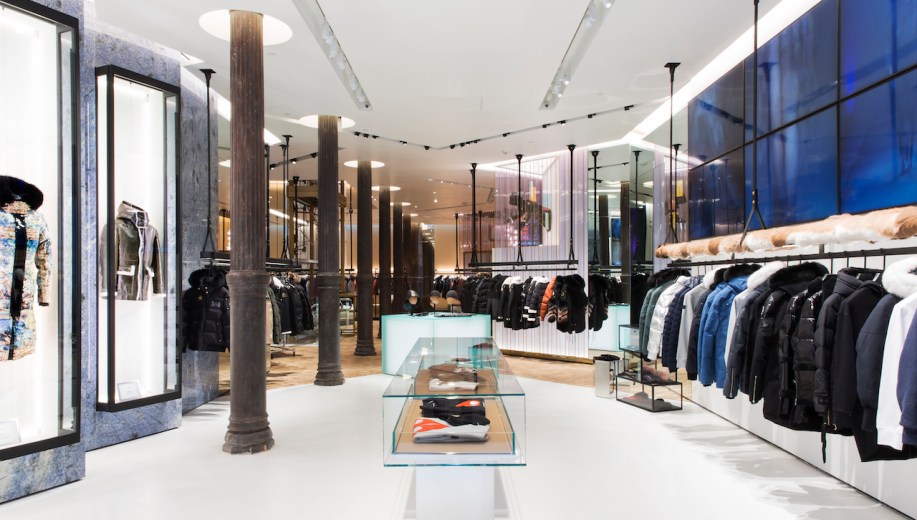 Moose Knuckles leans on wholesale and micro-influencers as it embarks on U.S. expansion

Founded in 2007, Moose Knuckles has seen five consecutive years of 60-70% annual growth in sales. It’s projected to grow the revenue an additional 70% this year. CEO Ayal Twik said word-of-mouth has been a major factor in driving that continual growth in Canada and abroad, especially in Korea.

“We really grew very quickly because Koreans living in Torontobecame really into the brand about six years ago. The community told all of their friends back in Korea, and then a lot of the Korean celebrities started wearing our jackets,” Twik said.

Moose Knuckles has a flagship store in Toronto, which opened in 2017. The store opening came right around the time Canada Goose started to build its own cult-like following among celebrities and everyday consumers alike. Canada Goose coats sell for roughly $1,700, while Moose Knuckles parkas range around $1,200.

Word-of-mouth teamed with the company’s wholesale strategy has helped it move into new markets, like New York, and start building small, but loyal followings there.

Last week, the company opened its first standalone store in the U.S. — a flagship store in New York. The company is partnering with micro-influencers to help raise awareness of the store and to help build small communities in specific markets like New York City, where the brand is just starting to see growth.

The company doesn’t do much in the way of sponsored posts, but rather works to build relationships with micro-influencers and gifts them product. Moose Knuckles currently has over 80,000 followers on Instagram.

“We have a full-time [a head of social media] here in New York that curates relationships with different people around New York, people we think are cool: artists, musicians, DJs, chefs, baristas. Using that sense of community is how we build the brand in new markets,” said Twik. “Once we build those communities, it’s like dominos.”

While word-of-mouth has been a big help, Moose Knuckles also focuses on getting into as many retail doors as possible, with a focus on luxury retailers. Currently, Moose Knuckles is sold in nearly 1,000 doors in 30 countries worldwide. In the U.S., the company works with Nordstrom, Bloomingdale’s, Neiman Marcus and Saks Fifth Avenue, as well as a number of boutique retailers across the country.

Currently, 75% of Moose Knuckles’ business is coming from outside of the U.S., but the company hopes to shift some of that focus to the U.S. in the next year. Moose Knuckles has been sold in the U.S. through wholesale partners since 2015, which will likely play in the brand’s favor as it opens its first U.S. store, said Jay Hakami, president and CEO of Sky IT Group, an insights platform for retailers.

“If you open your own retail store, and no one knows you as much, I’m not sure the consumer would walk in. But if they see the brand in a prime location in Saks, Bloomingdale’s or Nordstorm, people will think, ‘If Saks is carrying them, it must be good,’ and all of a sudden, the brand gets more visibility into the U.S. market,” said Hakami.