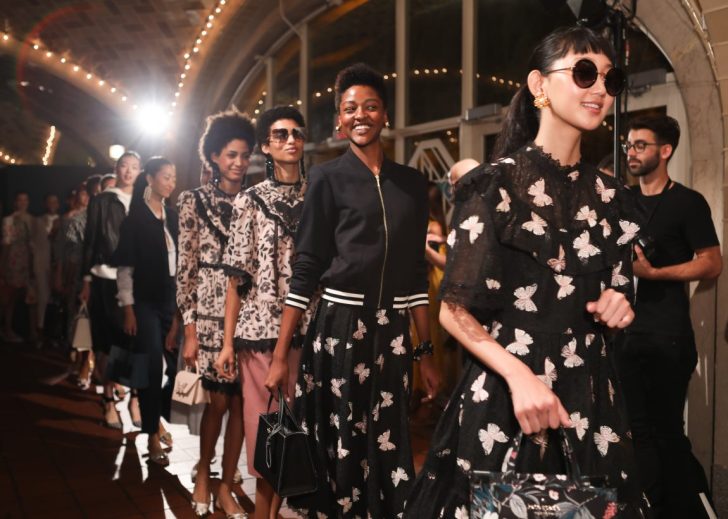 Kate Spade pulls out of NYFW

At this point, New York Fashion Week seems destined to be disrupted.

In September, the flare-up of Covid-19’s Delta variant derailed many brand plans, Now, Omicron is doing the same for designers planning to show in February.

Tom Ford, who usually closes the week, already announced that he won’t be showing at NYFW due to a surge of Covid-19 cases on his staff and factory closures in Italy. And Thom Browne has opted to postpone his show until April, just before the Met Gala. The latest NYFW mainstay to drop out is Kate Spade.

CEO Liz Fraser said the brand will not be showing in February, in favor of doing a presentation later in the spring outside of NYFW. Fraser said that the decision was not new, but had been planned for some time.

“Over the past year, we have thoughtfully shifted our approach to NYFW by welcoming in our community of brand fans in NYC, in addition to the industry, for a quintessential Kate Spade experience,” Fraser said in an email. Moving forward, shows will be held outside of the bounds of NYFW and will be open to the public, rather than a closed event.

In September 2021, the brand created an artificial apple orchard in the middle of New York’s Chelsea neighborhood to show off its spring collection. While this was an official NYFW event and was listed on the calendar, it began Kate Spade’s distancing from the traditional runway show. Kate Spade was a regular at NYFW before the pandemic. In 2018, it hosted a tribute show for its late founder, Kate Spade, who passed away in 2018.

“It’s not just a fashion week event,” Fraser said at the time of the September 2021 presentation, which attracted a large crowd. “It’s open to the public. It’s a gift to the city.”

At the same time, Jenny Campbell, CMO of Kate Spade, said that open-ended presentations, especially if done outdoors, were preferable to a traditional runway show. They’re more flexible and less risky than gathering a big group of people indoors for a single occasion, she said.

“I would really love to do more things like this in the spring,” Campbell told Glossy in September. “But we don’t have any concrete plans yet.”

As for what to expect from the Kate Spade show come spring, Fraser said, “The 2022 seasonal collections tell a story of celebration. We look forward to opening our doors to present our newest collection and bring together our New York community for a weekend of immersive experiences.”

Kate Spade and its parent company, Tapestry, logged more than $225 million in profit in the last quarter of 2021, putting the portfolio back on a positive track after pandemic-induced losses. While Kate Spade makes less than its larger counterpart Coach, which accounted for 75% of Tapestry’s revenue, Kate Spade has positively contributed to that growth. The brand brought in $300 million in sales in the quarter.