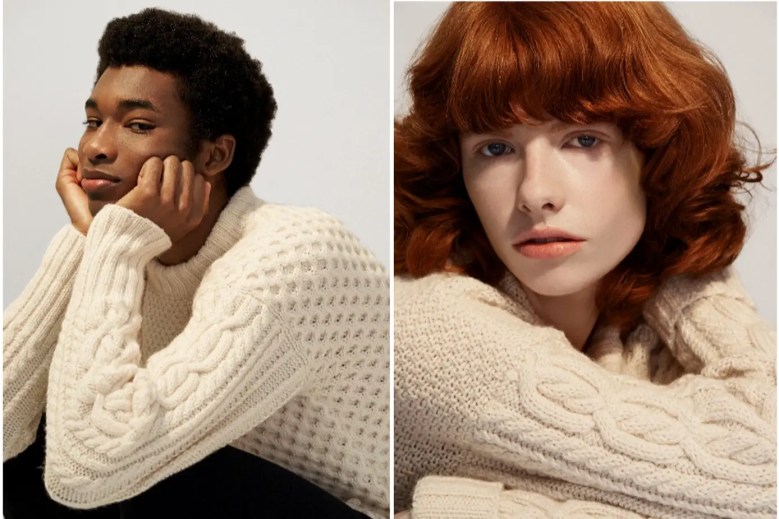 As the world’s oldest manufacturer at 238-years-old, John Smedley has captured the hearts of many luxury consumers. The company produces its menswear and womenswear, which has been worn by everyone from Sean Connery as James Bond, The Beatles and Audrey Hepburn. It’s also collaborated with fashion brands like Vivienne Westwood and Sacai. Having found success in the U.K. and Japan, it is now setting its sights on China, with a digital mini e-shop of its most popular products launched through WeChat last week.

Since the company started trading overseas via its website in 2000 — far earlier than fashion’s broader adoption of e-commerce — it has seen mass interest in its heritage knitwear from Europe, North America and Japan, the latter of which is the brand’s largest export market. The success in Japan has led to the company opening 10 stores since 2019 in cities like Tokyo and Kyoto, as well as localized e-commerce. John Smedley’s leaders now hope that, just as younger Japanese shoppers have done, millennial and Gen-Z Chinese customers will think of the brand as they search for quality, longevity and sustainable fashion. Its customer base varies across European and Asian markets, with an average 25-year-old female shopper as its core.

This clear variation between markets has led to different approaches for John Smedley’s overall marketing strategy. Ahead, deputy managing director Jess Mcguire-Dudley shares how it is doing business in various regions.

How does John Smedley, a heritage brand, approach different markets?
“As we continue to build up the global picture of John Smedley the brand, it’s quite interesting to look at these localized variations. Our brand can look quite different in Japan and in America, and it’s going to look quite different again in China. The challenge is making sure that the umbrella for the brand, above all of those localized bits of activity, still has the power and strength of the brand.

We were a bit risk-averse in the past and tried to keep everything in one central hub, but actually opening it up and having that localized content has only grown our database and made us more appealing to customers. With the launch into China, part of that decision was to launch the new channels there with WeChat, Weibo and Little Red Book. Our association with ‘Bond’ films is also incredibly popular in China, so we have to make sure that all of our content pages that talk about that are translated and updated and relevant for that market.”

How has your experience in Japan informed your marketing strategy in China?
“The Japanese customer likes to have a very European look and feel, whereas when we’re representing the global brand, we want more diversity in terms of demographics and ethnicity. So we started allowing the local markets to do their own shoots for social media to blend some localized content with our main brand content.”

Why did you choose to focus on younger shoppers in China?
“In the Japanese market, we’ve been quite forward-thinking in localizing our content and our products for a number of years. We hadn’t really expanded into another big market in the same way. What we found is that with our other big markets — Germany and Italy – there are no new channels to use to reach new customers. But in China, you’ve got completely different ways to communicate with customers via Weibo, Little Red Book and WeChat.”

What has the reception in China been like since your launch?
“The initial reception we’ve had in the last month has been positive. This is the first time where we’ve put localized content, translation and new marketing channels all together to reach a new market. When we ran the focus groups, we found that people were really interested in things like where we were sourcing our wool from and what the real benefits of sea island cotton [is], compared to other cotton. This interest in quality was a key driver with younger groups.”