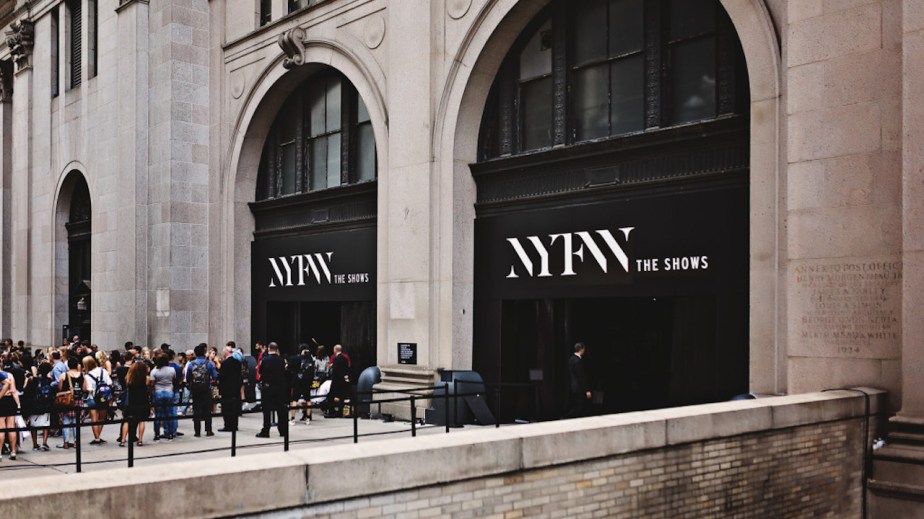 Mike Carney is one of fashion’s most powerful people.

The ex-NYPD cop has been in charge of granting access to New York Fashion Week shows for the last 24 years, since being hired on to the NYFW security team, now 50 people strong. Carney, a supervisor, has not missed a season since, working every day of the bi-annual event, from 7 a.m. until the last person leaves the last show.

On the last day of NYFW fall 2019, Carney recapped his fashion week experience to date, including what lengths people have gone to sneak into shows and what keeps him coming back.

Are people still trying to sneak into shows?
Of course. Sometimes they’re honest, like, “I just want to come in. I came all the way from Jersey. Please?” But people will try to come in with tickets to another show. Or they give someone else’s name. It happened years ago more than it does now — technology has changed a lot. It used to be simpler, with the table, the clipboard. Everyone wrote a seat number on an index card, and that’s how it worked.

So it was easier in the Bryant Park days?
There was a Staples across the street. All you had to do to get in was get to the check-in desk, just give some name and just see what they were doing. And then you would get turned away, go across the street and get an index card and write exactly what they were writing. I’d always send them back to the check-in desk, then I’d be behind them mouthing, “No.”

Do they learn their lesson?
I’ve seen people cry, but they usually just look up the next show to try to get into.

What about all the celebrities coming in and out — do they make your job harder?
We’ve never really had any problems with them. We have meetings every day, and we go over the A-list celebrities coming in; I like when there’s a younger person in the room, because I’m not sure who everyone is. But we always know who’s coming. Laura Bush was here once. And Paris Hilton used to come a lot, and the paparazzi would always try to get in. We just kept them out and made sure she got in safe.

So what’s happened on your watch that would qualify as a problem?
Years ago, at Bryant Park, we had some incidents — we had protesters come, PETA, stuff like that. We held them outside and made sure they didn’t get in. Nobody ever got hurt. But we were also here on 9/11. I remember it like it was the other day.

Were you in the tents [at Bryant Park]?
Yeah, we actually heard the plane go over. Then we had a couple of our guards coming in from Staten Island who had to call and say, ‘They closed the bridges.’ They were rehearsing the Oscar de la Renta show, and myself and my boss and Oscar’s bodyguard were standing backstage with [Oscar], and my boss got a phone call, like, “What happened?” From that moment on, all the stories started rolling out. It was the craziest day at fashion week, bar none.

What do you look forward to every season?
A lot of the security guys used to like going to see the Betsey Johnson show. We used to have somebody come to our post so we could go. We always loved that, and the crowd was always great. We miss having Betsey here. But now my favorite part of fashion week is when I see [former CFDA president] Stan Herman and he gives me a hug. How do you not love that guy?

So it’s not just another job for you.
I enjoy it. It’s long, but I’ve been doing it for so long, I know what coming. You can change the venue, change a lot of things, but it’s really basically the same. And people are genuinely happy to be here. It makes it fun.